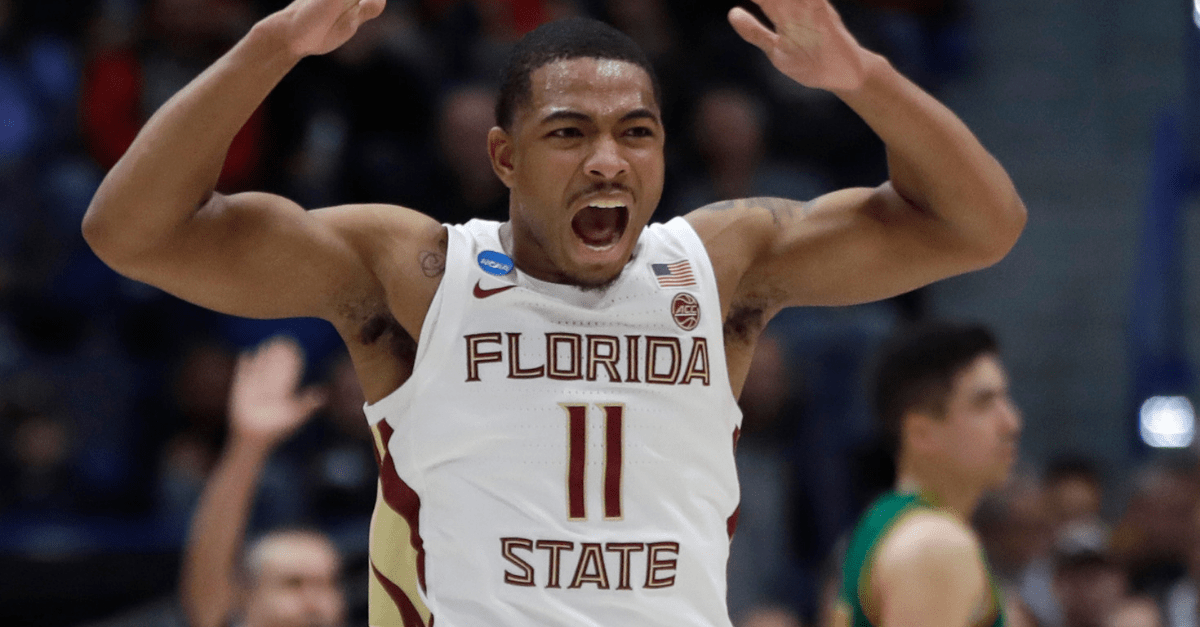 It took almost the entire game to pull away from the Vermont Catamounts, but the Florida State Seminoles eventually went on to win the first-round matchup of college basketball’s NCAA Tournament by a score of 76-69, but it was definitely a struggle for the first three-fourths of the game.

With the 12-seed Murray State Racers having one of the more impressive performances of the tournament thus far, the Seminoles have some issues they need to solve before their second-round game on Saturday if they want to return to the Elite Eight.

David Nichols Movin the #Noles on in the bracket #MarchOn pic.twitter.com/w3I6gA5VBA

Any win in March is a good win, but there was to be desired from the performance against that 13-seeded Vermont team.  Most of their issues for me stem from their inability to take advantage of their size. The Catamounts were a much smaller team, and yet they weren’t bullied inside nearly as much as they should have been.

Moving forward, these five areas were most concerning and should be the ‘Noles focus to help their chances in future tournament games.

In the game, Florida State only made 21 of their 55 field goal attempts and three of their 12 shots from behind the arc, just 25 percent. There were times when they had Mfiodu Kabengele or Christ Koumadje with a player much smaller guarding them, and they weren’t even attempting to get a shot close to the rim. Kabengele had 21 points and 10 rebounds, but I honestly think he should have scored at least 30 if they fed him the ball consistently.

That MAN who split a triple team and dunked over all of them took 13 shots and only hit six of them because a lot were mid-range jump shots. Against Murray State, FSU won’t have that mismatch in size again, even though they didn’t take advantage of it in the first round.

2. Barely Winning on the Glass

Of the nine Vermont players who played in the game, only one of them was taller than 6-foot-6. That one player was Ryan Davis, who at 6-foot-8 played just one minute ? It makes no sense that Florida State only grabbed six more rebounds than the Catamounts. The big difference came on the offensive glass where the Seminoles grabbing 12 offensive boards compared to just seven for Vermont.

With the size advantage, I would have thought they would dominate on the glass and control the game with offensive rebounds, but they just couldn’t consistently beat the Catamounts to take over.

On the 21 shots made for the ‘Noles, they only had six assists in the game. A big part of that is the amount of fouls that were called, but it’s still extremely troubling to barely assist on a quarter of the made field goals in the game. I don’t like relying on making shots without passing the ball effectively.

You think Mfiondu Kabengele is fired up? pic.twitter.com/AsL8ADW2Od

A part of this that changes it a little bit is the fact that they were able to dump the ball down to post players and get baskets that way, and they haven’t played this way all season, assisting on over 49 percent of field goals throughout the season. This is something head coach Leonard Hamilton will definitely address.

Because of the size difference, Vermont was able to get open on the perimeter. But to allow a team to hit 16 3-point shots is pretty rough. And not only did they hit 16 shots from behind the arc, it was on just 32 attempts for an even 50 percent.

Ernie Duncan, the oldest of the three Duncan brothers for the Catamounts, hit five of his six attempts from three to lead the team. Three other players ? Anthony Lamb, Ben Shungu, and Stef Smith ? each hit three of them a piece.

Catamounts are clawing back! 💪

Murray State also connected on 50 percent of their three’s in the first round, though it was just nine of them. But if they show they can’t consistently guard the three-point line, the Racers may put a focus on shots from deep.

The Seminoles took 37 free throw attempts in the game, knocking down 31 of them. Vermont only took 13 free throws, making just seven of them. A 28-point difference from the line is huge, but not something they can rely on having every game. In most games, they won’t face a team that plays a small forward at the center position, forcing fouls down low since they can’t guard the size.

I would like to see them get some easier baskets in the paint rather than rely on free throws for much of the game. Kabengele took a game-high 12 free throws, which makes sense because they really couldn’t guard him.