In June 2021, the Supreme Court unanimously ruled that the NCAA was not legally allowed to limit any education-related payments to students. What was created from this decision was the NIL -- name, image and likeness -- rule change. College athletes, who were previously considered amateur athletes, were now able to make a profit off themselves. Players could now accept payments from businesses in exchange for using and advertising their products, and players could collect payments from personal videos on YouTube and TikTok.

There's been a lot of scrutiny surrounding NIL. Opponents of NIL believe it has ruined the NCAA and college sports. They believe players are choosing schools based on where the best NIL deals are, which would be a violation of the rules for NIL. They also believe the product has suffered, thinking that NIL makes players more concerned about getting paid than playing as a team.

But Indiana University junior point guard Anthony Leal might argue it's great for college sports. He at least made it great for his family -- specifically, his older sister, Lauren Leal. 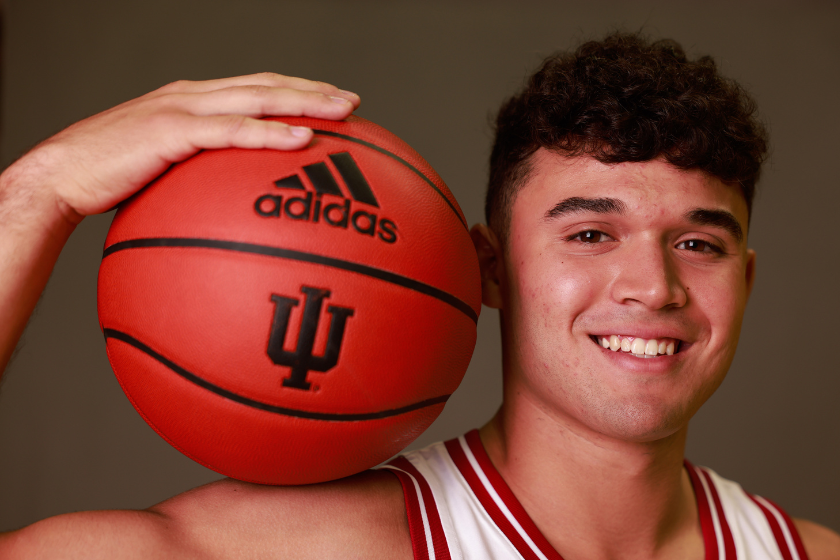 As a Christmas gift, Leal used his earnings from his NIL deals to pay off his older sister's student debts. In a video Anthony posted on Christmas Day -- which has been gaining traction ever since -- Lauren is seen opening and reading a card from Anthony out loud. "You radiate kindness and bring happiness to so many people, especially me. ... There is no doubt that I have made it to where I am today because of you," the card reads, as Lauren starts to get a little emotional. She then continues, Someone like you deserves no burdens or restrictions in life, and I feel like the best way to help you with that is by ... "

Lauren then pauses, in complete shock, as she realizes what her younger brother is saying. "I don't even know how much that is," she says. "I do," he replies. "It's zero now."

Some folks have negative opinions about NIL. But without it, things like this wouldn?t be possible?? https://t.co/fPxYGxzWoz

Anthony has not specifically said how much the student debt was, but he confirmed it was in the five figures. He had been planning the surprise since the NCAA rule changed, telling his father back in 2021 his goal was to pay off his sister's debt.

The 2020 Indiana Mr. Basketball has played in six IU games for a total of 16 minutes. He is currently listed fourth on the depth chart for small forwards. As a senior at Bloomington South High School, where he earned the Mr. Basketball title, he averaged 18.4 points per game.