Call her Paige Buckets, Paige Bucks or by her real name, Paige Bueckers. They're all fitting for the women's college basketball superstar who is transcending the sport in ways that no one before her ever did.

In just one season at UConn -- her freshman one at that -- the hooping sensation became a household name the same way legends like Brittany Griner, Candace Parker, Diana Taurasi and Breanna Stewart did. There's a glaring difference between Bueckers and the forewomen that paved the way for her greatness.

In today's ever-changing NCAA landscape for name, image and likeness deals, Bueckers has proven she's more marketable than any other male or female collegiate basketball player in the country. She's not only cashing in, she's paving the way for young girls watching her while also growing the sport. 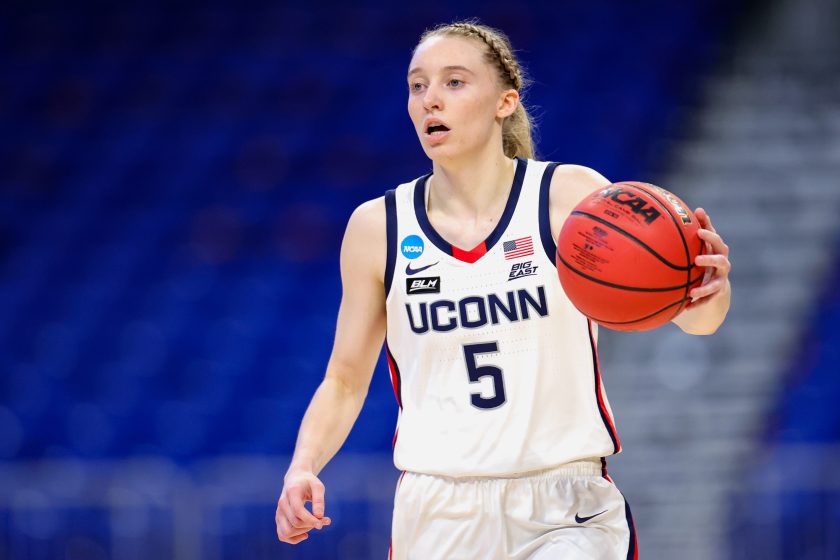 First of all, Bueckers has almost a million followers on Instagram. According to a 2021 article in Swaylytics, that's the third-most among college athletes behind LSU's Shareef O'Neal, the son of Shaquille O'Neal, and LSU gymnast Olivia Dunne.

Needless to say, Bueckers has cashed in on her fame since the NCAA allowed NIL deals.

According to Insider, she's got deals with companies like Gatorade, Cash App and StockX. She also filed for a trademark for "Paige Buckets," which she can start a line of merchandise if she'd like.

But Bueckers may be making the most of her bucks off social media. How? Because she makes an estimated $62,900 for each sponsored social media post she makes. The only athlete close to that mark is Louisville women's basketball player Hailey Van Lith:

This is the first March Madness of the NIL era, meaning athletes can monetize their fame during one of the biggest sporting events of the year.

Here are the Sweet 16 athletes with the highest earning potential on social media, which has been by far the most lucrative channel: pic.twitter.com/w3ZPiuUau0

Bueckers' sophomore season has been hampered by injuries, but last year's AP Player of the Year is still helping the Huskies as they took down Mercer and UCF in the first two rounds of the NCAA Tournament to advance to the Sweet 16.

While Bueckers hasn't been the same since her knee injury, she's still progressing the sport in ways we've never seen before. 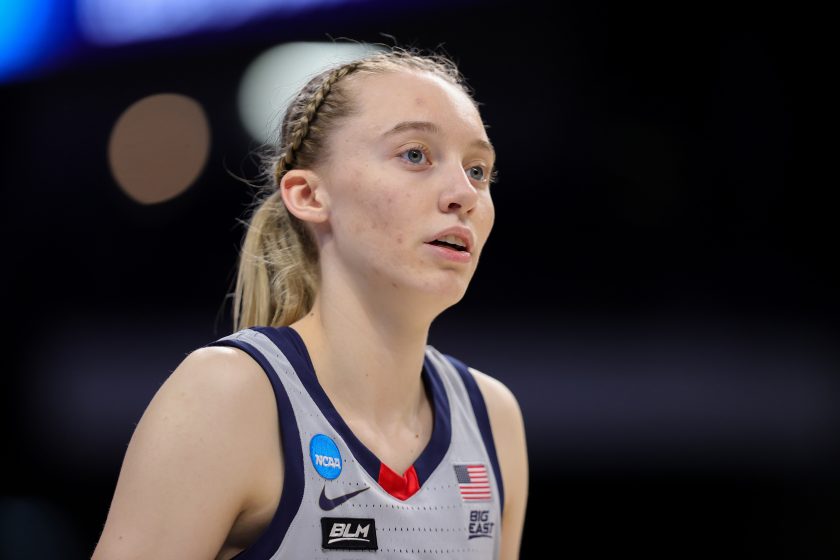 It's not a secret that women's college basketball is treated like the ugly stepsister. Last year's conditions at the tournament are Exhibit A of that, and it's well-known there isn't enough media coverage for these female hoopers.

"Nobody cares about women's basketball, because they aren't as good," is what you'll hear from people who don't watch the sport.

And yet Bueckers is living proof that people do care, and they are good -- better than good, to be honest. How else do you explain the one million followers or the hundreds of thousands of little girls who watched Bueckers set the sport on fire and now want to be like her when they grow up?

This isn't just one woman reaping the benefits the sport she dominates. It's a basketball star on a mission to push her sport forward.

And there isn't a better cover athlete.

Take, for example, Bueckers' incredibly moving ESPYs speech last year. She used her platform to address how she as a white woman leads a black-led sport and how black women don't get the media coverage they deserve.

"It's time for a change," she said. "Sports media holds the key to storylines."

Yes, she's dominated on the court and has made endless three-pointers, but it's moments like that that get remembered forever.

Paige Bueckers' incredible career isn't over yet, but by the time she's finished at the University of Connecticut she'll have certainly made her mark on women's college basketball.