The first NCAA tournament tipped off on St. Patrick's Day, 1939. So, as we all rush to fill out our brackets in the hopes of making a bunch of money every year, we can know we're doing so for a long-standing tradition. But I'm not here to talk about that first NCAA tournament or the money I inevitably lose every March Madness. What I want to focus on is something that happened 43 years and nine days later. What happened then, you ask?

The NCAA finally started a women's tournament. I can dive into my fury over this at another point in time. But for now, let's celebrate that first tournament for what it was -- the breaking of ground for the likes of Aliyah Boston and Caitlin Clark to flourish today. That's right, we're going back to before Baylor, Texas, Connecticut (UConn, for you casual fans), Michigan, North Carolina, Indiana, Notre Dame, Louisville, or any team from Florida. You get the idea.

Today, 68 teams will compete. But, back in 1982, the NCAA Women's basketball tournament started with 32, which is today's second round of the NCAA tourney. That's five rounds to crown a champion. Each team was seeded, and the higher seed in every matchup had the opportunity to host their first-round matchup. Sweet Sixteen and Elite Eight matchups, aka the Regionals, were hosted in four locations from which emerged a single participant. The Norfolk Scope, longtime home of Old Dominion, was then home to the inaugural Final Four and National Championship games.

How Schools Qualified for the Inaugural Women's Tournament 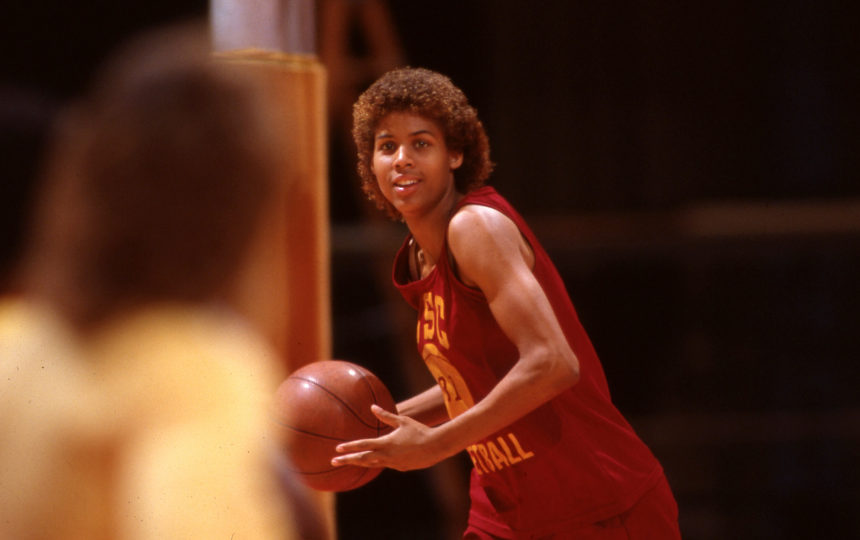 Thankfully, there was some precedent that already existed, since the men's tournament was operating a well-oiled machine at that point. Twelve conferences were handed an automatic bid, meaning they each would send a team that won their conference in some way. From there, 20 teams were granted invitations. There was certainly some east coast bias, with California, Arizona, and Oregon combining for a whopping five teams, which were all the west was able to contribute.

Okay, I know too much exposition can kill an article. So let's get into it.

The first round was amazing, as somehow there was not a single upset. The top four seeds in each of the four regions cruised into the regional semifinals (round of 16). So, at that level, any team could feasibly win. And Kansas State and Drake proved that. As 4 seeds, both won their first-round matchups (Stephen F. Austin for K-State and Ohio State for Drake) and were able to send top seeds Old Dominion and Long Beach State packing. However, that was short-lived as they were both ousted in the Elite Eight.

What I really want to hone in on are the Final Four and National Championship games. 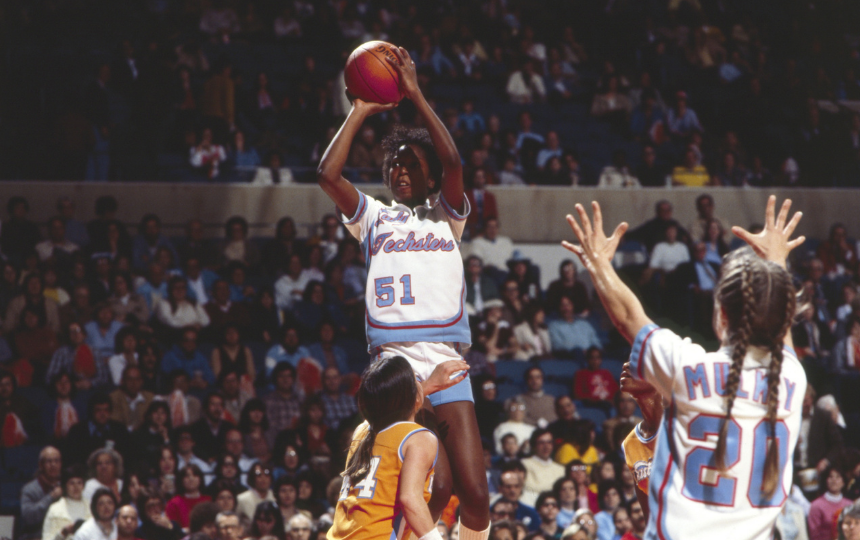 Let's start with Tennessee. The Lady Vols from Knoxville, led by Pat Summitt, had rolled to a 19-9 regular season, earning a bid to be the Mideast region's number two seed. They were able to dispatch Jackson St. in the first round and Memphis in the Sweet 16, both by double digits. It wasn't until they rolled up against one seed USC and top women's player Cheryl Miller, sister to Indiana Pacers legend Reggie Miller, in the Elite Eight that they started to face some stiff competition. The game went to overtime, and Tennessee just edged out Southern California in a 91-90 victory. But things weren't going to get any easier as they rolled into the Final Four.

Louisiana Tech was riding high. The Lady Techsters went 30-1 in the Independent Conference, good enough to land the one seed in the Midwest region. In the first round, they downed Tennessee Tech by a 61 point margin. The semifinals saw them beat Arizona State by 38. Kentucky hoped they could be the team to stop the hot streak, but were smoked by 22. In those first three games, Louisiana Tech outscored their opponents 288-167. It helped that they had three players who were eventually named to the All-Tournament Team. But more on them later.

Ultimately, Tennessee wasn't enough of a Women's Final Four matchup, and the Lady Techsters posted another 20+ point victory on their way to the national title game.

On the other side of the semifinals, Cheyney was breaking boundaries. I'm ashamed to say that I had no idea who they were when I looked into this tournament. But their story is next-level amazing. The Cheyney Wolves were a Division II team from the HBCU in Cheyney, Pennsylvania, competing in the inaugural NCAA Division I tournament, and were able to snag the two seed in the East! On their way to the Final Four, they downed household names like Auburn, NC State, and Kansas State, all by double digits.

Maryland was the West region's two seed and put up 80-plus points in each of the first three rounds of the tournament. Stanford, Missouri, and Drake fell victim to the Terps in their quest for the Final. With a women's basketball organization that had started in 1923, Maryland seemed like that had a great shot to go all the way. Unfortunately for them, they couldn't give enough to get past Cheyney and bowed out to the Wolves 76-66.

Before Kim Mulkey became a 3-time national champion coach at Baylor, she led Louisiana Tech to back-to-back title games as a play-making 5-4 point guard. Watch highlights of Mulkey as a player from @LATechWBB's inaugural NCAA title in 1982 against Cheyney#WFinalFour pic.twitter.com/71F16XvkdL

The first Women's NCAA Tournament National Championship game took place on March 28th, 1982 at Old Dominion. And it had a matchup that I never would have guessed. Louisiana Tech boasted the fact that they were the only one seed to make out of Regionals. Cheyney was punching above their weight in a division in which they didn't even play regular-season ball.

The Lady Techsters saw Janice Lawrence, Pam Kelly, and current LSU women's coach Kim Mulkey tear their way through the competition. Kelly was named the nation's best Division I women's basketball player. Each of the three young women also found their way onto the All-Tournament Team. The other two who rounded that team out were found on the opposite end of the court. Yolanda Laney and Valerie Walker led the Wolves on a 23 game win streak entering the National Championship Game.

Louisiana Tech proved to be too much, etching their names as the first NCAA Women's National Champions with a 76-62 victory. They went on to win it again six years later, and have found themselves in the Final Four in 10 of the 40 tournaments played to date. Cheyney was able to keep their women's basketball program going strong for the next few years, however, the HBCU has run into issues with the NCAA and has dropped to be a Division III school.

That first women's college basketball tournament was historic for so many reasons, but ultimately it was the beginning of a tournament that continues to be exciting to watch to this very day.