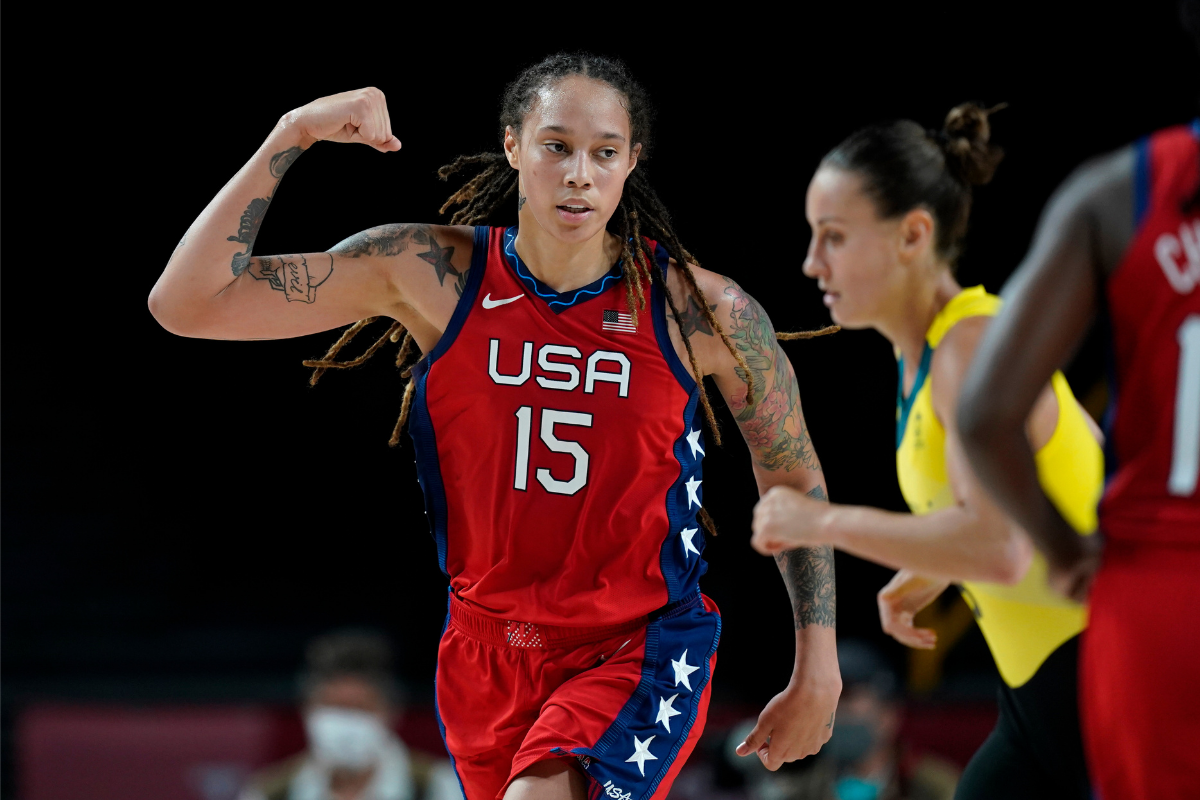 WNBA and Phoenix Mercury women’s basketball player Brittney Griner is one of the faces of women’s basketball. The 30-year-old helped bring the Women’s National Basketball Association to the national spotlight after she became known for her dunking and dominance on the court in college.

Despite all Griner has done for the league, the WNBA still struggles to get proper recognition alongside its male counterpart, the NBA. That much is evident with a quick look at players’ paychecks. There’s a massive disparity between the amount earned between men and women.

So, just how much money has Brittney Griner made in her career and what is she worth?

RELATED: Breanna Stewart’s Net Worth: How Rich is the Underpaid WNBA Star?

Brittney Yevette Griner grew up in Houston, Texas, to parents Raymond and Sandra Griner. She attended Nimitz High School, where she was a high school All-American in basketball. Griner gained national recognition after a video of her performing dunks went viral. She helped lead her team to a state championship during her senior year but fell short of winning.

Griner was previously married to fellow WNBA player Glory Johnson but filed for an annulment just one month later. The players were each suspended seven games as a result of a domestic violence incident. Griner is now married Cherelle Watson, who she met at Baylor and proposed to three years after her divorce.

Griner was drafted by the Phoenix Mercury with the first overall pick in the 2013 WNBA Draft. Since joining the league, Griner has racked up various accolades and awards. So far in her career, Griner is a seven-time All-Star and a five-time All-WNBA selectee.

She’s recorded career averages of 17.6 points, 7.5 rebounds and 2.9 blocks per game, proving to be one of the best WNBA players in the league. Griner has yet to win the coveted MVP award, having been the runner-up in 2019. The 30-year-old has played in 34 playoff games but has yet to reach the WNBA Finals. In 2012, Griner was named Best Female Athlete at the ESPY awards, hosted by ESPN.

Griner is also accomplished internationally, having earned a gold medal at the 2016 Olympics in Rio. During the WNBA offseason, Griner and fellow WNBA star Diana Taurasi went to Russia to play for the club UMMC Ekaterinburg, winning consecutive league titles.

Despite all of her heroics on the court, it’s safe to say that Griner is still massively underpaid.

The American professional basketball player is among seven WNBA players who will be earning the league’s supermax contract in 2021, joining Sue Bird, DeWanna Bonner, Diana Taurasi, Skylar Diggins-Smith, Liz Cambage and Elena Delle Donne as the highest-paid players in the league. Their annual salary? $221,450 for the season. That’s less than the NBA’s veteran minimum deal.

According to Celebrity Net Worth, Brittney Griner boasts an estimated net worth of $3 million, including her earnings from her endorsement deal with Nike. That isn’t nearly enough, but as the league increases in popularity, hopefully that changes.

MORE: Sue Bird’s Net Worth: How The WNBA & Olympic Icon Made Millions