Women have traditionally been paid far less than their male counterparts in professional sports. Former UFC fighter Paige VanZant has complained that she made more money on Instagram than she does fighting in the octagon, and one National Pro Fastpitch player has said she earns less than the bat boy for the New York Yankees.

No one is saying every woman athlete should be making what Naomi Osaka or Serena Williams -- the only women on Forbes' 50 highest-paid athletes in 2021 -- take home each year, but something seems off when rookies in the WNBA take home the minimum salary of about $60,000 while the minimum annual salary in the NBA is roughly 15 times that number.

How Much Do WNBA Players Make? 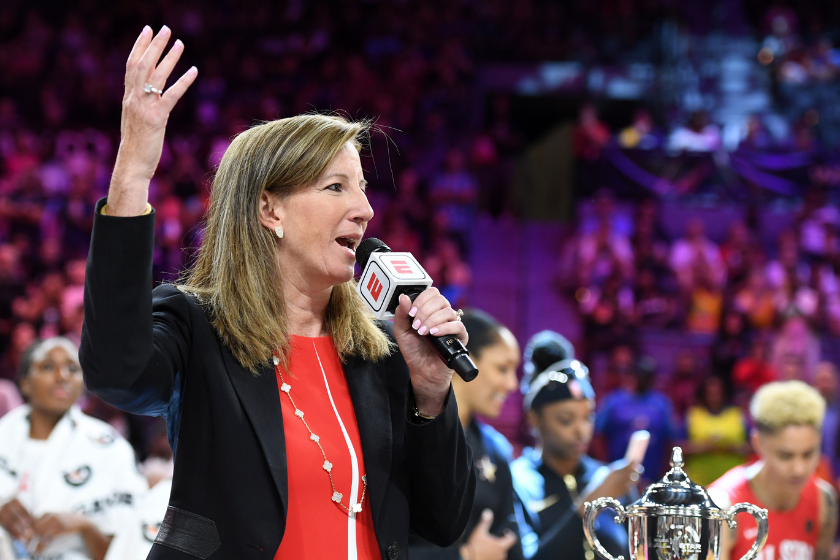 The average WNBA salary is $128,369, according to HerHoopStats.com.

Even the WNBA's highest-paid players in 2021 only made $221,430. Stephen Curry, the NBA's top earner, has a player salary of more than $45 million. He takes home more than $600,000 per game, which means he's earning the highest-paid WNBA salary in a single half of a game.

Still, the WNBA recently made strides in this department. In January 2020, WNBA commissioner Cathy Engelbert and WNBPA president Nneka Ogwumike announced a new collective bargaining agreement that would increase WNBA salaries to a $130,000 average salary and allow the league's all-stars and superstars to earn a maximum salary of more than $500,000.

BREAKING: @CathyEngelbert from the @WNBA announces a new landmark deal for female athletes. ?We?re hoping to lift, not just women in sports and women in basketball, but women in society.?@RobinRoberts@Nnemkadi30 https://t.co/n0zPNGp6Sz pic.twitter.com/V6eBw2wH3S

Landmark day in the WNBA: New collective bargaining agreement that has raised average salaries to six figures for first time ($130,000, up to $500,000 for top players), improved travel and marketing opportunities, and fully paid salary on maternity leave among other changes.

RELATED: Breanna Stewart's Net Worth: How Rich is the Underpaid WNBA Star?

In addition, the eight-year deal gives WNBA players improved travel conditions, fully paid maternity leave and a potential for higher league revenue sharing. As SBNation explained, players (many of which are taller than six feet) will fly in upgraded seats and will have their own hotel rooms on the road. Prior to the new deal, only veterans received that perk.

"I call it historic," WNBA Commissioner Cathy Engelbert told the Associated Press. "The CBA guarantees substantial (financial) increases. The way we are paying these players is different than the past. ... The top couple players are tripling (in pay) where they were. Other players are making $200,000-300,000. The average will be over $130,000. Everyone gets an increase here."

The new CBA was welcomed news by WNBA players. Low salaries in the past meant many of the league's top players had to play overseas in the offseason to earn more money. That's great for exposure, but the year-round grind takes a toll on the body and comes with injury risk.

Women's sports leagues are growing. Few more so than women's professional basketball. Viewership increased by 49 percent in 2021 thanks to more exposure on ESPN along with new sponsorships and partnerships. Not to mention a unique All-Star Game where the WNBA All-Stars took on the USA Women's National Team and thrilling playoffs.

The Dallas Wings, Los Angeles Sparks, Minnesota Lynx and other pro women's basketball teams will never be as big as their NBA team counterparts. However, they still play with as much fire and passion. The new CBA is a step in the right direction. Now go out and support your local WNBA team.

MORE: Sue Bird's Net Worth: How The WNBA & Olympic Icon Made Millions