The UConn women's basketball program has churned out some of the best players the sport has ever seen. Sue Bird, Diana Taurasi, Tina Charles and Maya Moore passed through Storrs on their way to becoming legends.

Breanna Stewart, the latest in line, is just getting started. The 26-year-old is already one of the best players in the WNBA as well as an Olympic gold medalist. Despite this, her net worth pales in comparison to the NBA's best players.

Breanna Mackenzie Stewart was born on August 27, 1994, in Syracuse, New York, to Heather Stewart. Her biological father was never involved in her life, and Heather married Brian Stewart when Breanna was young. Stewart eventually adopted Breanna and helped shape her game by coaching her ball-handling and perimeter shooting skills.

Breanna attended Cicero-North Syracuse High School (C-NS). She was a stud from the get-go, playing her first games with the high school basketball team while still in eighth grade. The power forward increased production every year and led the team to the New York AA public state title as a junior. That same year, she announced her commitment to play college basketball under head coach Geno Auriemma at the University of Connecticut.

A day after her announcement, she dunked for the first time in a game. 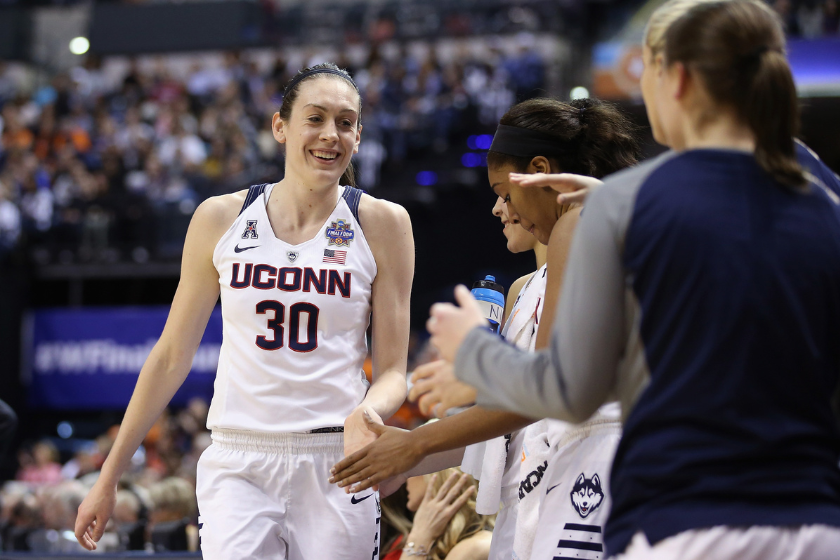 Stewart exploded onto the national scene as a member of the Connecticut Huskies. He quickly asserted herself as the best player in the country. Her college resume is as impressive as anyone who's played:

Stewart left UConn as one of only six players, including Tina Charles, Rebecca Lobo, Maya Moore, Stefanie Dolson, and Jamelle Elliott, with at least 1,000 points and 1,000 rebounds. She finished her career second on the school's all-time scoring list with 2,676 points, fourth all-time in rebounds with 1,179, and first in blocks with 414.

She graduated with as many national championships and Final Four appearances as seasons she played, which is quite the feat.

Stewart helped lead the Huskies back to the dominance they had experienced when Sue Bird and Diana Taurasi played in Storrs. The four-peat by the Huskies announced to the world that the program was back and that they are still as dominant as ever. Even today, Stewart is considered one of the best Women's College Basketball players of all-time and a member of one of the best NCAA Women's teams in the history of the game. 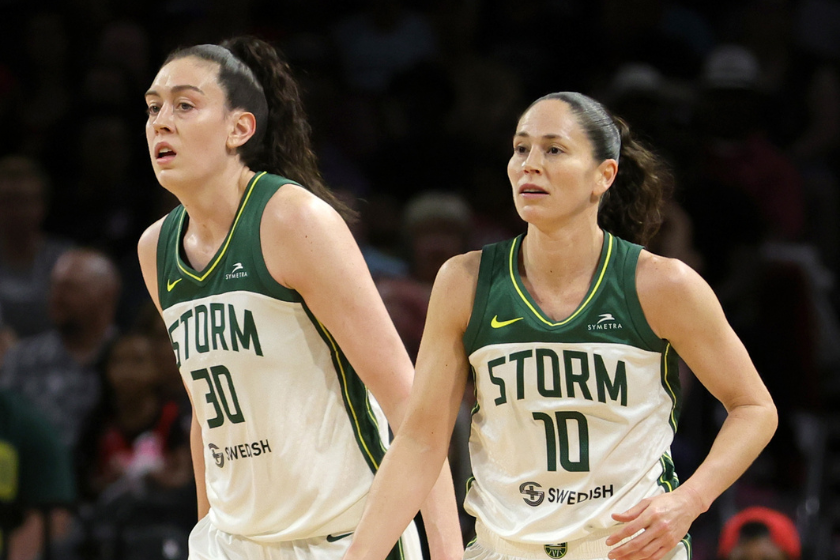 Breanna Stewart was the first overall pick in the 2016 WNBA Draft by the Seattle Storm, fourteen years after the Storm took Sue Bird first overall out of UConn. Before her first game, she signed an endorsement deal with Nike.

The American professional basketball player carried her success from UConn to the WNBA, where she became one of the league's top players.

Here is just a sampling of what she's accomplished in her professional career so far:

Stewart missed the 2019 WNBA season due to a torn Achilles suffered in the 2019 EuroLeague Women's Final while playing for the Russian-based Dynamo Kursk. The WNBA made her a paid ambassador for the season, establishing her as the first active player to do so. She earned slightly more in that role than as a player.

The 2018 MVP returned for the resumption of the regular season in the 2020 WNBA Bubble at IMG Academy in Bradenton, Florida. She was ranked first in ESPN's Best 25 WNBA Players age 25-and-under in the Bubble in July 2020. The 2020 WNBA season went great for Stewart, as she led the Storm to a second WNBA championship, once again being named the Finals MVP.

According to Spotrac, Breanna's two-year, $375,500 contract kicked in at the beginning of the 2020 season. She's making an annual average salary of $187,750, a significant wage increase thanks to the Women's National Basketball Association's new Collective Bargaining Agreement established in January 2020.

Stewart has been involved with the United States women's basketball team since she was 14. She was named the 2011 USA Basketball Female Athlete of the Year due to her performance on the U19 team, which won the 2011 FIBA World Championship in Puerto Montt, Chile. She was the second-leading scorer on the team despite only being 16 years old.

She was promoted to the senior team in 2015 and earned a spot on the 2016 Summer Olympics team, where team USA won the gold medal.

The 26-year-old Stewart was once again one of the faces of Team USA at the 2020 Tokyo Olympics, which were delayed because of the coronavirus pandemic. Stewart was also joined on that squad by fellow Huskies and WNBA Stars Taurasi and Bird. 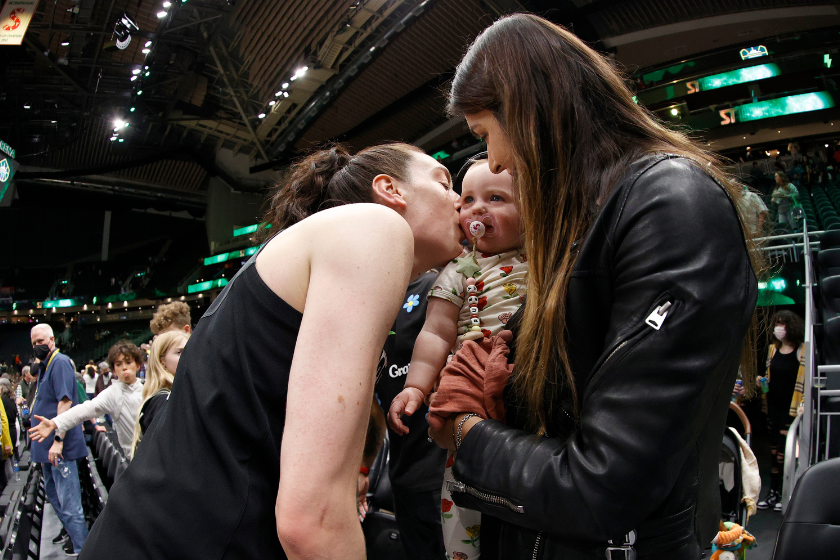 As for her personal life, Breanna Stewart got engaged to former Phoenix Mercury guard Marta Xargay, who now plays in Spain. Breanna proposed at Papago Park in Phoenix, Arizona, in May 2021.

With a sizable social media following and a new deal with Puma, Stewart's bankroll is on the rise. According to PlayersWiki, Breanna Stewart's estimated net worth is $1.4 million.

Stewart is already one of women's basketball's biggest stars in the early stages of her professional career.

As the WNBA grows, hopefully, her net worth will follow suit.

The article was originally published on July 21, 2021, and has since been updated.

MORE: Sue Bird's Net Worth: How the WNBA Queen Made Her Millions