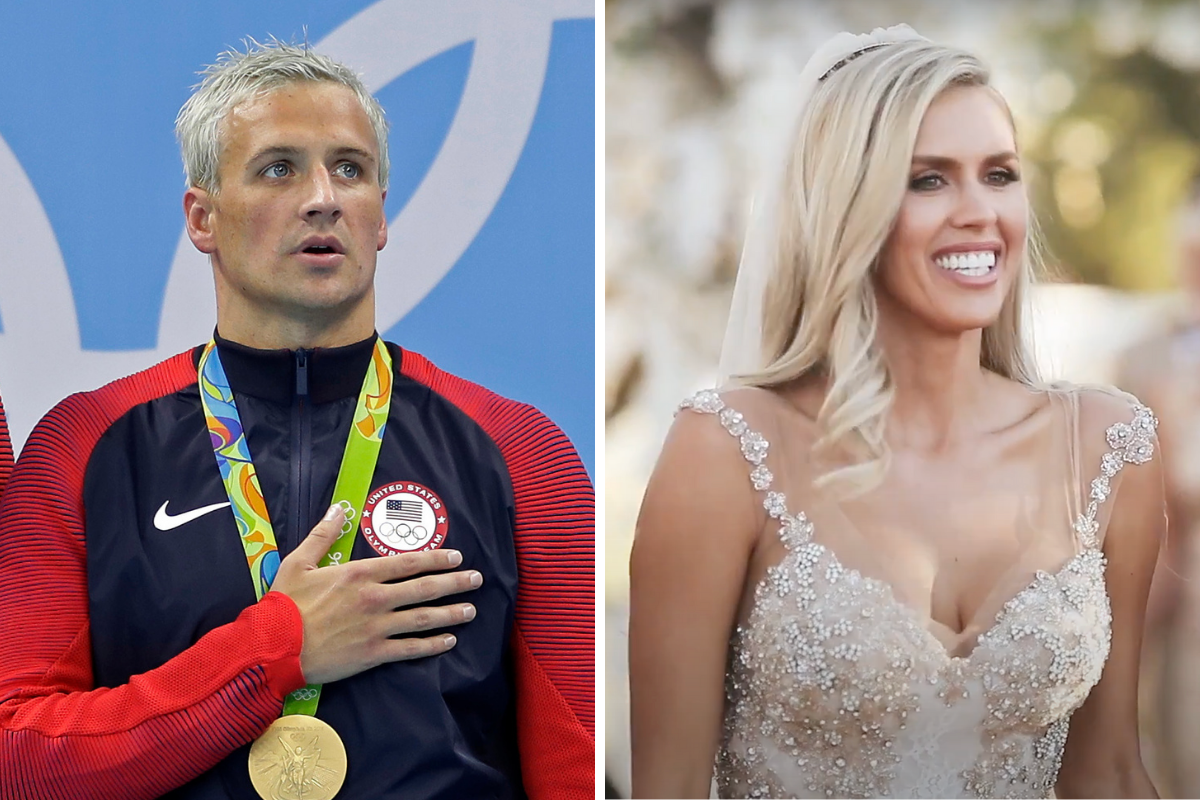 Few Olympic athletes in United States history fell as hard as swimmer Ryan Lochte. The national celebrity became the second-most decorated male Olympic swimmer behind Michael Phelps for his blazing times in the pool during the 2004, 2008, 2012 and 2016 Olympics.

It wasn’t until after Lochte took home five medals, including two gold medals, during the 2012 Olympics that Lochte became a national phenomenon. Known for his “bro” attitude and charming looks, he was parodied on Saturday Night Live that year. E! gave him his own TV show in 2013, “What Would Ryan Lochte Do?” during which he truly exposed the world to his (how do I put this nicely?) lack of critical thinking skills. He also showed off his dancing skills on Dancing With The Stars in 2016.

Lochte then dominated headlines for the wrong reasons in a bizarre, robbed-at-gunpoint-but-not-really scandal that gained international attention during the 2016 Rio Olympics. He followed that up by being banned 14 months for a doping violation in 2018.

Kayla Rae Reid was named July 2015 Playboy Playmate of the Month, and shortly after she and Lochte began dating. The pair’s modern love story reportedly began on Instagram, and they got engaged a few months after the 2016 Olympic games in August.

Kayla gave birth to their adorable son, Caiden, in June 2017. Lochte and she wedded the following January but didn’t have a formal wedding ceremony until September 2018. The Lochtes then added a daughter, Liv Rae, in June 2019.

Throughout her pregnancies, Kayla was candid about breastfeeding and post-baby cellulite and stretch marks. She’s also been honest about her side effects of her breast implants, which she says have caused “fatigue, brain fog, memory loss, difficulty concentrating, anxiety, depression, suicidal thoughts, joint paint” and much more.

Kayla and Ryan may be parents with their hands full, but they still know how to have fun. In March 2020, they partook in the “Flip The Switch” challenge on social media. Kayla went topless in a speedo and swim cap while Ryan donned a cheetah print shirt and lipstick.

Ryan Steven Lochte was born in Rochester, New York, and his swimming career first blossomed at the University of Florida, where he was named NCAA Swimmer of the Year twice from 2004 to 2007 and set American records in the 200-yard individual medley and 200-yard backstroke.

Lochte qualified for the 2004 Olympics in Athens and swam alongside Michael Phelps, Klete Keller and Peter Vanderkaay in the 4×200-meter freestyle relay. The Olympic team won the gold medal, and the 20-year-old Lochte picked up another silver medal in the 200-meter individual medley.

Lochte returned home from Beijing in 2008 with two more gold medals as well as two bronze medals. Following an impressive haul in 2012 (two gold, two silver, one bronze medal) and a final gold medal at the 2016 Olympics, Lochte accrued the second-most medals of any American male swimmer behind Phelps.

Unsurprisingly, companies lined up out the door to sign the American swimmer with a killer smile.

Fortune magazine wrote that Lochte earned more than $2 million in endorsement deals prior to the 2012 Summer Olympics with companies like Speedo, Mutual of Omaha, Gillette, Gatorade, Procter and Gamble, Ralph Lauren, Nissan and AT&T.

Lochte’s face was everywhere. He appeared in Nissan Altima commercials. Vogue, Time, Men’s Health and Men’s Journal all plastered him on their covers.

All of his sponsorship money quickly disappeared in 2016, however.

ON @GMA: "I wasn't lying to certain extent." Ryan Lochte speaks out on being held up at gunpoint in Rio de Janeiro.https://t.co/Ow3jNXqVca

Lochte was engulfed in one of the most bizarre scandals in American sports history during the 2016 Olympics.

Lochte and Jimmy Feigen both claimed that they and their American teammates were robbed at gun point in Rio de Janeiro, Brazil on August 14, 2016. Men forced them out of their taxi and one even put a gun to Lochte’s head, he claimed.

None of it turned out to be true.

Instead, the group was reportedly drunk at a gas station. One urinated outside of the bathroom and Lochte vandalized a sign. The “armed robbers” turned out to be security guards at the gas station.

Lochte apologized to Brazilian authorities and Olympic athletes for his fabricated story, and just days later, all four of his major sponsors pulled out on him.

“I want to apologize for my behavior last weekend — for not being more careful and candid in how I described the events of that early morning and for my role in taking the focus away from the many athletes fulfilling their dreams of participating in the Olympics,” Lochte said in a statement.

The apology was too little too late. The U.S. Olympic Committee and USA Swimming suspended Lochte and his teammates for 10 months. Lochte’s name, in an instant, had been dragged through the mud. By himself.

Two years later, Lochte was banned for another 14 months after he was caught for a doping rule violation. A photo posted on Lochte’s social media accounts revealed he received an IV infusion of a legal substance that was over the legal limit, a U.S. Anti-Doping Agency investigation revealed.

The 12-time Olympic medalist and two-time American Swimmer of the Year award winner then told NBC Sports he would keep swimming-related posts off social media.

?I?m just going to post on my son and my wife, leave everything else out,? Lochte said. ?Once you put anything on social media, it?s out there for the world.?

Lochte and his family reportedly live in Gainesville, Florida where he still trains. The Olympic athlete’s life is nowhere near as glamorous as it once was, and his bank account his taken a hit.

In 2019, Lochte appeared on Alex Rodriguez‘s CNBC show, “Back in the Game,” in which the former baseball player helps athletes like Lochte bounce back after losing everything.

He told A-Rod that he went from earning more than $1 million per year in sponsorships to just $75,000 from one single sponsor. He also revealed he only had about $20,000 total in savings.

To earn more money these days, Lochte gets paid to speak to audiences. He teaches swim camps under what’s called “Loch’d In Training.” He’s teamed up with companies like TYR Sport and Piñata. According to his Instagram, he’s also a swim ambassador for the SPIRE Institute in Ohio where LaMelo Ball played basketball.

Lochte launched his own website to sell merchandise like T-shirts and hats. He’s also still swimming and training at 35 and is currently the world record holder in the 200-meter individual medley in both the long course and short course categories.

Despite Lochte’s hardships, he is still one of the most famous Olympians and American competitive swimmers in U.S history. No one can ever take away his Olympic gold medals, either.

According to Wealthy Persons, Ryan Lochte has an estimated net worth of $8 million. However, Celebrity Net Worth says that number is closer to $6 million.

Sure, it’s nowhere near the $80 million that Michael Phelps is worth. But considering the circumstances and his fall from grace, Lochte and his family should be financially stable for the future.

This article was originally published April 14, 2020.