Alex Rodriguez is one of the most polarizing baseball players of all time. No stranger to controversy, A-Rod has caused all-out brawls, used steroids in his career and was accused of cheating on Jennifer Lopez by Jose Canseco, of all people.

Despite the negative attention and the media's fixation with A-Rod throughout and after his Major League Baseball career, no one can deny he got absolutely paid over his 22-year career. Rodriguez checked in at No. 17 on Forbes' list of the top 25 highest-paid athletes of all-time ahead of names like Manny Pacquiao and longtime New York Yankees teammate Derek Jeter.

He doesn't quite have $250 million yacht money as Jerry Jones does. Still, Rodriguez has compiled a hefty amount of change in his piggy bank from his playing days, endorsements and business endeavors.

Let's break down how exactly a teenage shortstop from Miami turned his once-in-a-generation talent on the diamond into a fortune worth hundreds of millions of dollars. 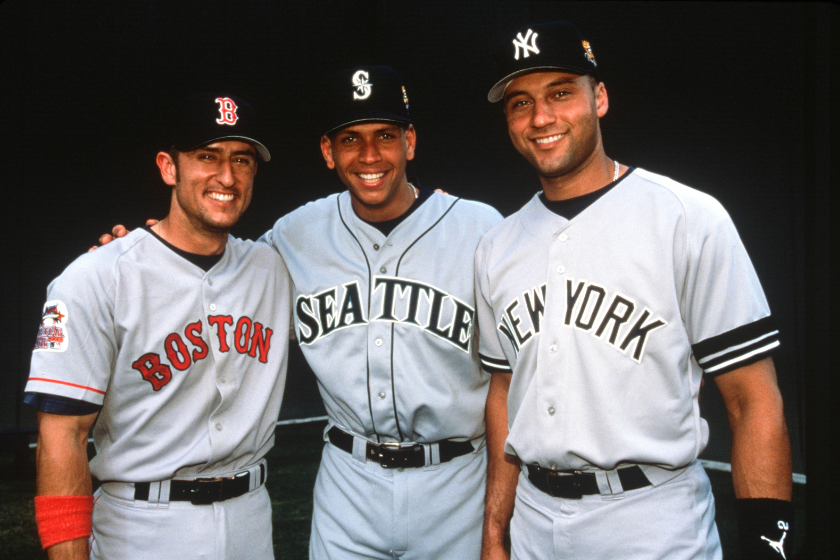 Alexander Emmanuel Rodriguez was born in Manhattan, New York City, to two Dominican immigrants, Victor and Lourdes Rodriguez. The family moved to the Dominican Republic when he was 4 and then to Miami, where he grew up.

It's hard to overstate how much of a prized baseball prospect he was at South Florida's Christopher Columbus High School and Westminster Christian School. USA Baseball named him its junior player of the year and Gatorade its national baseball student-athlete of the year.

One scout called him the "bigger and better" version of Derek Jeter. In 1993, he tried out for the United States national baseball team. No other high schooler had ever done that in baseball history.

The University of Miami recruited Rodriguez heavily and even offered him a chance to play quarterback for the football team. Ultimately, he turned it down and headed for the MLB.

The Seattle Mariners took A-Rod first overall in the 1993 MLB Draft. He signed for a $1.3 million signing bonus, the first of many millions he'd make playing baseball. By 1994, the 18-year-old received the call to the bigs.

He was a full-fledged superstar. He also couldn't legally drink.

The Mariners gave him a four-year contract worth $10.6 million in 1996 but couldn't capture a World Series title with him.

Alongside future Hall-of-Famers like Ken Griffey Jr., Edgar Martinez and Randy Johnson, Rodriguez and the Mariners made the playoffs three times during his stint in Seattle.

The Contract: A-Rod Signs with the Texas Rangers

Following the 2000 season, Rodriguez became a free agent. Suitors lined up in bunches to woo the megastar. A-Rod signed the largest deal in American sports at the time, a 10-year, $252 million contract. All of it guaranteed.

In the prime of his career, Rodriguez hit an astounding 156 homers over his three years with Texas. He also took home the first of three MVP awards in 2003. The only issue was the A-Rod's mammoth contract essentially prohibited the Rangers from bringing in other free agents, which led to the team falling to the bottom of the standings. That didn't sit well with A-Rod, but a solution was on the horizon.

After 2003, the Rangers looked to get rid of the rest of Rodriguez's lucrative contract. They initially agreed to send him to the Boston Red Sox (of all teams) for Manny Ramirez, Jon Lester and cash, but the MLBPA vetoed the trade. Just take a second and imagine how that reade would have changed everything for both teams.

In February of 2004, the New York Yankees acquired Rodriguez in exchange for Alfonso Soriano and Joaquin Árias. The Rangers also ate $67 million of the remaining $179 million on A-Rod's deal. Off to the Bronx, he went.

He moved from shortstop to third base and won the AL MVP in 2005 and 2007, after which he was set to become a free agent. A-Rod stated multiple times that he wanted to wear the pinstripes for the rest of his career.

So in November of 2007--after becoming the youngest player to ever hit 500 homers--he signed a 10-year, $275 million deal with the Yankees. It broke his own record for the largest contract in sports history.

The third baseman retired in 2016 but finished his incredible career four homers shy of 700 and won his lone World Series in 2009. He was a three-time MVP, 14-time All-Star, 10-time Silver Slugger Award winner and two-time Gold Glove winner.

According to Spotrac, A-Rod's MLB career earnings equal just over $450 million. What's rich is that the Yankees were still paying him as recently as 2020, and the Rangers will pay him through 2025. Forbes notes that he'll have earned $480 million when it's all said and done.

All the fame and money didn't come without scandal, though. Rodriguez, on multiple occasions, was linked to steroids as part of the BALCO investigation and Biogenesis scandal. He was suspended for the entire 2014 season because of his involvement with Performance Enhancing Drugs.

Rodriguez compiled most of his net worth from the hefty checks MLB teams wrote him, but he has earned some extra cash from endorsement deals.

According to Business Insider, he made millions off numerous endorsement deals throughout his lifetime. Companies include Rolex, Mercedes-Benz, Pepsi, Topps, Rawlings, Credit Suisse, Vita Coco and Nike, which paid him $1 million per year. In 2016, he became a brand ambassador for audio company JBL along with NBA stars Stephen Curry and Damian Lillard. He is also the co-owner of the Dominican beer brand Presidente. 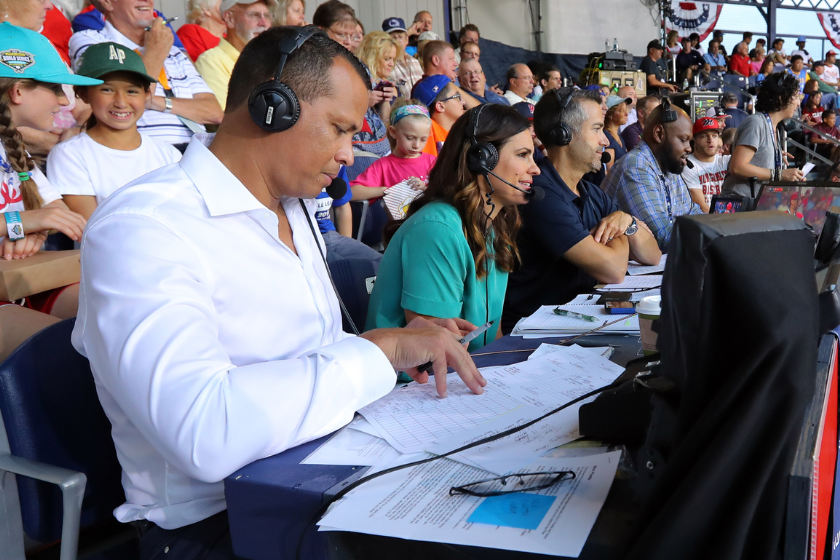 Citing his belief in a "Plan B" after playing baseball, A-Rod founded AROD Corp. in 2003 to help sustain his wealth throughout his life.

Today, AROD Corp. heavily invests in real estate, owns 8,500 apartments and manages another 13,000 in 12 states. Rodriguez told Fortune in 2017, his company had deployed $125 million of equity. The company at one point owned a bunch of Honda and Mercedes-Benz dealerships but later sold them.

Rodriguez's investments include in the eSports universe and in gyms throughout Mexico and South Florida. He began building them in Mexico in 2011 alongside partner Mark Mastrov, who started 24 Hour Fitness and sold it for $1.7 billion.

In South Florida, they bought the rights to build UFC gyms and are working with gym company TruFusion (he first discovered it in Las Vegas), which is like OrangeTheory but a mix of hot yoga, boot camp and kettlebells.

You can also catch Rodriguez on TV. He's served as an MLB analyst for Fox Sports and ESPN's Sunday Night Baseball, in addition to appearing on Shark Tank and hosting CNBC's "Back in the Game."

Additionally, the former MLB star and media personality recently moved to purchase a majority stake in the Minnesota Timberwolves, with an agreement in place for Rodriguez, among others, to purchase the team from Glen Taylor for $1.5 billion.

It's unknown how much ESPN pays the former slugger to sit in the booth, but he must be paid pretty well by company standards. In April 2020, ESPN reportedly asked its 100 highest-paid employees to take a pay cut during the coronavirus pandemic and COVID-19 outbreak. A-Rod was named as one of them. 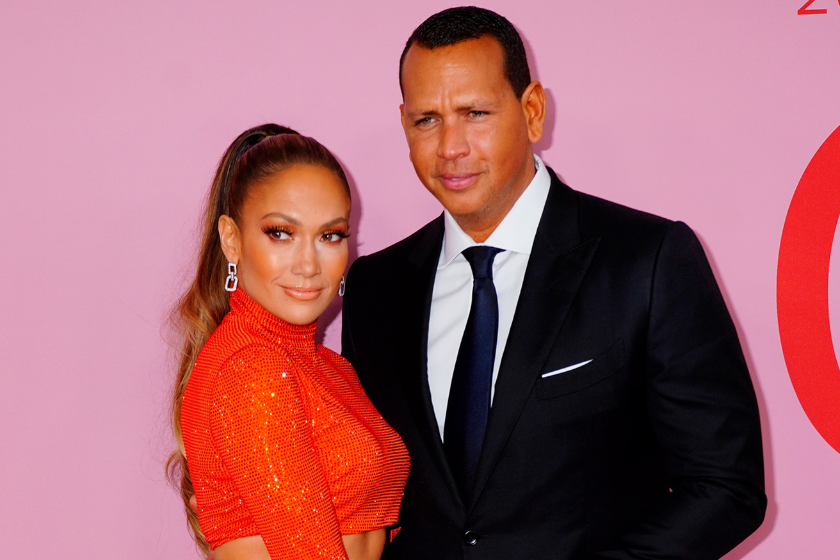 Before Rodriguez and Jennifer Lopez were an item, he was married to Cynthia Scurtis, whom he met in a Miami gym in the early 2000s. They had two kids together -- Natasha Alexander and Ella Alexander -- but split up in 2008.

A-Rod and J-Lo began dating in 2017, and thus, the J-Rod nickname was born. He proposed to the Hollywood and music star an impressive $5 million engagement ring (seriously, how many carats is that thing?) in March of 2019 and showered her with other extravagant gifts.

According to Money.com, their combined net worth was set to approach $1 billion, considering Lopez's current net worth is about $400 million. J-Lo's net worth total is actually slightly higher than Rodriguez's estimated net worth.

Unfortunately, their time as a power couple (and near-billionaire couple) came to a close, with reports of a Lopez-Rodriguez split taking over the internet in 2021. What a shame, especially considering he and his then-fiancée were reportedly trying to buy the New York Mets at one point. J-Lo would go on to rekindle a romance with Ben Affleck, and the couple would be married in 2022. 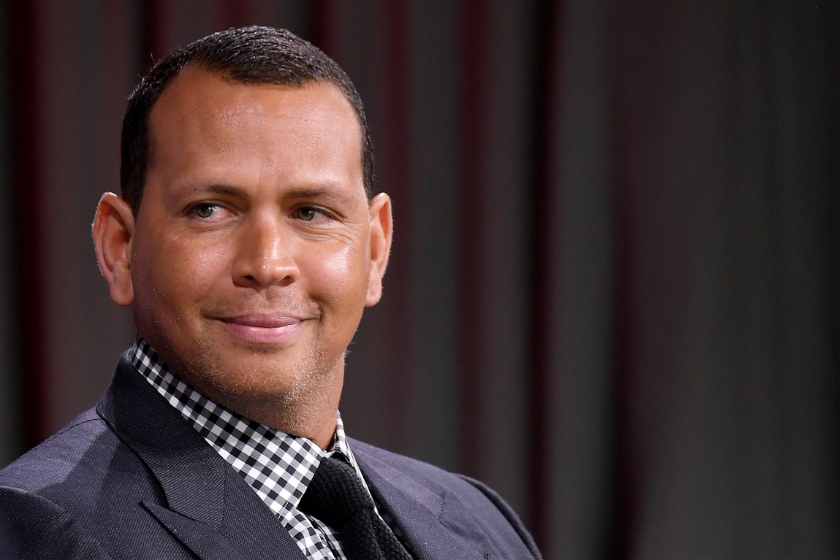 Considering all his different sources of income, Rodriguez has racked up the dollars since coming out of high school as a highly-touted prospect.

The sky-high Alex Rodriguez net worth figure is as crazy as you might think.

According to Celebrity Net Worth, Alex Rodriguez's net worth is an estimated $350 million in 2022. That makes him easily the highest-paid professional baseball player in MLB history and one of the highest-paid athletes ever. He isn't quite a billionaire just yet, but give it time.

In an era where you hear about former professional athletes in NFL, NBA and MLB going bankrupt, it's refreshing to see someone like A-Rod growing his wealth. Even if he was one of the most hated MLB players during his heyday.

This article was originally published on July 26, 2019, but has been updated.