When Sandy Koufax made the difficult decision to retire from professional baseball at the peak of his career, many in the baseball world didn't understand his reasoning. At the press conference where he told the media, one reporter's question was muffled from the back row, but Sandy asked for someone to repeat it.

Koufax repeats the question back to himself, almost as if he's asking it for the first time. "I don't know if Cortisone is good for you or not," the Dodgers legend answered. "But, to take a shot after every other ballgame is more than i wanted to do, and to walk around with a constant upset stomach because of the pills, and to be high half of the time during a ballgame because of the painkillers, that's uh... I don't want to have to do that."

Playing through injury is hard for any athlete, but baseball specifically, due to its long 162-game season with little to no time off, is a different animal. For players coming back from injury, being able to stay in the Major Leagues and keep earning their paycheck can drive them to do some crazy things. In Sandy Koufax's case, he walked away from the game he loved.

For San Diego Padres star Fernando Tatis Jr., that meant throwing it all away. 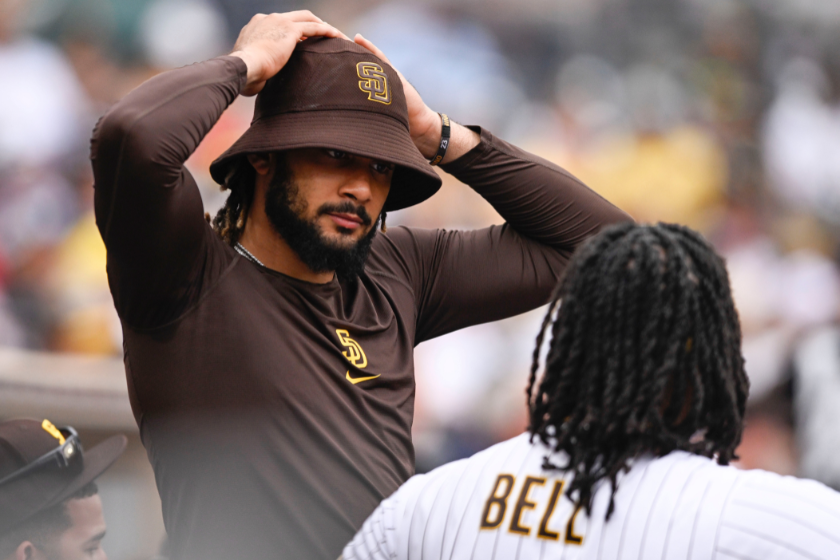 Fernando Tatis Jr., the son of former MLB infielder Fernando Tatis, was one of the brightest stars in the game until he was suspended 80 games for violating MLB's Joint Drug Prevention and Treatment Program. As ESPN's Jeff Passan reports, that suspension effectively ends his 2022 MLB season, which he was set to return to after injury, as well as any chance he had at playing in the postseason and even extends into next season. This news also comes just days after Tatis Jr. began his rehab assignment following a wrist injury sustained during an offseason motorcycle accident.

Rather than deny the outcome of the test, as former NL MVP Ryan Braun did during his PED scandal, Tatis Jr. instead he owned up to the "mistake." In a statement released by the MLB Player's Association on his behalf, the Padres star shortstop said he initially appealed the suspension, claiming that he inadvertently took the banned substance, Clostebol, which was mixed in with a medication he was taking to treat ringworm. However, after some time, he decided to begin immediately serving the suspension handed down to him.

The San Diego Padres, who just pushed their chips in at the MLB trade deadline, had GM A.J. Preller dealing their top three prospects to acquire Washington Nationals star Juan Soto. Baseball fans salivated over the idea of seeing Soto and Tatis Jr., two of the games biggest young stars play in the same lineup, trading off dingers and bringing life to a game that can suffer from prolonged stasis. Instead, that glorious dynamic duo comes with an asterisk and a long wait. Now, the Padres will need to look at their infield of Manny Machado, Jake Cronenworth, Ha-seong Kim and Josh Bell, and decide if it's enough to get a wild card spot in the wake of Tatis' suspension.

But the same question Sandy Koufax was asked over 50 years ago still applies to the game today, especially in these situations. 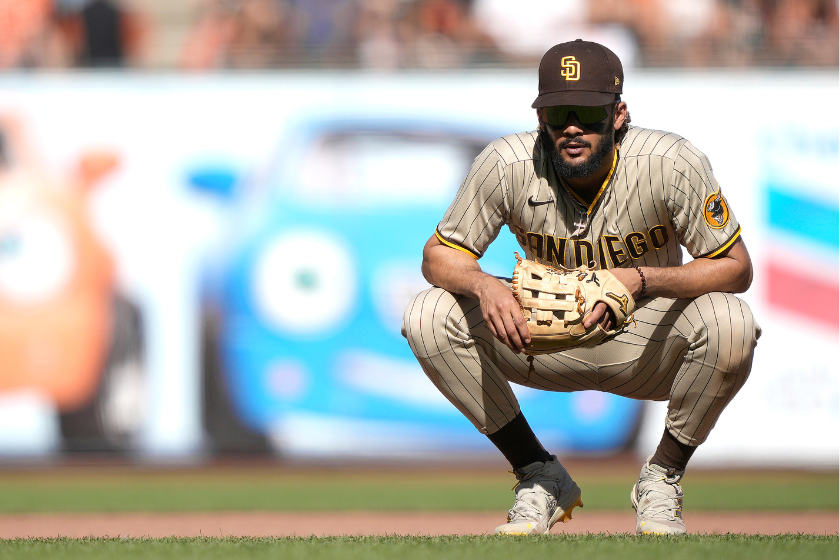 Why would Fernando Tatis, Jr. even risk the change of being popped for performance-enhancing drugs? Why risk any of it? Being a role model for younger players? Out the window. All of his numbers? Tainted. His superstardom? Forever in question. His face on Padres Mt. Rushmore? Forget it.

All of it, thrown away, for what?

Seriously. Tatis Jr. is one of the highest paid players in the history of the game playing on a high profile team, with other All-Stars on a Padres squad that is vying for a World Series title in one of the best divisions in baseball. Why would you be so careless? Even the Padres appear flabbergasted by the news, releasing a statement that reads "We were surprised and extremely disappointed to learn today that Fernando Tatis Jr. tested positive for a performance-enhancing substance in violation of Major League Baseball's Joint Prevention and Treatment Program and subsequently received an 80-game suspension without pay. We fully support the Program and are hopeful that Fernando will learn from this experience."

That last sentence smacks of your parents saying they're not mad, they're "just disappointed." And how could they not be? Tatis, Jr. is a superstar who they agreed to pay more than $340 million over 14 seasons and he chooses to taint his legacy with a ringworm drug? Come on.

Every player who tests positive says it's an accident, a mistake, or even offering zero excuse, just silence.

The worst part of all of this, is that whatever Tatis does from here on out, is moot. As we all saw when Robinson Cano tested positive for PEDs, it doesn't matter how historic and legendary your resume is, Cooperstown will not call. As we saw with Ryan Braun, the stigma of a PED suspension doesn't wash off, no matter how hard you scrub it. Even players like Mike Piazza and David Ortiz had the specter of steroid use haunt them in their path to Cooperstown.

Why would Tatis Jr. be so careless with the rest of his career? Perhaps we'll never know. But one thing is for certain, PEDs are undefeated against the legacies of players who didn't need to use them.

Why? Because cheaters never win.

MORE: Barry Bonds' Before and After Photos Tell His Entire Story