But after 22 seasons, 14 All-Star selections, 12 Silver Sluggers, seven National League MVP Awards, eight Gold Gloves, numerous MLB records and the most home runs in history (762), there remains a big, fat asterisk next to his name.

The BALCO investigation brought down numerous professional athletes who were supplied anabolic steroids, which was referred to as "The Cream." Among them were Olympic gold medalist Marion Jones, NFL All-Pro Bill Romanowski and Barry Bonds.

While many attribute Bonds' entire career to steroids, it wasn't until around 1998 when Bonds hired personal trainer Greg Anderson that things started to get suspicious. 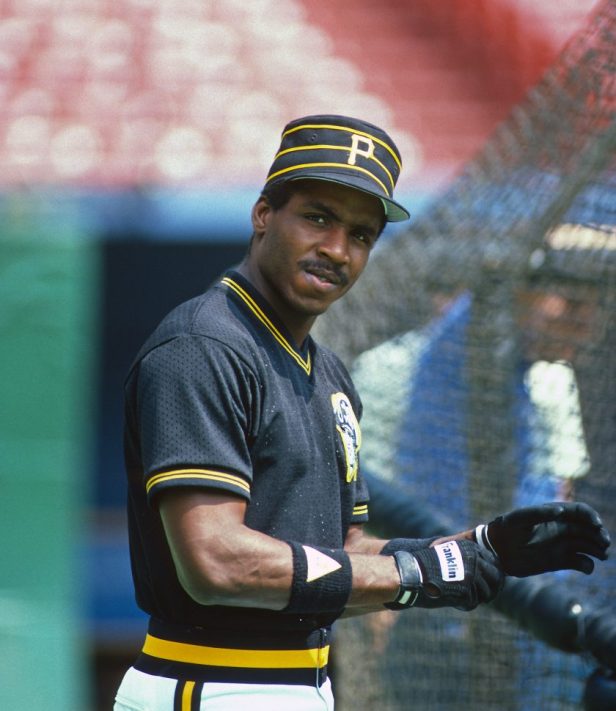 Bonds played his first seven seasons with the Pittsburgh Pirates. Making up a trio that included shortstop Jay Bell and right fielder Bobby Bonilla, the "Killer B's" and manager Jim Leyland reached the NLCS three-straight seasons, but never made the World Series. 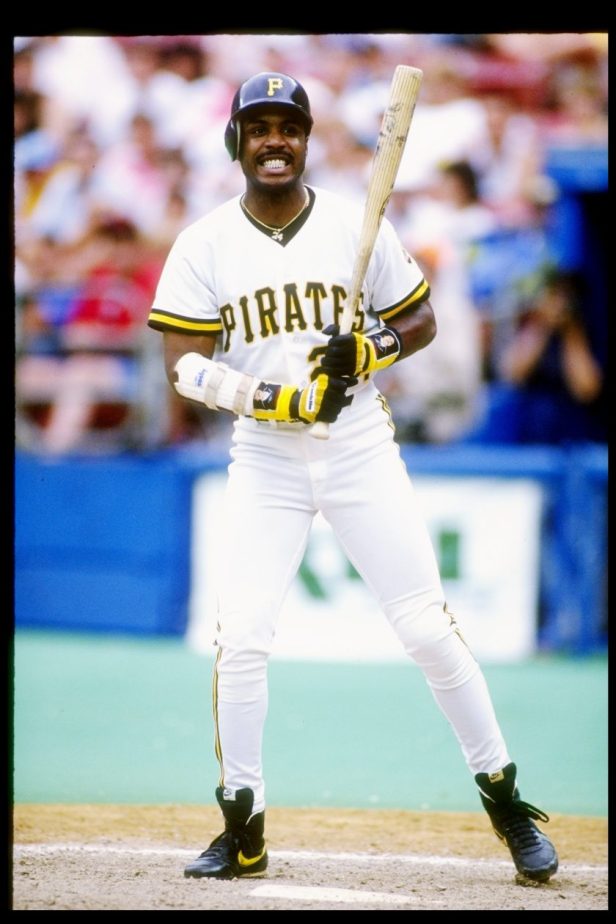 The star outfielder made six-straight MLB All-Star Games from 1993 to 1998, leading the league in walks four times. He hit for a .307 average in that span, averaging 39 home runs and 110 RBIs in each of those years.

So, let's just speculate and say Bonds began using steroids following the 1999 season when he missed 60 games and struggled with numerous injuries. Here are Bonds' career numbers as a hitter in the 13 seasons "before steroids":

You know how many players have 400 home runs and 400 stolen bases for their entire career?

One. His name's Barry Bonds. 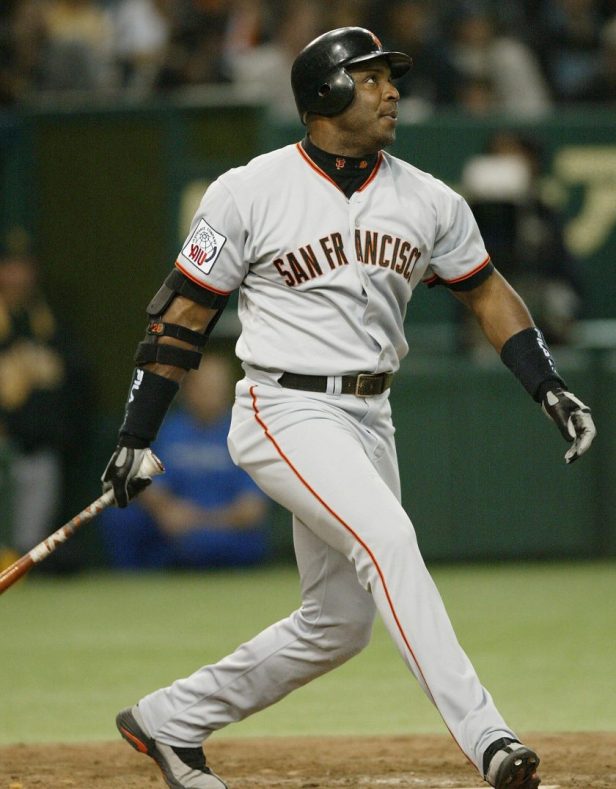 Starting in 2000 with his age-35 season, Bonds turned back the hands of time and went on a five-year run that will never be topped.

From 2000-04, Bonds clubbed 258 homers, including a single-season record 73 dingers in 2001. He led Major League Baseball in batting average twice, plus on-base and slugging percentages four times. Bonds also led the majors in walks every year, including the most intentional walks in one season with 120 -- the second-most ever, also Bonds, is 68. 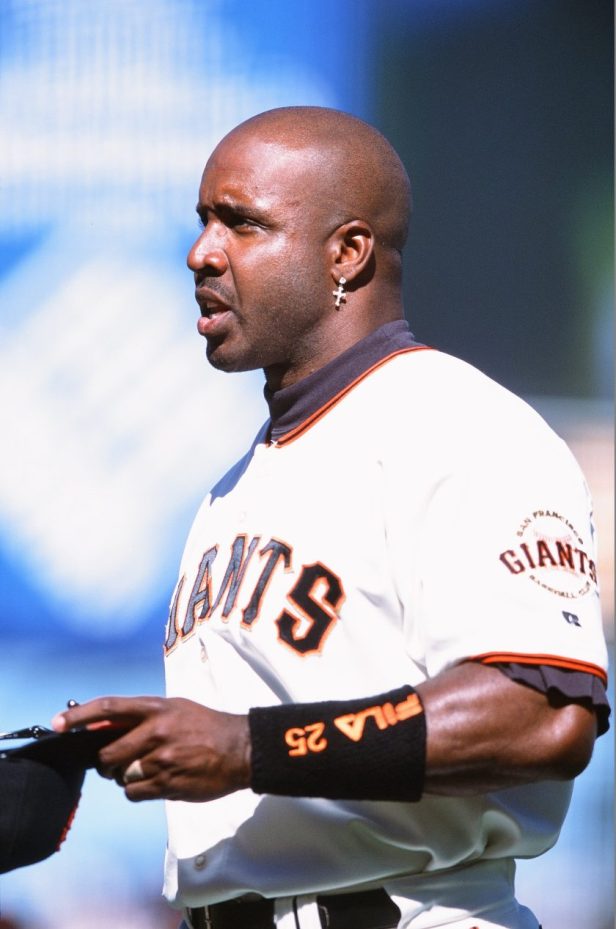 He returned the following season as the chase for Hank Aaron's all-time home run record was on. It took him two years, but Bonds clubbed his 756th home run off Mike Bacsik deep into the AT&T Park stands on August 7, 2007. As his teammates and fans cheered on baseball's new career home run king, Bonds's 11-year-old son Nikolai was the first to greet him at home plate. At last, Bonds had become finally surpassed legends like Hank Aaron and Babe Ruth as the game's greatest home run hitter. 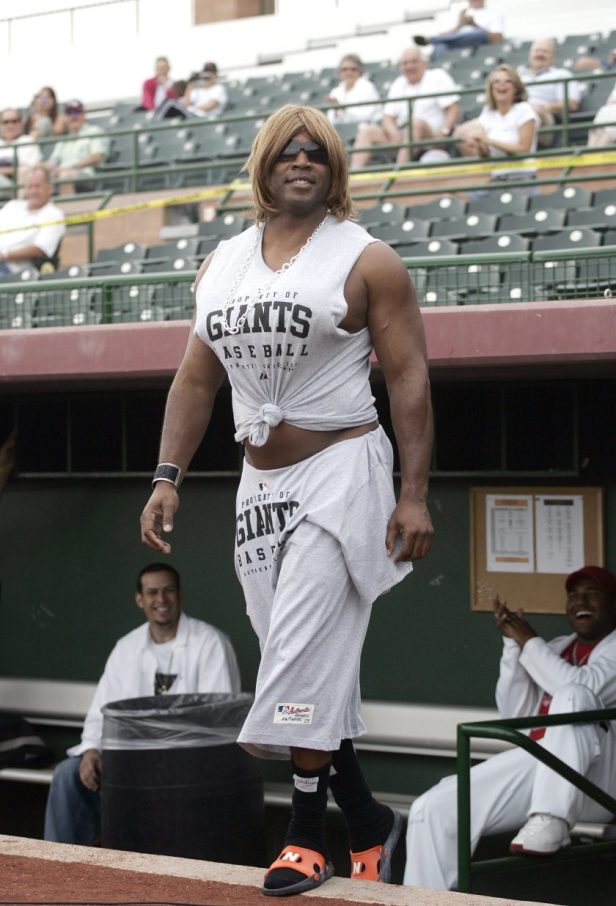 Bonds' second act seemed like a fairy tale. Turns out, it was actually too good to be true.

Working with the Bay Area Laboratory Co-Operative and his personal trainer Greg Anderson, Bonds' relationship with steroids dates back to 2000. It was around this time that BALCO founder Victor Conte and his team began measuring Bonds' nutrient levels to get him on a regiment that would "correct imbalances," according to ESPN's timeline of the investigation. 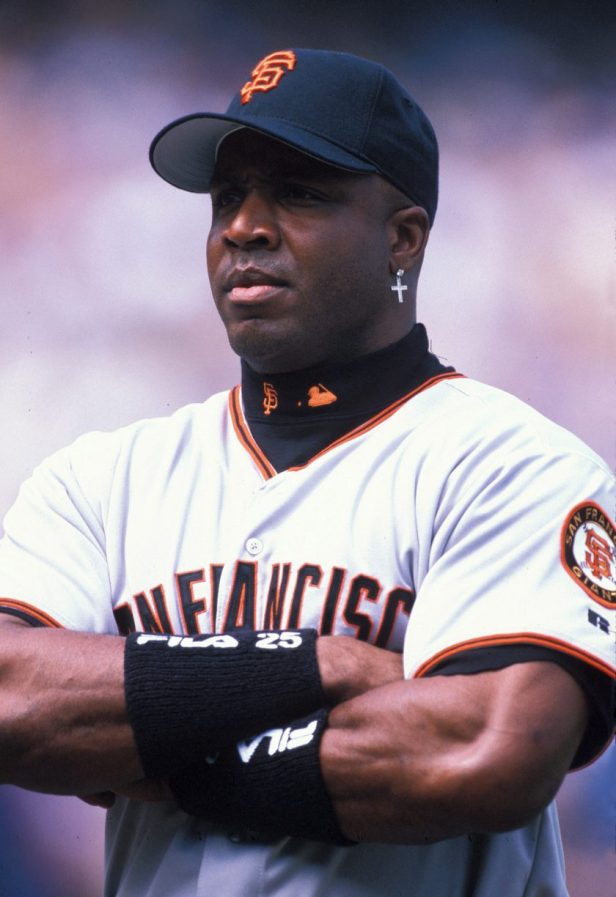 Over the next few years, and even as the investigation took place, Bonds repeatedly denied using banned substances, instead saying that the "cream and clear substances" he received from Anderson were nothing more than flaxseed oil and arthritis cream. (Bonds later gave Anderson a $20,000 bonus and bought him a ring to commemorate his record-setting 2001 season.)

I don't know about you, but I didn't realize flaxseed oil could do this?

Barry Bonds Before and After 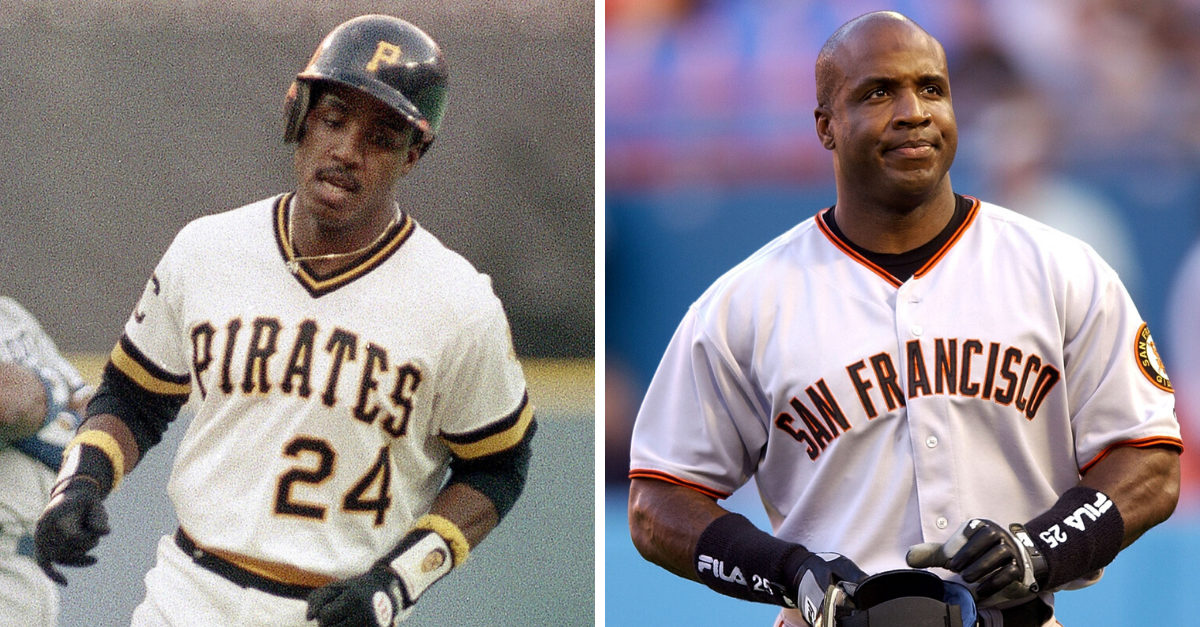 Bonds was indicted on perjury and obstruction of justice charges in November 2007 for lying under oath during his testimony to a federal grand jury about his steroid use. His obstruction charge was later overturned in the Ninth U.S. Circuit Court of Appeals that cited his "rambling, non-responsive answer" during testimony.

Wins Above Replacement (WAR) is a statistic that essentially measures how valuable a baseball player is compared to an average replacement. Of the top 30 MLB players all-time, four of them are not in the Hall of Fame -- Barry Bonds (4th), Roger Clemens (8th), Alex Rodriguez (16) and Albert Pujols (30), the last of whom is still playing.

A-Rod is eligible this year, and Bonds and Clemens may never be Hall of Famers. Much like St. Louis Cardinals slugger Mark McGwire, who was not elected after 10 years on the ballot, they all were connected to steroid use and performance-enhancing drugs.

Bonds needs 75 percent of the vote to earn his, in my opinion, rightful place inside the National Baseball Hall of Fame at Cooperstown.

For better or worse, Barry Bonds changed baseball history. He's one of the best players ever, even if he did have a little help from PEDs. Whether his head size irks you or not, there's no denying that his time in the majors was exciting, fun and made us all enjoy the long ball even more.