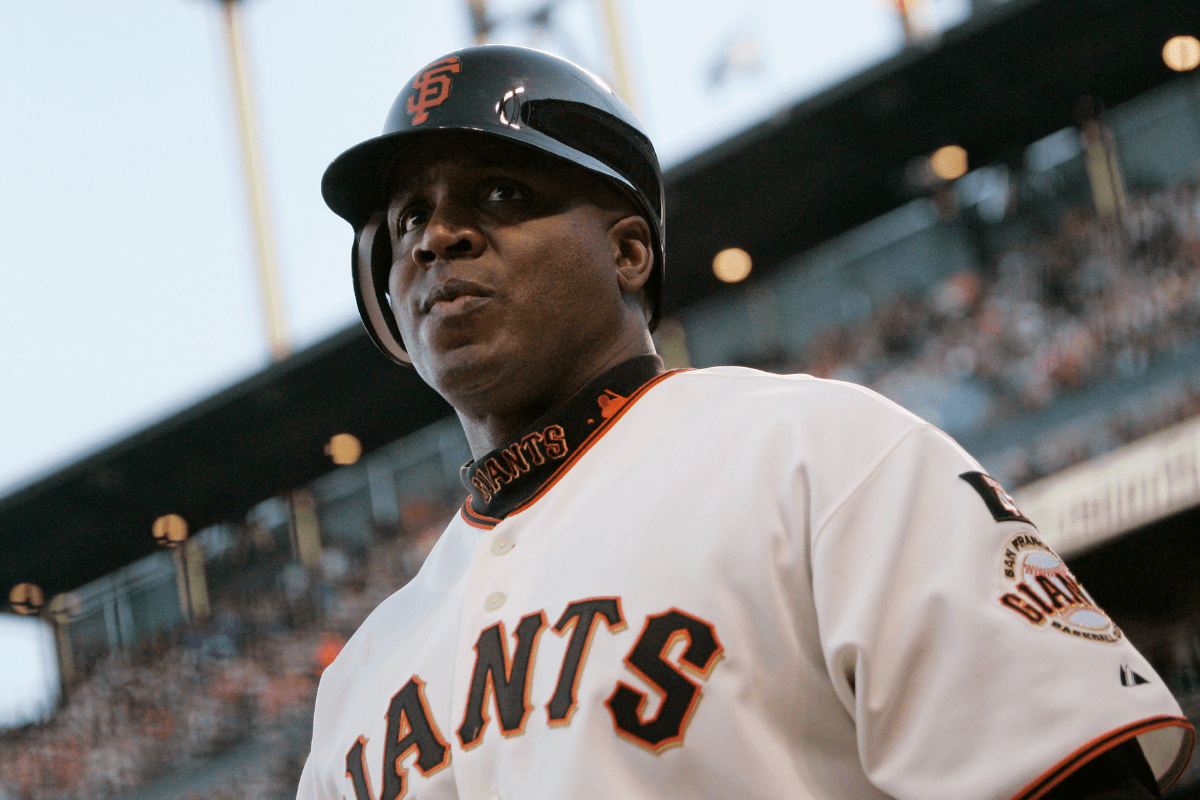 Former MLB super-slugger and disputed home run king Barry Bonds has had a controversial career in the pros due to his use of performance-enhancing drugs. Despite the contentious debate over his status as one of the game’s legends, the former San Francisco Giants power hitter is undeniably one of the most famous players to ever do it alongside names like Ken Griffey Jr., Hank Aaron and Babe Ruth.

“The Asterisk” is a household name who enjoyed a 22-year career as a baseball player, and in doing so the 56-year-old has amassed quite the fortune.

So, just how much is Barry Bonds worth?

Barry Bonds has two children with his ex-wife Susann Margreth Branco, Nikolai and Shikari. Bonds also had a near-10-year marriage to Kimberly Bell from 1994-2003. He also has a daughter, Aisha, with his second wife Liz Watson, with whom he split up with in 2010.

Barry Bonds absolutely dominated at Junipero Serra High School in San Mateo, California, earning All-American honors, before taking his talents to Arizona State University where he majored in criminology and emerged as a sensation on the diamond and a future first-round pick.

The Pittsburgh Pirates rolled the dice on Bonds in 1985, selecting him as the sixth pick of the Major League Baseball Amateur Draft. When he debuted as a rookie in 1986, he came in sixth place in National League Rookie of the Year award voting.

Bonds spent seven seasons as the left fielder for the Pirates, winning the first of his two MVP awards with the club in 1990. Additionally, Bonds helped lead the team to three National League Championship Series. He won his second MVP in 1992 after hitting 34 homers and stealing 39 bases.

The outfielder joined the San Francisco Giants in 1993 and would continue to dominate, making 12 All-Star appearances across 15 seasons in The Bay. Bonds would win five additional National League Most Valuable Player awards in San Francisco, while also increasing his career tally of Gold Glove awards to eight.

When Bonds retired from baseball in 2007, he had surpassed Atlanta Braves legend Hank Aaron and New York Yankees icon Babe Ruth in career home runs with 762. His home run record stands to this day, and seems unlikely to be broken any time soon. Bonds also holds the record for most intentional walks with 688, more than twice the amount of that of Albert Pujols who ranks second on the list.

In all, Bonds crushed 762 home runs, and drove in 1,996 RBIs. He featured on 14 All-Star teams, won seven MVPs and 12 Silver Slugger awards throughout his career as a professional baseball player.

Despite being one of the greatest MLB players of all-time, his use of steroids and performance-enhancing drugs leaves him on the outside looking in when it comes to the Baseball Hall of Fame. Additionally, Bonds never won a World Series throughout his baseball career, despite playing in the Fall Classic in 2002.

According to Spotrac, Bonds made over $192 million through career earnings across his 22 seasons in the MLB.

According to Celebrity Net Worth, Bonds has amassed an estimated net worth of $100 million from his professional career. He may still be one of the most disliked baseball players of all time, but with a bank account like that he might not care.