Mark McGwire, Sammy Sosa, Barry Bonds and the rest of the behemoths of the Steroid Era helped save baseball. Whether the long-term effect on the game was good or not...well, I'll leave that up to you.

It's hard to deny how exciting the 1998 home run race between McGwire and Sosa was. Big Mac breaking Roger Maris' MLB single-season home run record, against Sosa and the Chicago Cubs nonetheless, was truly a tear-jerking moment for America's Pastime. ESPN even produced a 30 for 30 on the famous home run chase called "Long Gone Summer" in 2020.

McGwire played college baseball for the University of Southern California, where he was teammates with future MLB Hall-of-Famer Randy Johnson and longtime NFL coach Jack Del Rio. He was selected 10th overall in the 1984 MLB Draft.

The 1998 home run king came up as a first baseman in the American League with the Oakland Athletics alongside his bash brother, Jose Canseco. As a (much less muscular) AL Rookie of the Year in 1987, McGwire belted a league-leading 49 home runs (that stood as a rookie record until New York Yankees slugger Aaron Judge hit 52 in 2017) and cemented himself as one of the game's premier power hitters. He was traded to the National League's St. Louis Cardinals in 1997 before doing the unthinkable in 1998. McGwire hitting 70 homers at 34 years old seemingly defied the aging process, and his body became the sole focus of his power-hitting prowess.

McGwire finished with 583 career long balls and 1,414 RBIs, and he still holds the major league career record for at bats per home run ratio (10.6). To the surprise of no one, he admitted in 2010 to using steroids throughout his career.

McGwire, Sosa and Bonds were bodybuilders with bats. They were hulks in cleats whose muscles looked like they were crafted in a lab. Sosa looks completely different these days (thanks to some skin bleaching) and Bonds looks like a deflated bounce house now.

As for the Big Mac, he's still a pretty big dude.

What Happened to Mark McGwire After Baseball? 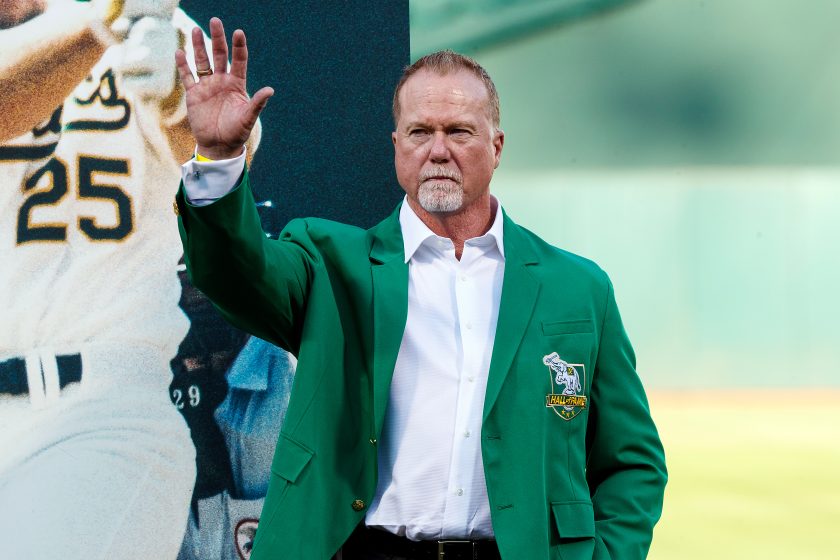 His life afterward wasn't exactly glorious. In 2005, Canseco said that he and McGwire used performance-enhancing drugs in the 1980s and Canseco himself injected his broad-shouldered teammate. McGwire and Canseco were two of 11 baseball players and executives who testified at a congressional hearing on steroids that same year.

McGwire refused to answer questions under oath. From his opening statement:

"Asking me or any other player to answer questions about who took steroids in front of television cameras will not solve the problem. If a player answers no, he simply will not be believed. If he answers yes, he risks public scorn and endless government investigations. My lawyers have advised me that I cannot answer these questions without jeopardizing my friends, my family and myself. I intend to follow their advice." 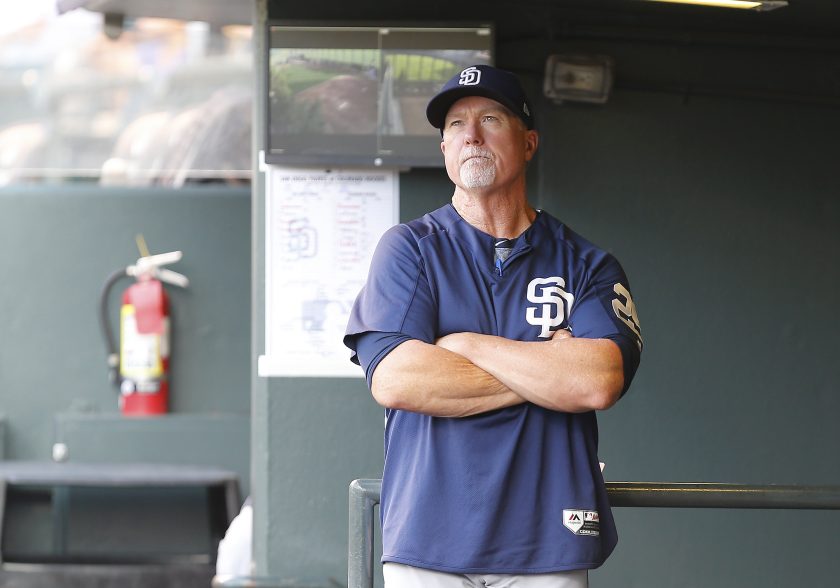 After his playing career, McGwire worked as a personal hitting coach for Cardinals players like Matt Holliday and Skip Schumaker.

In 2009, McGwire took over as the Cardinals hitting coach under Tony La Russa and immediately helped boost the offense in the 2010 season. Big Mac stayed in St. Louis until 2013, when he accepted the Los Angeles Dodgers hitting coach position. He was also able to stay closer to his wife and children, who live in Shady Canyon Irvine, California.

McGwire may not be quite as big as he was when he was belting 70 home runs, but he's still a scary dude even if he's approaching 60. During a 2013 brawl against the Arizona Diamondbacks, he was ejected for tussling with D-Backs coaches Kirk Gibson and Matt Williams.

Check out Dbacks coach Matt Williams' face whilst in clutches of Mark McGwire during the brawl tonight: pic.twitter.com/UukTtlqSr1

Two years later, the former home run hitter accepted the San Diego Padres bench coach position, a role he left after the 2018 season. McGwire may not look like the he-man of the past, but the 6-foot-5 former slugger is still a very big guy. 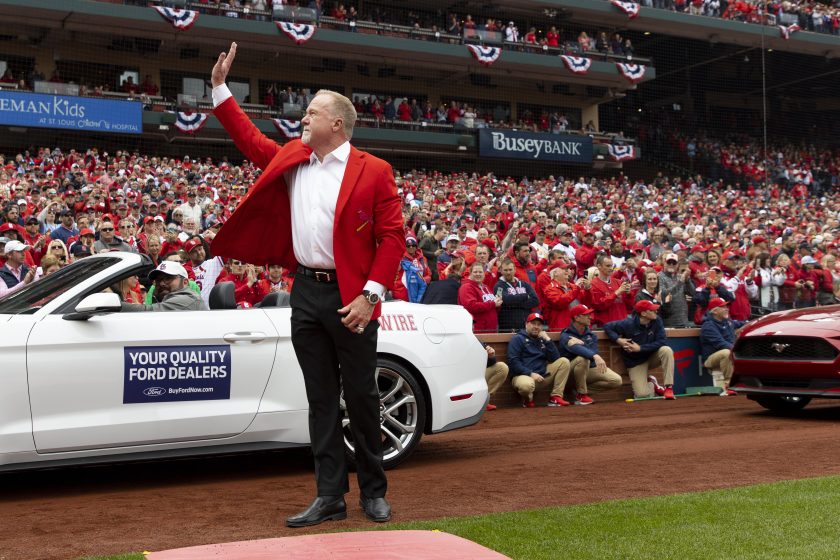 Like most baseball fathers, McGwire wants to watch his sons play. Mason and Max McGwire played together at JSerra High School in San Juan Capistrano, California. Max is currently a freshman power hitter like his father at Oklahoma University. Mason, who was a class of 2022 player, is a lanky pitcher who was just drafted by the Chicago Cubs in the eighth round of the 2022 MLB Draft.

Mason McGwire -- son of Mark -- was selected by his dad's rival #Cubs in the 8th round of the Draft. pic.twitter.com/59N5sohzuD

McGwire said he stepped away from coaching Major League Baseball because he "wants to watch his two boys play high school baseball," according to the Associated Press.

One can't blame the 58-year-old McGwire for wanting that. He has five children with his wife, Stephanie Slemer, in Southern California. She gave birth to three triplet girls in 2010. McGwire has also has a son, Matthew, from a marriage to Kathleen Hughes. Mark memorably raised Matthew in the air at home plate after hitting his record-breaking 62nd home run in 1998. The moment famously made the cover of Sports Illustrated, too.

The two-time World Series champion and Olympic silver medalist was inducted into the St. Louis Cardinals Hall of Fame in 2017 but failed to ever gain enough votes for the Baseball Hall of Fame.

Baseball fans have trouble remembering Mark McGwire fondly the way Babe Ruth is revered in baseball history. The 12-time All-Star Game selection helped revive the sport after the 1994 strike, but he admitted to steroid use over his 16-year career.

Now, he's watching his kids realize their dreams. Let's just hope they're hitting the weights the old fashioned way and learned what not to do from McGwire.

MORE: Barry Bonds' Before and After Photos Tell His Entire Story