Female UFC Star: ‘I Make More Money on Instagram Than I Do Fighting’ 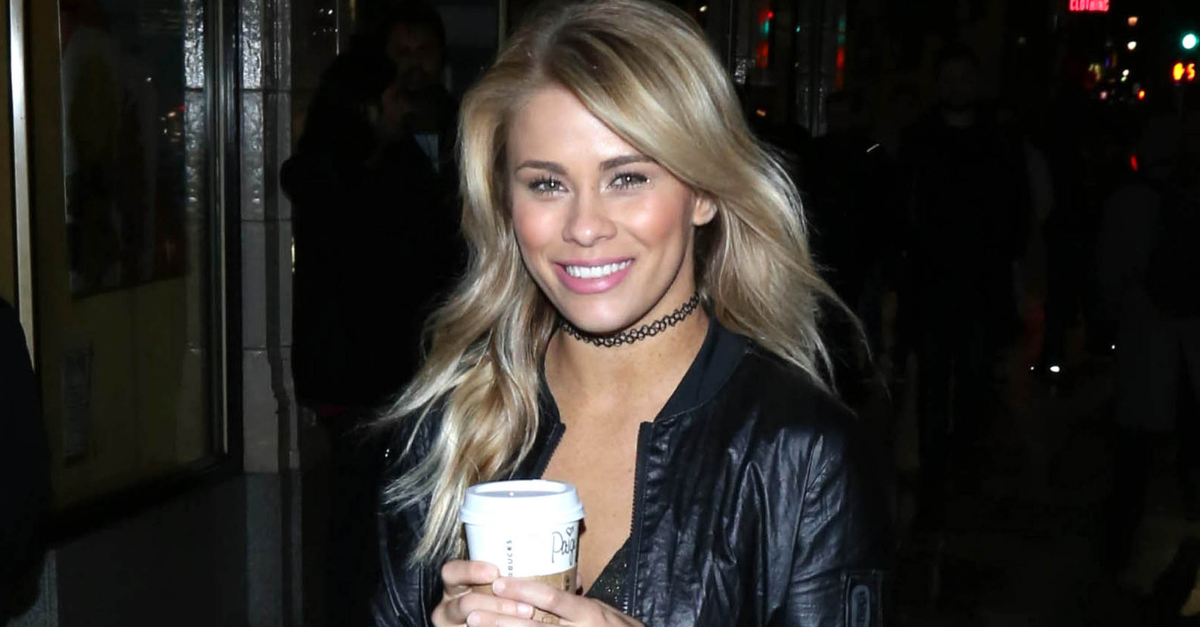 Photo by: gotpap/STAR MAX/IPx via AP

Women mixed martial arts fighters are just as popular as the men, and yet even as the UFC grows in popularity, they don’t get paid as much as the men. Ronda Rousey was the last real female superstar professional MMA fighter, and she has the net worth to prove it. She also took the women’s side of the sport to another level of popularity before transitioning to the WWE.

If you’re looking for a new woman in UFC President Dana White’s octagon to root for, look no further than Paige VanZant. Not only did she once break her arm and somehow keep fighting, the 26-year-old is one of the more recognizable women UFC fighters because she whoops ass in the cage and doubles as an Instagram model.

While she’s made a good chunk of change from her professional fighting career, she’s said that she makes more money posting to Instagram than she does stepping into the octagon to fight. Yes, a selfie endorsing a product is apparently worth more than putting her body on the line.

VanZant grew up a fan of ballet, jazz and hip hop dance at her parents’ dance studio in Dayton, Oregon, near her birth place of Dundee, Oregon. She also had a tomboy side to her that loved fishing, dirt bikes, hunting and shooting, which is why her father ? Steve VanZant ? nicknamed her “12 Gauge.”

Not long after she started training at UFC veteran Ken Shamrock’s gym when she moved to Sparks, Nevada, she began carving out a path out as a MMA fighter. She won her first amateur fight at 18 and by 2012 she turned pro, first fighting in the strawweight division and moving to the flyweight division in 2017. She’s also a blue belt in Brazilian jiu-jitsu.

On top of making a living off throwing elbows and kicks, she met her husband and wrestler-turned-fellow-successful MMA fighter, Austin Vanderford. The two got married in September of 2018.

VanZant’s built a sizable net worth in her brief career. Let’s take a look at how she’s done it.

VanZant made and won her professional MMA debut in 2012 at UWF’s Tournament of Warriors finale against Jordan Nicole Gaza by split decision. Months later, she defeated Amber Stautzenberger at Premier Fight Series 2 by unanimous decision. She also fought and lost to Tecia Torres in Invicta FC 4 in 2013 before signing with the Ultimate Fighting Championship.

According to TheSportsDaily.com, VanZant’s career earnings for her World Extreme Cagefighting and UFC fights total $474,500 since she began fighting in the UFC in 2014. That figure doesn’t include pay-per-view bonuses.

In VanZant’s UFC debut, she defeated Kailin Curran by TKO in the third round during UFC Fight Night: Edgar vs. Swanson in November of 2014 and took home an estimated $66,000 for the fight of the night, according to TheSportsDaily.com.

VanZant took home as little as $20,000 back in April of 2015 for fighting in UFC on Fox: Machida vs. Rockhold and most recently $91,000 for beating Rachael Ostovich in UFC Fight Night: Cejudo vs. Dillashaw in January of 2019.

She’s reportedly earned about $40,000 to show up in her last five fights dating back to December of 2015 with the chance to double that for winning her fight.

“I make way more money sitting at home, posting pictures on Instagram, than I do fighting.”@paigevanzant says her endorsement earnings greatly outpace her fight earnings (via @arielhelwani) pic.twitter.com/dpdANFcbxU

In August of 2019, she told Ariel Helwani that she makes significantly more money posting to social media than she does fighting.

VanZant also earns thousands of dollars per fight from a Reebok sponsorship. She signed with the company after her first ever UFC win in 2014 and maintained the endorsement up until 2019.

You’ve probably seen VanZant’s face somewhere outside the octagon. She appeared in Sports Illustrated’s 2019 Swimsuit Edition. She’s modeled for Nike and Columbia Sportswear. When she was a teen, she appeared in a mop commercial for Bissell.

She’s even appeared on the popular TV series Dancing with the Stars and Chopped. Paired with professional dancer Mark Ballas, she came in second on season 22 of the hit dancing show.

In 2018, she opened up about being gang-raped in high school in her biography, Rise: Surviving the Fight of my Life.

What is Paige VanZant’s Net Worth?

12 Gauge is one of the UFC’s rising mixed martial artist stars and has steadily built a reputation as a successful fighter and social media influencer in the United States. She also has one of the best nicknames in the sport.

Estimates for Paige VanZant’s net worth vary greatly, ranging from $600,000 to as much as $3.5 million, according to TSMSportz.com. As she gains a larger following the more she fights and posts on Instagram, that number only figures to shoot up.

This article was originally published August 30, 2019.