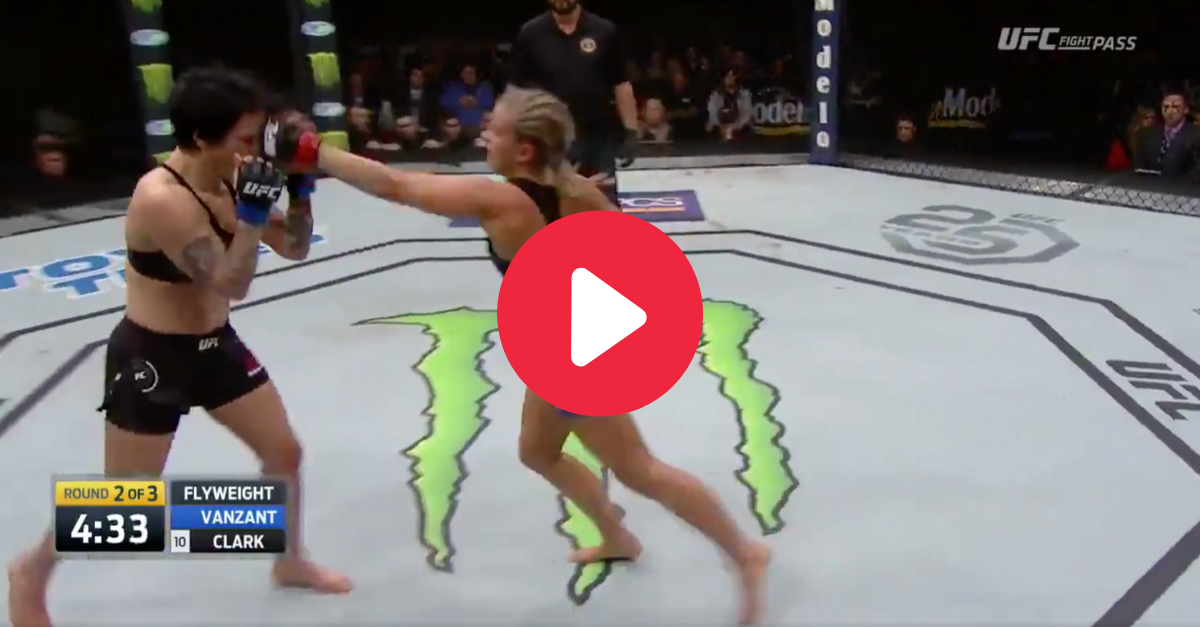 MMA is not a sport for the faint of heart and, every so often, a reminder swiftly arrives to push that point across. On January 15, 2018, it came from Paige VanZant, the fighters who has stripped down on Instagram and said she makes more money as a social media influencer than she does fighting.

The flyweight competitor suffered an injury that simply did not slow her down when she took on Jessica-Rose Clark at UFC Fight Night: Stephens vs. Choi in St. Louis and, in the “box score” of sorts, VanZant was simply credited with a loss to fall to a complete record of 7-4. However, the wildly impressive part is that she happened to break her arm in the middle of the second round but, in short, kept right on fighting and battling to the best of her ability.

VanZant let the world know after the match that she suffered the injury, but that she’ll be “back better and stronger than ever.”

Well… I broke my arm in the first! I was able to finish the fight but as you can see, had a hard recovering and throwing my right. I’ll be back better and stronger than ever! 💪🏼🦁 it’s all apart of the fight game. God had other plans for me. 🙏🏼 darn spinning back fist. pic.twitter.com/v5DhSv5YxD

For further information, VanZant also shed light on what exactly happened, as the official UFC Twitter account released a video of an exchange early in the second round that VanZant swiftly identified as the culprit.

Spinning back fist from @PaigeVanzantUFC lands, then she gets JRC to the ground! #UFCSTL pic.twitter.com/xh50dh4W4t

And that’s the shot that broke my arm lol @missjessyjess you got a hard head girl!! Congrats tonight. Tough as nails https://t.co/khKxLO1ugB

RELATED: MMA Fighter Poops Herself in Middle of Fight

It was pretty clear in watching the fight that she simply wasn’t the same after the break but, well, it is impossible to blame her for that. It takes quite a bit of moxie to finish off a fight while incapacitated in that way and credit is due in this spot.

The good news is that VanZant returned to the octagon in 2019. She defeated Rachael Ostovich via armbar submission on January 19, 2019, at UFC Figth Night: Cejudo vs. Dillashaw. She then fractured her arm twice more, which has kept her sidelined.

Still, fighting with a broken arm is pretty darn impressive.

MORE: Female UFC Star: ?I Make More Money on Instagram Than I Do Fighting?