Candace Parker Comes Out, Reveals She & Her Wife Are Expecting First Child 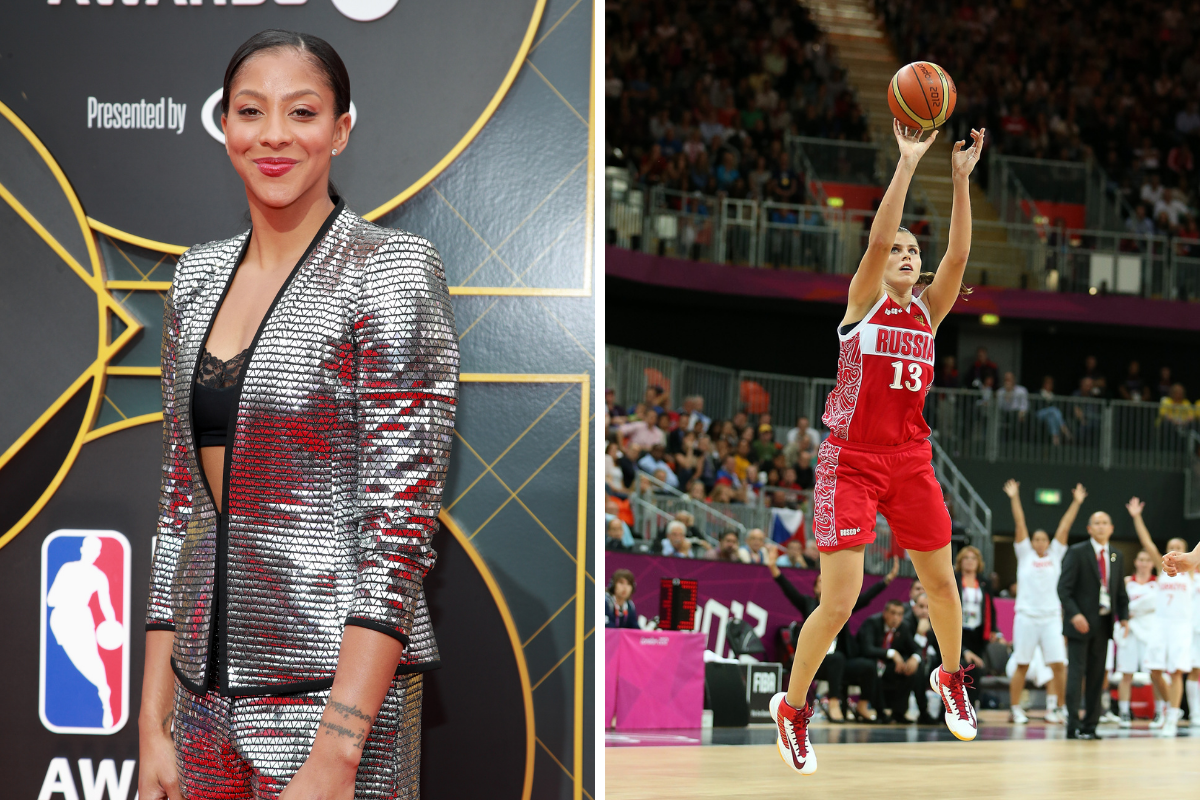 She plays for the Chicago Sky, she’s a studio analyst for Turner Sports’ NBA coverage and CBS Sports’ NCAA Tournament coverage, and she’s a mom.

One of the best qualities about the former Los Angeles Sparks superstar is she can make the best of any situation. Even a divorce.

However, not too long after one door closed, another opened when she married her wife Anna Petrakova.

Parker took to Instagram to share some big news. One, she came out publicly as gay and revealed she’s been married to Petrakova for two years. And two, Petrakova is pregnant with their first child.

“Happy Anniversary! 2 years ago, I got to marry my best friend in front of our close family and friends. My heart could have exploded. I cried like a baby…To know me or you is to know our love. This journey hasn’t been easy. I am proud of us and what we have built and who we have grown to become both individually and together. Thank you for always loving Lailaa as your own, being my calm, my support, my voice of reason, my laughs, my cuddles, my dance in the rain, my happy, my home… Thanks for constantly challenging me and telling me when I’m wrong. I LOVE YOU! I appreciate you, I value you and what we have.

We’ve always dreamed of growing our family…it’s surreal that we now have a baby on the way! Lailaa is pumped to be a big sister!

You couldn’t be more beautiful! Glowing, while understanding that I have to constantly love, kiss, and talk to your belly AND yes… play Jay-Z for the baby (Goose knows “Song Cry” already by heart !) I can’t wait to embark on this next chapter in life with you!

‘So, I love you because the entire universe conspired to help me find you.’ -Alchemist.”

Petrakova is a Russian basketball player who’s played all over Europe. She also played for the Russian national team at the 2012 London Olympics.

The two-time WNBA champion especially thanked Petrakova for her love towards her 12-year-old daughter, Lailaa, who she had with her ex-husband Shelden Williams.

Shelden Williams was a star at Duke alongside J.J. Redick from 2002-2006. He was the fifth-overall pick by the Atlanta Hawks in the 2006 NBA Draft.

The frontcourt player was a journeyman, playing for the Sacramento Kings, Minnesota Timberwolves, Boston Celtics, Denver Nuggets, New York Knicks, and New Jersey Nets in addition to the Hawks. He last played in the NBA in 2012 before playing in France and later in China.

Parker, a former high school star and University of Tennessee all-time great, and Williams got hitched on November 13, 2008. In May 2009, the couple welcomed daughter Lailaa Nicole Williams to the family.

They were together until November 2016, barely a month after Parker won her first WNBA championship, when Williams filed for divorce. According to TMZ Sports, the former NBA player cited “irreconcilable differences” as the reasoning.

The two settled for a one-time alimony payment of $400,000, a split of the profits from the sale of their Encino, California home, and joint custody of their then Lailaa.

The lump sum alimony payment refutes Parker from making ongoing spousal support payments. Parker nor Williams will have to make child support payments, too. They both pledged to equally fund her education.

Parker gives us glimpses into her personal life via social media. Lailaa is a frequent guest on her mom’s Instagram. It’s easy to see how proud the WNBA player is of her.

As for Parker’s playing career, it hasn’t missed a beat since she was the top pick in the 2008 WNBA Draft.

Parker was also named the 2020 WNBA Defensive Player of the Year and became the first female cover athlete for the NBA 2K video game series when she appeared on the cover of NBA 2K22.

In 2021, Parker, who was born in St. Louis and moved to Naperville, Illinois at an early age, signed with the Chicago Sky. She brought helped bring a championship to her hometown team when the Sky defeated Phoenix Mercury in the 2021 WNBA Finals.

Parker’s duties as a studio analyst keeps her involved with the game she loves in a different capacity and her net worth growing, but the quality time spent with her daughter and wife takes the cake as her favorite offseason activity.

This post was originally published on October 1, 2020 before updating.