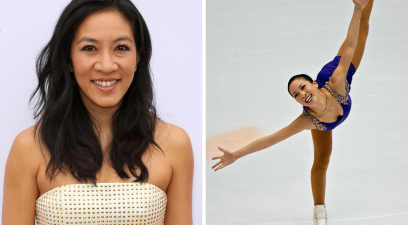 Michelle Kwan’s Net Worth: How She Skated Her Way Into Millions 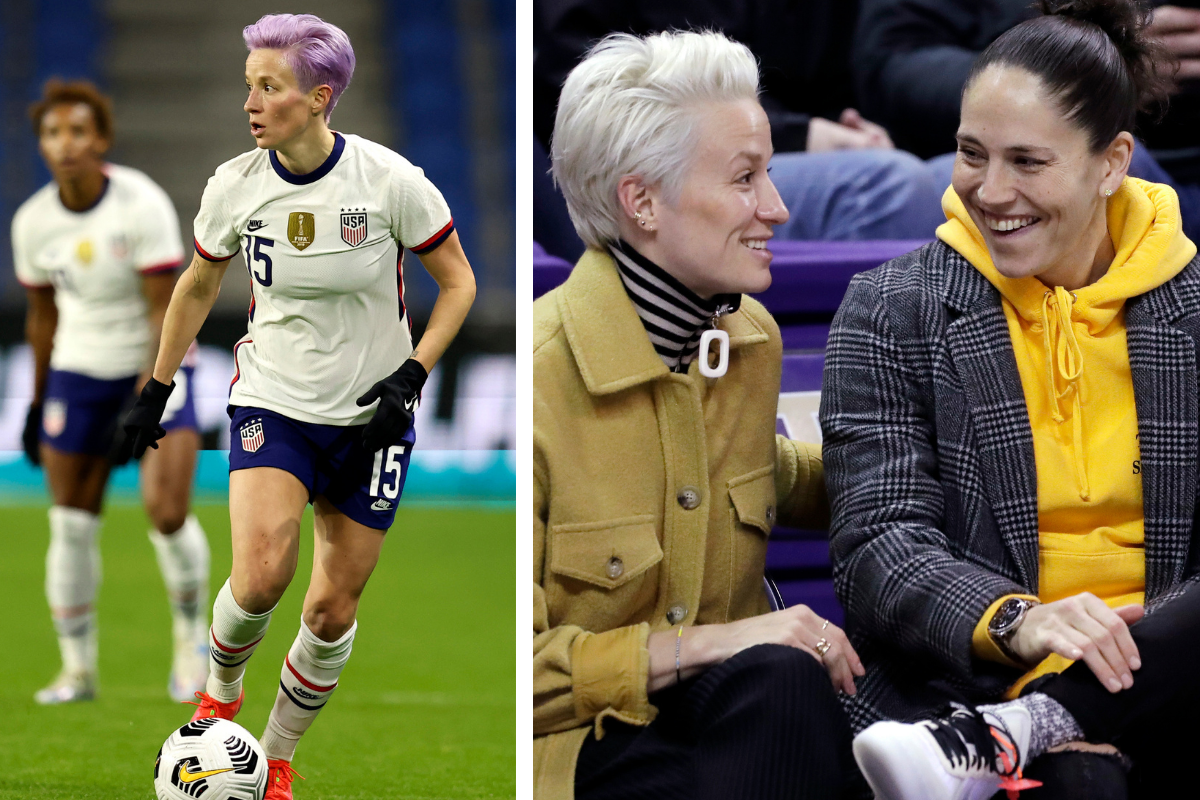 Megan Rapinoe is a goal-scoring extraordinaire, but she’s not the only one. Rapinoe is engaged to WNBA legend Sue Bird, a point guard who has averaged 12 points a game over her nearly 20-year professional basketball career. That’s the kind of consistency on which you can rely.

The female athletes traveled to Japan together in 2021 to compete in the coronavirus pandemic-delayed 2020 Tokyo Olympics, originally scheduled for last year. Both are representing Team USA, though in two different sports. While Bird is a basketball legend in her own right, Rapinoe is a soccer star of international prominence.

Who is this summer Olympics power couple, and how did they form a team?

How Did Megan Rapinoe and Sue Bird Meet?

Sue Bird and Megan Rapinoe’s love story begins and ends with the Olympics.

The pair met during an NBC promotional photoshoot for American athletes in the 2016 Rio Olympics. As they passed one another in the hall, Rapinoe made a lame attempt at hitting on Bird. Surprisingly, her comment had the intended effect.

Rapinoe was on the downside of a relationship, and Bird hadn’t come out to the world yet. But they were both Northwesterners who had the same agent, so they found a way to get in touch. Like one of her famous slide tackles, Megan slid into Sue’s DMs.

“We have a lot in common and just sort of clicked,” Rapinoe told ESPNW in 2017. “I joke she is my number one go-to-for-advice person. She’s just so level-headed.”

Bird came out to the media a year later, confirming her relationship with the World Cup champion. Their relationship has seen a whirlwind of press since then. Contrary to popular belief, not all press is good.

On the one hand, they were the first same-sex couple to appear in ESPN The Magazine’s Body Issue. The Body Issue depicts naked athletes in all their glory. The first Body Issue was published in 2009, so it doesn’t have a long and remarkable history like SI’s Swimsuit Edition. Megan Rapinoe has appeared in that special edition, as well. The Bird Raptor has also appeared on the covers of GQ and InStyle.

When Donald Trump threw a characteristic Twitter hissy fit about Rapinoe, Bird wrote a hilarious response in The Players’ Tribune. Bird was on-hand in France when Rapinoe won the 2019 FIFA World Cup, and the pair got engaged in Antigua the following year. Both of them shared a pic of the special moment on Instagram:

Rapinoe returned the favor by quarantining in the WNBA’s Wubble in Bradenton, Florida, to watch her wife become a WNBA champion for the fourth time. Now, in the summer of 2021, Birdinoe is making history again. According to Olympic historian Bill Mallon, they are the first same-sex couple of U.S. athletes to compete at the same Olympics.

The Gold Medalists share a condo in the Queen Anne neighborhood of Seattle. Their opposite styles (Bird is reserved, Rapinoe has pink hair) blend perfectly to form a modern relationship yin and yang. With a marriage on the horizon, this Olympic power couple will stay balanced for years to come.

“We have quite a bit of overlap. Even though we play different sports, I think especially as a little bit older athletes, you know, we have some of the same ailments—the lower back hip thing,” Rapinoe told Oprah Daily. “It’s just nice to have a workout buddy, to break things up.”

Watch all of @mPinoe's goals and assists that delivered her the World Cup’s top individual honors. 🥇🥇 pic.twitter.com/LGXGSBZ5n7

Megan Anna Rapinoe is a professional soccer player, specifically a winger, from Redding, California. Born with a fraternal twin, Rapinoe quickly distinguished herself at a local soccer club, the Elk Grove Pride. Now, she’s known as one of the best all-around players in the world. But she’s well-known off the field, as well.

The soccer star is a public advocate for LGBTQ rights, women’s equal pay (I’m sure she’s had plenty to say about her wife’s salary compared to NBA superstar salaries) and Black Lives Matter. She kneeled alongside NFL martyr Colin Kaepernick for the National Anthem, turned down a trip to the White House and should be Joe Biden’s vice president.

She was named one of Time Magazine‘s Most Influential People of 2020 and has sports sponsorships from companies like Nike, BodyArmor, LUNA and Wildfang. Rapinoe’s outspoken personality is perfect for the limelight.

That goal won an ESPY.

For her 2019 World Cup performance, the U.S. Women’s National Team co-captain won the Ballon d’Or Feminin, the Best FIFA Women’s Player Award, and the World Cup Golden Ball. Rapinoe has also won two Olympic gold medals with the USWNT. The first was in London, the latter in Rio de Janeiro.

RELATED: Sue Bird’s Net Worth Makes Her the WNBA Queen

Suzanne Brigit Bird is an American-Israeli professional women’s basketball player for the Seattle Storm. She’s won four WNBA titles with the Storm, the reigning WNBA champion. Like teammate Diana Taurasi and other WNBA stars, Bird plays in Russian leagues during the offseason and gets paid more in Moscow. She’s played for Dynamo Moscow, Spartak Moscow Region and UMMC Ekaterinburg.

Sue Bird’s storied basketball career will land her in the Hall of Fame. On top of four WNBA championships, Bird has made 12 All-Star teams, five All-WNBA First Teams and the WNBA All-Decade Team. In Europe, she’s a five-time Euroleague Champ, has won two European SuperCups and the Russian National League five times. As a member of the U.S. Olympic basketball team, Bird has won four gold medals.

Bird is from Syosset, Nassau County, New York, on Long Island. She began her basketball career at Syosset High School. She transferred to Christ the King Regional High School in Queens for better competition. It was a smart move.

The high school All-American was soon recruited by women’s basketball powerhouse the University of Connecticut and Geno Auriemma. Bird built her legend with the UConn Huskies.

Sue Bird and Megan Rapinoe are the ultimate power couple. One is the face of U.S. soccer while the other is a four-time WNBA champion. All eyes will be on this terrific pair at the Tokyo Olympics.

MORE: Megan Rapinoe’s Net Worth: How Rich is the USWNT Star?