Kenny Smith Married a Famous Model from ‘The Price is Right’ 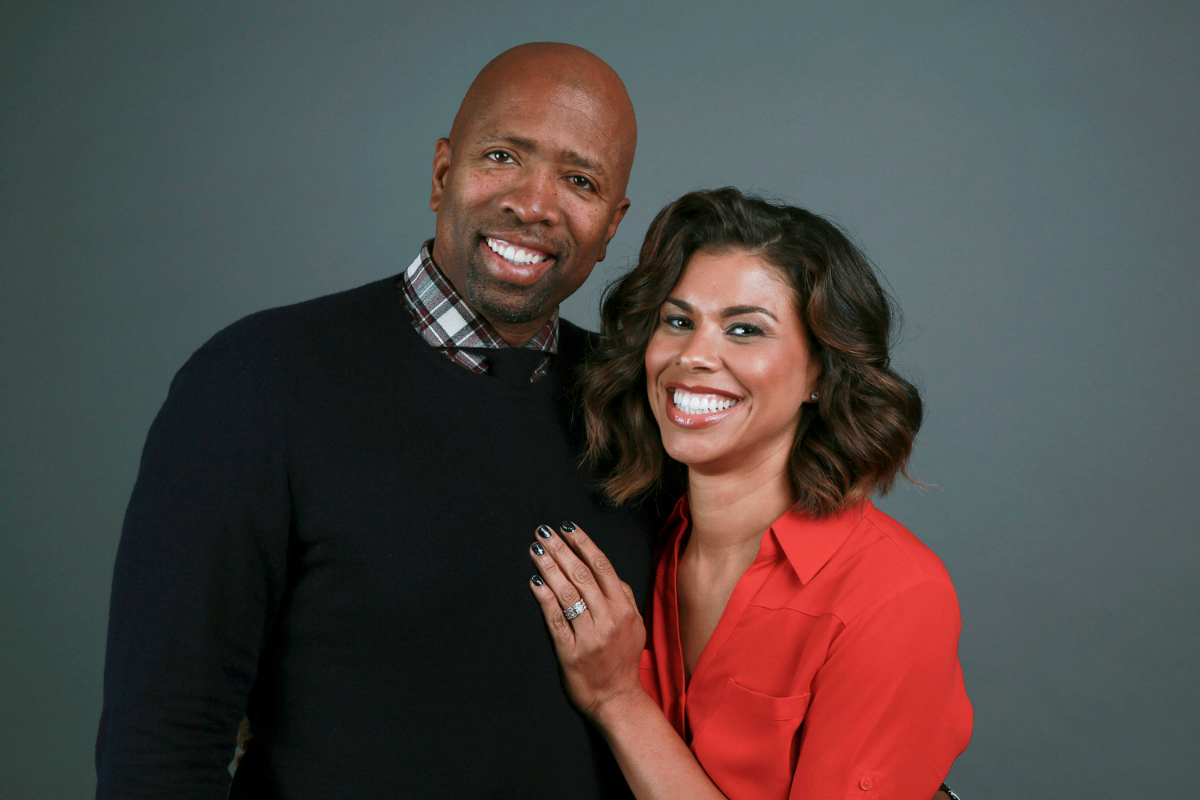 Kenny “The Jet” Smith always makes basketball fun. He’s been a big part of the game for over three decades and continues to share his passion during the season. The former NBA player turned Inside the NBA analyst has quite the personal life, too.

These days, you can find Smith talking shop on TNT with host Ernie Johnson, Shaquille O’Neal and Charles Barkley. It’s must-see television every single time the show is on, especially during the playoffs. The Jet is one of the best in the business, and the perfect complement to some outrageous personalities.

When he’s not in the Atlanta studio working for Turner Sports, Smith is big supporter of his kids and provides for them after going through a pair of divorces over the years.

Born in Queens, New York, Kenny Smith was a star basketball player at a young age. He dominated at Archbishop Molloy High School and earned McDonald’s All-American status as a senior.

Smith left New York City and took his talents to the University of North Carolina in Chapel Hill, where he became a Consensus All-American. The 6-foot-3 point guard scored 1,636 points during his NCAA career and left as UNC’s all-time leader in assists and steals.

His No. 30 jersey hangs up in the rafters at the Smith Center.

After college, Smith was selected sixth overall in the 1987 NBA Draft by the Sacramento Kings. He played for the Kings, Atlanta Hawks, Houston Rockets, Detroit Pistons, Orlando Magic and Denver Nuggets before he retired following the 1986-87 season.

It was during his NBA career, when he won two NBA Finals rings with the Rockets, that he started his family.

Kenny Smith was first married to Dawn Reavis and the couple have two children together: Kayla Brianna and Kenneth Jr.

Kayla Brianna Smith is an R&B singer with several hits and has a big social media following, while K.J. Smith is a walk-on guard for the North Carolina Tar Heels.

Kenny and Dawn split up, but he was able to find love again with a model from The Price is Right.

After his divorce, NBA analyst Kenny Smith met ex-wife Gwendolyn Osborne at a charity event in 2004. They dated for two years before getting married in Stevenson Ranch, California.

Osborne was a The Price is Right model for 12 years and an actress in movies such as Any Given Sunday and Snow Dogs before she became Kenny Smith’s wife. The couple also starred in the reality show Meet the Smiths on TBS with their family back in 2015.

Kenny and Gwendolyn Osborne-Smith have two children together: a son named Malloy Adrian Smith and a daughter named London Olivia Smith. Osborne also has a daughter, Monique, from a previous relationship.

Unfortunately, their marriage did not last. Osborne, who was born in England, filed for divorce from the former professional basketball player in Los Angeles back in 2018 and cited irreconcilable differences as to why they were splitting up after 12 years, according to The Blast and Yahoo! Finance.

Additionally, Osborne looked to garnish the basketball analyst’s paychecks from Turner Sports for spousal support and child support, asking for $28,898 and $16,562 per month, respectively. The court documents and order stated that Turner Sports was to pay the money to the California State Disbursement Unit, which would then be paid to the former model.

It is unclear whether or not Smith’s wages go to his ex-wife today.

“Kenny and I are parting ways very amicably,” she said. “There is no one to blame here. We have amazing kids and will co-parent our children with all the love in the world.”

Although love hasn’t always worked out, Inside the NBA co-host and studio analyst Kenny Smith has done quite well for himself, including winning an Emmy and covering  NBA All-Star games and broadcasting the NCAA Men’s Basketball Tournament for CBS.

The Jet continues to thrive and shows no signs of slowing down. According to reports, Smith boasts an estimated net worth of $20 million.

MORE: Ernie Johnson & His Wife Had 2 Kids and Adopted 4 More