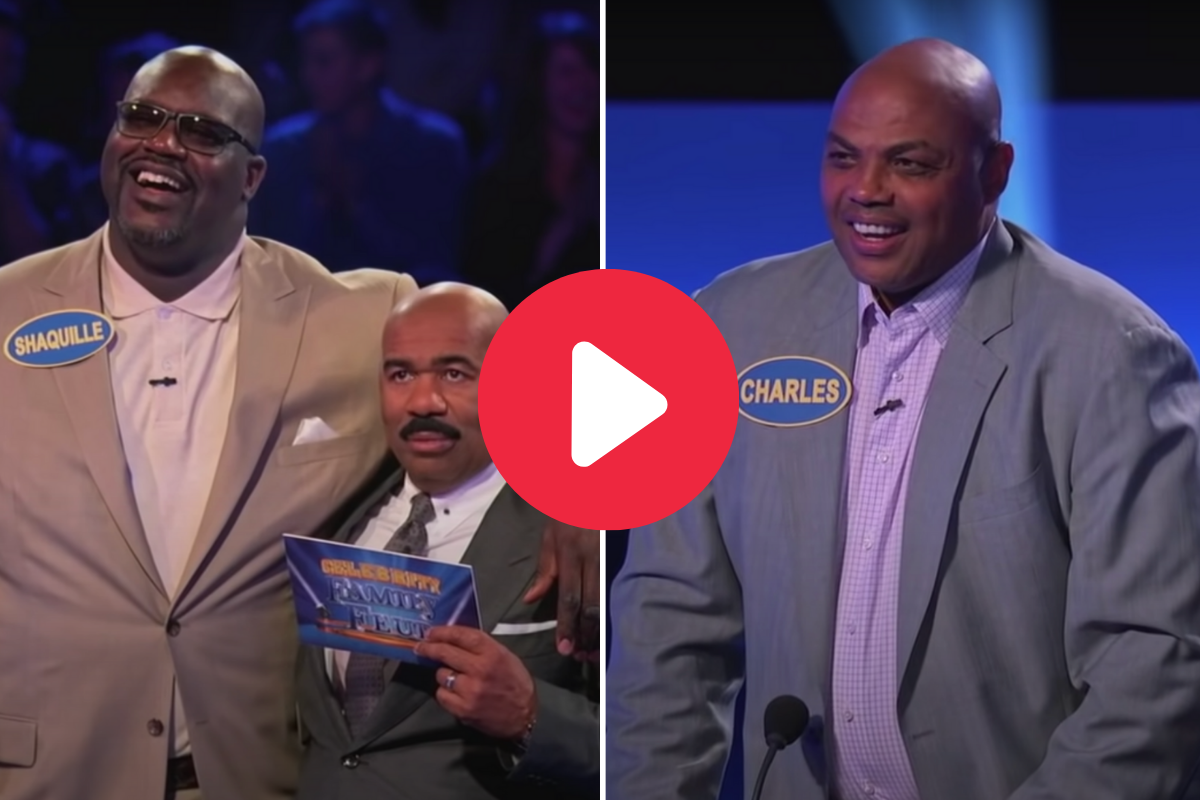 NBA games on TNT are filler in between must-watch TV.

Pregame, halftime, and postgame are where the guys on Inside the NBA shine as the most entertaining foursome since Turtle, Vinnie, E, and Drama begged to be your superhero.

Waiting for them were competitors from the MLB All-Stars including Johnny Damon, Jimmy Rollins, Sean Casey, Jennie Finch, and John Franco.

Each team was out of their element on the ABC game show. Naturally, the two largest competitors and personalities — Shaq and Charles Barkley — stole the show.

Steve asked Chuck: ?If a man?s zipper breaks at church, what might he use to cover it up??

The awkward answer missed the filter.

Johnson tried to switch to the other team. O’Neal, a sheriff’s deputy in Jonesboro, Georgia, could’ve arrested Barkley right then and there.

Barkley doubled down. He clarified that he meant baby and not child. Host Steve Harvey, Smith, and Shaq all ripped on him.

The MLB team was thankful they weren’t on camera. Damon looked for someone to shield him.

Shaq and Sir Chalres took their tandem into the Fast Money round. Barkley went first.

Some good answers from the Chuckster. 134 points.

The Hall of Famer only needed 66 points to secure the victory. He surpassed it on the third answer. As Steve mentions, BBQ sauce is essential before cooking and I can’t disagree.

Whether it’s the latest action from LeBron James and the Los Angeles Lakers or a game show, put a mic in front of Charles and Shaq and watch.