Jennie Finch transcended the sport of women's softball. Her impact on the game was immeasurable. Along with names like Monica Abbott and Cat Osterman, she is one of the greatest pitchers in the sport's history.

Finch taught us that hitting one of her rise balls, drop balls or changeups is much harder than anything Major League Baseball hitters see. Albert Pujols and other MLB hitters had no chance facing the Olympic gold medalist and NCAA national champion.

As Finch became a household name, she appeared on TV. She posed for magazines. She even launched her own line of softball equipment with the help of Mizuno. At the peak of her career, Finch was one of the most talked about female athletes in the country.

Where is Jennie Finch now, though? Let's just say the 40-year-old traded in home plate for a home on the range.

Jennie Finch did not drop a single decision in 2001, recording the only 32-0 perfect season in #NCAASoftball history with a 1.000 winning percentage at @arizonasoftball.#TBT pic.twitter.com/yEFli9bd0D

Born in La Mirada, California, Finch was a massive Los Angeles Dodgers fan as well as a prodigy at La Mirada High School. She left with a career record of 50-12, six perfect games, 13 no-hitters, a 0.15 ERA and 784 strikeouts. That was before the nation knew her name.

Finch blossomed into an All-American pitcher and first baseman for the University of Arizona Wildcats softball team in the early 2000s. She set the NCAA record for consecutive wins (60), and the RBI collector also clubbed 50 home runs. She won the Softball Player of the Year and Pac-10 Pitcher of the Year as a junior in 2001, when she carried the Wildcats to a Women's College World Series national championship.

She starred on Team USA afterward, winning three World Cups, two world championships and two Olympic medals. Finch and the U.S. national team took home an Olympic gold medal in Athens at the 2004 Olympic Games and a silver medal in the 2008 Olympics at Beijing. Not too shabby, adding Olympian to her already mammoth resumé.

During this time, she also helped put the National Pro Fastpitch league on the map. The 6-foot-2 former NPF great spent five seasons in the league and had her jersey retired by the Chicago Bandits.

Finch's name carried more weight than any player before her time. She gained notoriety for being one of the most beautiful female athletes of all time, receiving more votes than any other female athlete in a 2003 ESPN poll. PEOPLE magazine put her on its "50 Most Beautiful People" list in 2004.

Yet Finch was never defined by her appearance. Her efforts in the circle earned her endorsement deals from brands like Sprint, Bank of America and Mizuno. The latter of those gave her a signature line featuring a bat, batting gloves, shoes and a mitt with her name etched on them. Oh, and lots of pink.

Finch's Retirement and Life After Softball 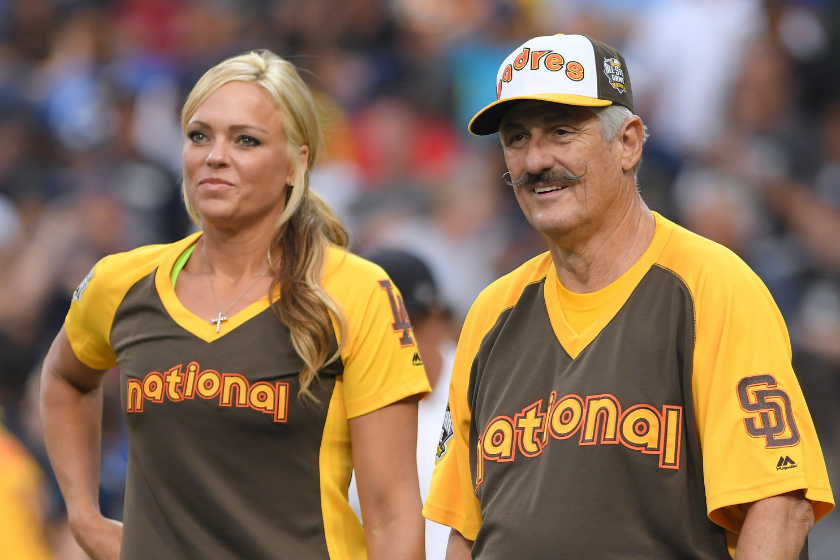 The iconic softball pitcher officially retired on July 20, 2010, because she wanted to be with her family more.

In 2011, she co-authored a book, "Throw Like a Girl: How to Dream Big and Believe in Yourself." The book dives into her life playing softball.

She also became a familiar face on TV. Finch has been a staple in the MLB All-Star Celebrity Softball Game, where she often takes the mound and steals the show. She competed in Dancing with the Stars in 2018, and even before she retired, went on The Celebrity Apprentice.

Finch, an ASA/USA Softball Hall of Fame inductee in 2016, eventually traded in her life on the screen for a much quieter one in the countryside. 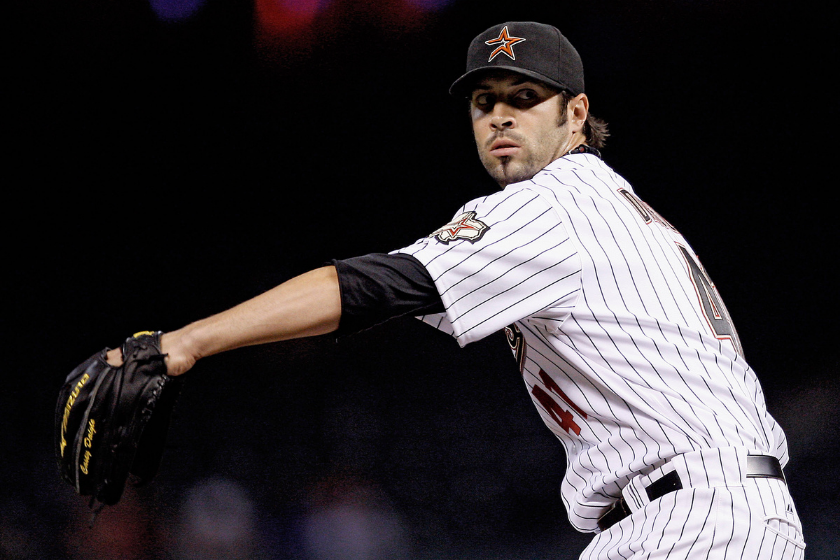 Daigle actually popped the question to Finch on the University of Arizona softball field, where she spent years popping the catcher's mitt.

"He blindfolded me and took me to the mound and said, 'You have been the queen of the diamond for four years. Now I want you to be the queen of my heart.'" she told PEOPLE magazine.

She and her former baseball player husband have three children. Their first son, Ace, was born in 2006. Diesel was born in 2011. She gave birth to their daughter, Paisley, in 2013.

Now, Jennie Finch Daigle lives on a farm in Sulphur, Louisiana, a city of about 20,000 people that produced Dallas Cowboys quarterback Dak Prescott.

She told Modern Farmer that they own an 80-acre ranch 10 minutes from the Texas border in southwest Louisiana. As for what they produce on their farm, well, it's about as wide an array as her pitching arsenal used to be.

"We grow all the vegetables we eat -- tomatoes, cukes, potatoes, onions, peppers, turnips. There's a sunflower seed plot. We also have chickens, a goat and a couple of horses, and we bought a nearby exotic animal farm. So now we have African waterbuck, elk, weird animals like that. Casey's dad raised Charolais beef cattle, so we plan to start doing that too. Oh yeah, and bush hogging -- we're going to sell hay," she told Modern Farmer.

Finch has always been a devout Christian. She turned down offers to pose for Playboy and Maxim, saying she wanted to be a role model to young girls across the United States. She did, however, model for the Sports Illustrated Swimsuit Edition in 2005.

And so it seems Finch has found her happiness on her farm. She and her husband raise the kids there and feed them from what they grow. Still, when she has former teammates over they still look at her new life in disbelief. Especially when she tells them to eat frog legs.

"'Who are you and what happened to you?!' they say. Then they visit and they see what it's like out here, fishing and hunting and riding 4-wheelers. I love taking old friends out frogging," she told Modern Farmer. "We catch 'em, clean 'em, fry 'em up and eat the legs. It's a wild ride."

Indeed, it has been a wild ride for Jennie Finch.