Charles Barkley is one of the NBA's most outgoing personalities and has never been afraid to speak his mind. His wise-cracking demeanor made him a fan favorite and interview legend.

Sometimes his words overshadowed his play on the court, but Chuck is pure entertainment when he has the mic. His talking is much smoother than his golf swing.

Prior to dominating the boards, slamming dunks, and dishing assists in the NBA, Barkley -- a Leeds, Alabama native -- was a force down low as a member of the Auburn University men's basketball team.

He led the Tigers to their first NCAA Tournament in 1984 and earned the nickname "The Round Mound of Rebound."

Then, in the NBA, he made a lot of money.

The @ALDOT stat of the week: In his senior season @Leeds_Athletics Charles Barkley averaged an outstanding 19.1 points and 17.9 rebounds per game and led his team to a 26?3 record en route to the state semifinals. pic.twitter.com/SNmGQJZ3BV

Charles Wade Barkley was born on February 20, 1963 and grew up near Birmingham, Alabama. He stood 5-foot-10 as a junior at Leeds High School, and he failed to make the varsity team.

That summer, he had a growth spurt and shot up to 6-foot-5 before finally getting noticed by college programs.

During a Christmas tournament his senior year, Auburn head coach Sonny Smith noticed "a fat guy here who can play like the wind." It was Barkley dominating, and he went on to attend Auburn and study business management. 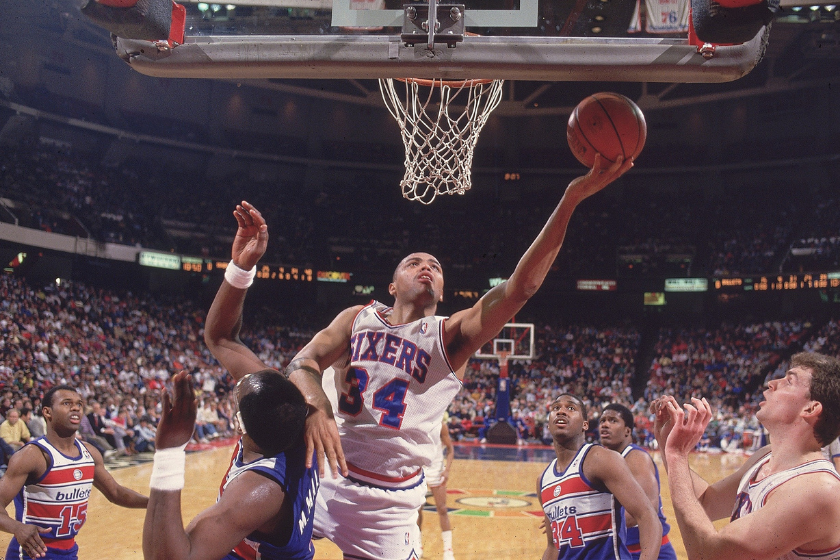 Charles Barkley took his talents to the National Basketball Association before his final year of eligibility in the Southeastern Conference. He was the fifth-overall pick by the Philadelphia 76ers in the 1984 NBA Draft.

The first-round draft pick enjoyed a successful NBA career with the Sixers, Phoenix Suns, and Houston Rockets before retiring in 2000.

Sir Charles was as dominant as he was outspoken, making 13 playoff appearances and reaching the 1993 NBA Finals against Michael Jordan's Chicago Bulls.

The former NBA player won two Olympic gold medals while playing for the United States Men's National Team. He was a member of the "Dream Team" at the 1992 Barcelona Olympics along with Jordan, Larry Bird, and Magic Johnson. He returned four years later for the 1996 Olympic games in Atlanta. 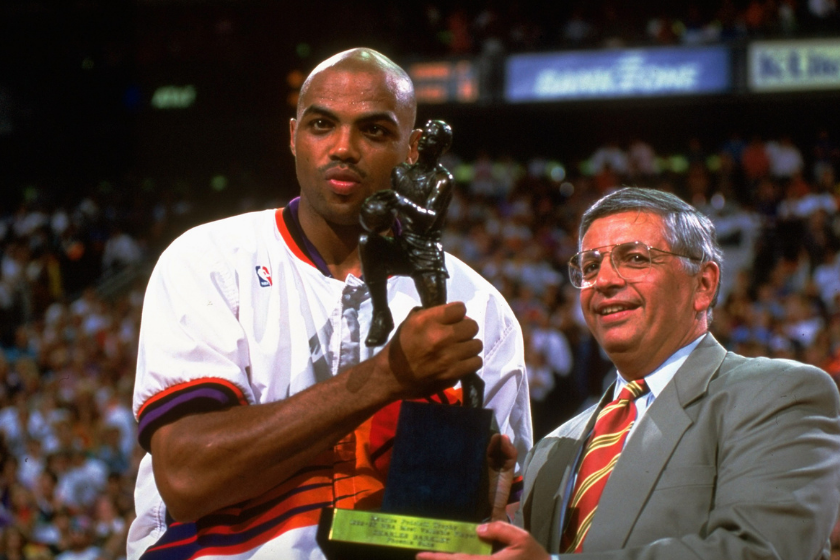 Barkley had some financial setbacks during his career due to fines issued by the NBA. In 1990, he was fined $20,000 for fighting with Detroit Pistons center Bill Laimbeer; both teams earned a then-record $162,000 in penalties from the league.

Perhaps Chuck's most notorious fine came when he spit on a young girl with the intention of hitting a fan allegedly yelling racial slurs. He was suspended for one game without pay in addition to a $10,000 fine.

Barkley's tenure with the Rockets hit a roadblock before it even started. He was fined $5,000 for fighting with New York Knicks forward Charles Oakley during a preseason game in 1996. Don't call him controversial because he's not a role model.

The NBA MVP made waves in 1993 with his "I am not a role model" Nike commercial. The power forward's additional endorsements include T-Mobile and McDonald's.

In 2011, Barkley became the prominent male spokesperson for Weight Watchers' "Lose Like a Man" campaign.

The retired professional basketball player has a successful broadcasting career as a sports analyst and member of TNT's Inside the NBA crew alongside Ernie Johnson, Kenny Smith, and Shaquille O'Neal. He's won three Sports Emmy Awards for "Outstanding Studio Analyst" for his work on the program. His TNT salary is reportedly $6 million per year.

The NBA analyst married Maureen Blumhardt in 1989, and the couple shares a daughter, Christina Barkley. They live in Scottsdale, Arizona.

WHO WON THIS RACE TO THE BOARD??? ? pic.twitter.com/vUDttTFUVr

Charles Barkley's net worth is estimated at $50 million, according to Celebrity Net Worth.

Sir Charles is one of the greatest players in NBA history. His remarkable basketball career earned him a spot in the Naismith Memorial Basketball Hall of Fame twice -- once as an individual in 2006 and again in 2010 as a member of the "Dream Team."

This article was originally published February 20, 2020. It was updated to reflect editorial corrections on the amount of Barkley's fine for the Bill Laimbeer fight, which was $20,000, while the total sum of penalties was $162,000.

MORE: Charles Barkley & His Mysterious Wife Have Been Together For Over 30 Years