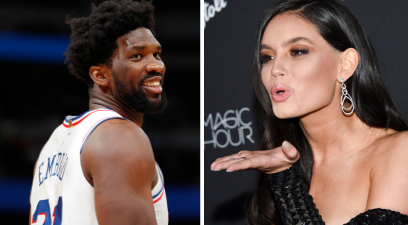 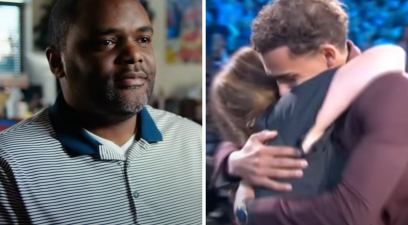 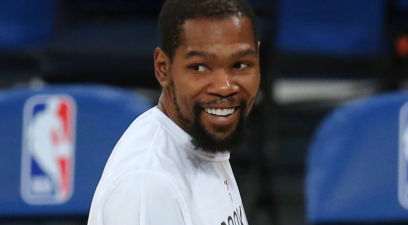 For 15 sensational seasons, Michael Jordan defined the game of basketball. He was truly larger than life, the greatest NBA player of his generation, and the gold standard for today’s game.

There is absolutely no doubt the sport wouldn’t be what it is without “His Airness,” and there will never be another player like him ever again.

After being selected No. 3 overall in the 1984 NBA Draft, the 6-foot-6 guard from North Carolina took the league by storm with an unmatched competitiveness and unstoppable playoff performances.

Jordan won six NBA championships in eight seasons with the Chicago Bulls, took home five NBA MVP awards and made 14 NBA All-Star game appearances. He was simply unbelievable each time he laced up his Air Jordan’s.

Everyone has a favorite MJ moment, and it’s impossible to name them all. There are just too many to count, especially during the regular season.

Jordan, who is now the principal owner and chairman of the Charlotte Hornets, made the impossible look easy, such as dropping 55 points against the New York Knicks in 1995 after returning from his first retirement or pouring in a career-high 69 points and grabbing 18 rebounds against the Cleveland Cavaliers in 1990.

What solidified Jordan’s greatness, however, is how he elevated his game during the NBA playoffs.

In 179 postseason games, Jordan averaged a ridiculous 33.4 points on nearly 49 percent shooting, 6.4 rebounds, 5.7 assists and 2.1 steals per game. He was the king of clutch moments and provided hoops fans with some of all-time greatest performances in NBA history.

So as tough as it is to choose, here is a look at the 10 greatest playoff games of Michael Jordan’s career:

Let’s start this list off with a bang. Although this performance could potentially be bumped in favor of other signature moments against the Knicks, Cavaliers, or Detroit Pistons, it was the first of only two playoff triple-doubles in Jordan’s postseason career.

Ironically, both were against the Knicks at Madison Square Garden. The bright lights at basketball’s Mecca brought the best out of MJ and a 30-point triple-double to help the sixth-seeded Bulls steal a 120-109 overtime win should never be counted out here.

Coming off back-to-back NBA titles, the top-seeded Chicago Bulls were looking to show the rest of the NBA they still meant business. That was not good news for the Miami Heat.

Despite leading 33-19 and holding Michael Jordan to just two points in the first quarter, “His Airness” exploded in the final three quarters, ending with 56 points to complete the sweep. Bulls All-Star running mate Scottie Pippen was electric with 31 points of his own.

But seriously, Jordan had 54 points in three quarters, in a playoff game, on the road. That’s insane.

The New York Knicks were arguably the best defensive team in the league. Shooting guard John Starks was a solid perimeter defender. None of that mattered on May 31, 1993.

The Knicks had won the first two games of the playoff series, and the Bulls somehow managed to win Game 3 by 20 points despite Jordan’s dismal 3-for-18 shooting performance.

But when the ball tipped at the United Center for Game 4, it was game over. Jordan took over in the fashion only he could pull off, and the Knicks never won another game in the series.

The Portland Trail Blazers, led by Hall of Famer Clyde Drexler, arrived at the United Center with plenty of confidence against the defending champions. Then, Finals MVP Michael Jordan showed the entire franchise what confidence looks like.

Although MJ was never really known for his 3-point shooting, he poured in six three’s in this one and dropped an absurd 35 points in the first half of the 122-89 blowout victory.

The most famous moment, of course, is when Jordan ran down the court shrugging his shoulders after burying another 3-pointer. Prime Jordan was so amazing.

Of course, “The Shrug” has experienced a resurgence in popularity since ESPN’s The Last Dance premiered in 2020. SNL has a skit about it, which is surprisingly spot-on.

Playing in his first NBA Finals, after finally getting past the Detroit Pistons, Jordan quickly learned how tough it is to win on the big stage against a traditional NBA power like the Los Angeles Lakers and superstar Magic Johnson.

His 36 points in Game 1 weren’t enough to get the job done. But three days later, Jordan returned with a special kind of vengeance, scoring 33 points, and leading the Bulls to a 107-86 victory.

One of Jordan’s most iconic career moves took place in this game, when he switched hands in mid-air for a layup up that gave us NBC announcer Marv Albert’s famous call, but very few people remember that was in the middle of a stretch where Jordan connected on 13-straight field goals.

A year after scoring 50 and 55 points in back-to-back playoff games against the Cavs, Jordan returned to the Coliseum at Richfield to deliver one of the more clutch moments of his career.

Trailing by one point in the final seconds, Jordan took the inbounds pass, went to his left, and double-pumped a buzzer-beater over Craig Ehlo to win the game and the deciding game in the series.

For as impressive as “The Shot” will forever be, it also capped off an incredible 44-point effort on the road.

4. The Showdown With Sir Charles

With the road team winning each of the first three games of the series, it was only a matter of time before a team took care of business on their home floor. Michael Jordan decided to make that happen in Game 4 at the United Center.

Despite NBA MVP Charles Barkley registering a triple-double of 32 points, 12 rebounds, and 10 assists for the Phoenix Suns, Jordan scored the nets for 55 points and helping the Bulls take a 3-1 series lead on their way to their first three peat.

If there is one game that proves nothing could stop Michael Jordan, it would certainly be this one.

Playing with the flu, and pretty much looking miserable the entire time, Jordan mustered up the energy for a virtuoso 38-point performance, which was capped off with the game-winning 3-pointer in the final minute for the 90-88 win.

Watching Scottie Pippen help him to the sidelines is one of the most iconic moments in NBA history.

By this point, everyone in the NBA knew this young shooting guard from Wilmington, North Carolina was a certified bucket getter. But could it be done against the Boston Celtics? In the playoffs? At the Boston Garden? You better believe it.

Jordan lit up the always-stingy Celtics defense for a playoff career-high 63 points. Although it came in an 135-131 double overtime loss and series sweep, this performance had the entire league in awe and prompted Hall of Fame forward Larry Bird to say, “It’s just God disguised as Michael Jordan.”

To say Jordan saved his best playoff game for last would be the ultimate understatement. It was far from his greatest shooting night of his postseason career, but the final three possessions against the Utah Jazz is everything that made MJ so special.

The layup over Bryon Russell, the steal of Karl Malone, the free-throw line shot over Russell again, and the pose to give the Bulls an 87-86 win and sixth NBA championship is as legendary as it gets.

The lethal combination of John Stockton and Malone never won the coveted title because of Jordan and the Bulls.

Jordan retired for the second time after this shot and finished his career with the Washington Wizards, but this was the definitely the most famous moment for arguably the greatest player of all time in a Chicago Bulls uniform.