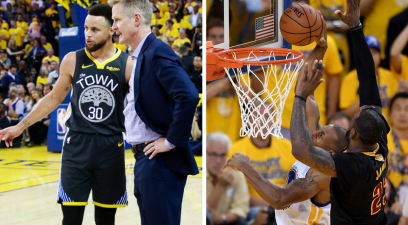 Michael Jordan is the greatest basketball player to ever step on an NBA floor. It?s one thing to compare His Airness to LeBron James, or even other great NBA players of the past, but no one impacted the game of basketball like No. 23.

Hailing from Wilmington, North Carolina, MJ played 15 seasons in the NBA, led the Chicago Bulls to two stints as three-peat NBA Champions, was named NBA Finals MVP in each of those title runs, and won basically every award imaginable along the way.

Despite all of that, and even after he hung up his jersey for the final time, how much money has Air Jordan racked up over the years?

From the time he entered the National Basketball Association as the No. 3 overall pick in the 1984 NBA Draft, Jordan dominated every single night. I mean, his list of career achievements on a basketball court would be hard to accumulate if you were playing a video game.

? ACC Rookie if the Year

? NBA Rookie of the Year

Oh, yeah. You can tack two Olympic gold medals with the United States National Team on that list, too.

Through all of that time, and even after Jordan retired (for the third time) following the 2003 NBA season, MJ?s wealth has grown exponentially as business man and a NBA owner.

According to Colossus Blog and a Forbes piece from 2017, Jordan is the highest-paid

athlete of all time, and here is how he built his fortune:

Compared to other players during his time, Michael Jordan was only the highest-paid player in the NBA for two of his 15 professional seasons. During his rookie year in 1984-85, Jordan took home an NBA salary of $550,000. In his final season with the Bulls, that number rose to $33.14 million.

MJ was also the first player in NBA history to make more than $30 million in one season, with next-generation superstars Kobe Bryant and LeBron James being the next.

Even during his ?lost years? with the Wizards, the superstar made an additional $2.03 million in those final two seasons. All told, Jordan?s NBA career earnings on the court totaled $93.7 million.

However, a whopping salary wasn?t the only thing His Airness was bringing home.

Kids from New York City to Los Angeles and London to Tokyo wanted to “Be Like Mike.” Everyone wanted and still wants a pair of Air Jordans because it’s gotta be the shoes, right?

The biggest Jordan sponsor, not surprisingly, is Nike. Coming out of college, the company signed the young scorer from UNC to a five-year, $2.5 million deal, which included royalties and stock options that brought his total compensation to $7 million over that stretch, but that didn?t last long.

As of 2015, he reportedly makes $100 million solely from Nike royalties.

Nike?s Jordan Brand collaboration created the basketball shoe market as we know it today, evidenced by the $3.6 billion in revenue each year, according to Business Insider.

Other endorsement deals with Hanes, Gatorade, Upper Deck, McDonald?s, Coca-Cola, Wheaties, Chevrolet and more than a dozen others have come and gone over the years, which certainly hasn?t created any shortage of cash for the NBA?s G.O.A.T.

Jordan has taken even more of an active role in other areas of business. You can find an Altima at the Michael Jordan Nissan dealership in Durham, North Carolina. He joined DraftKings as a special advisor to the board of directors in September 2020.

Jordan’s houses are naturally not too shabby. He owns places in Jupiter, Florida; Park City Utah; Charlotte, North Carolina, and Highland Park, Illinois ? although, MJ and his wife Yvette Prieto have been looking to sell his closest home to the Windy City for years.

And of course, who could forget when MJ saved Bugs Bunny and the Looney Toons in the iconic 1996 film Space Jam?

It was no secret that Jordan loved to gamble on everything from craps tables at Las Vegas? premier casinos to betting on the golf course.

In a book co-authored by Richard Esquinas and Dave Distel, it was revealed that Jordan regularly bet upwards of $100,000 on a single hole. In one outing, Jordan?s debt rose to around $1.2 million, which he whittled down to only a $300,000 loss on the day.

The book is titled Michael & Me: Our Gambling Addiction? My Cry for Help.

Hands of poker against teammates and wagers on whose bag appeared first after getting off a plane were commonplace, according to Last Word on Pro Basketball.

Some conspiracy theorists believe his brief and abrupt retirement from pro basketball was due to massive gambling debts he incurred, too. The theory goes that Jordan may have bet on NBA games, which forced commissioner David Stern to ask him to ?retire? and pursue a minor league baseball career rather than suspend the league?s most famous player ever during the investigation.

These are just rumors, but Jordan is still a recreational gambler and loves throwing some chips down when he can today.

Jordan bought a minority stake in the Charlotte Hornets (formerly the Bobcats) franchise in 2006.

In 2010, his share turned into a majority stake when he paid $175 million to take control of the team. Since then, and thanks to talent over the years like Kemba Walker, Nicolas Batum, Malik Monk, Miles Bridges, Gordon Hayward, Terry Rozier and LaMelo Ball, the Hornets have climbed in value to around $1.5 billion as of the 2020-21 season. Comparatively, they?re the 25th-most valuable NBA franchise.

Not bad for a team that hasn?t won a playoff series under Jordan?s leadership, but the tide may be turning for Charlotte as they have looked better and better every season thanks to inspired trades and a solid draft strategy. The Charlotte Hornets should become a household name again and this time it’ll be for their play and not their iconic 90’s merchandise.

The price for a Michael Jordan jersey keeps climbing 💰 pic.twitter.com/leK4oeIvu0

When you tally up NBA contracts, endorsements, and owning an NBA team, (then take into account the $168 million divorce check he wrote to his now ex-wife, Juanita Vanoy) you still have a huge bottom line to consider.

Michael Jordan has six NBA championships to go along with a net worth of $1.6 billion, according to Forbes, which ranks him 1,931st among the world?s billionaires in 2020. He is by far the richest NBA player in history.

This post was originally published on January 11, 2019 before updating.