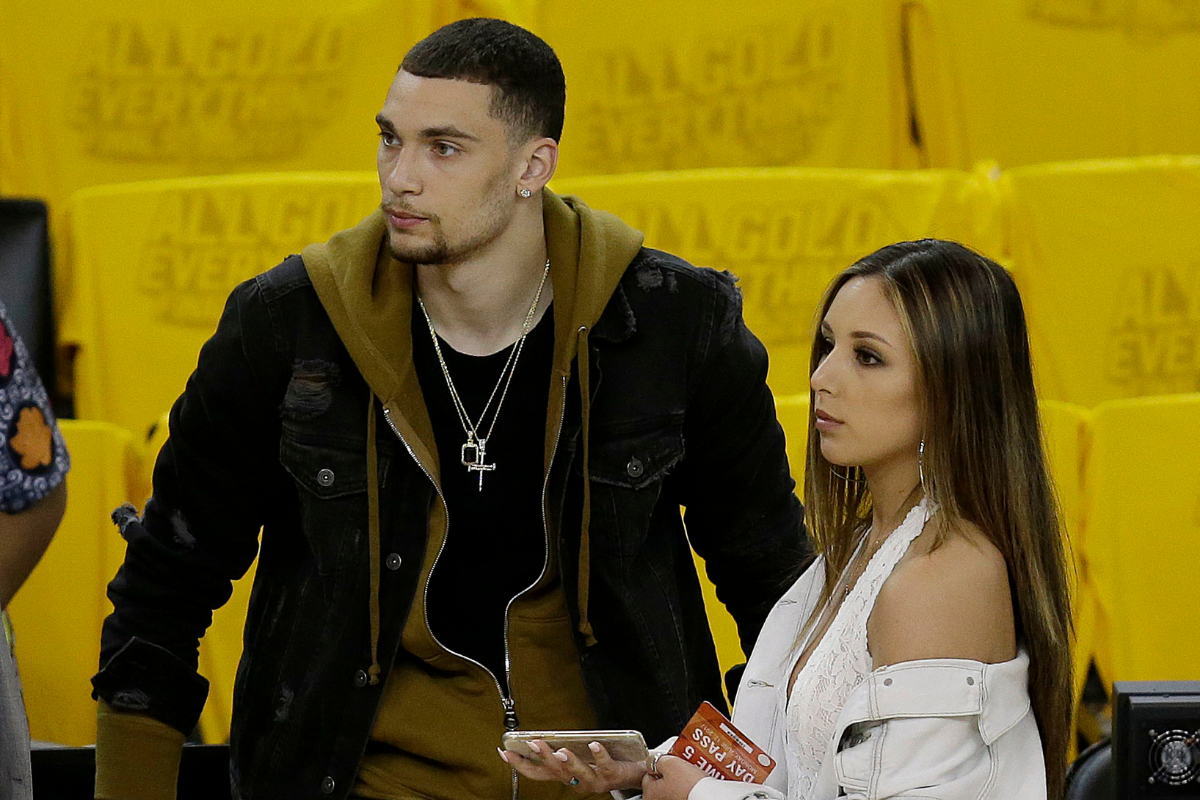 Zach LaVine and LeBron James have something in common.

They are both Slam Dunk Contest legends; LaVine for winning two and LeBron for standing on the sidelines every year.

More than that, LaVine and LeBron have stayed with their high school sweethearts.

The Chicago Bulls guard is tying the knot with his in due time.

RELATED: Devin Booker?s Career (And His Dating Life) Continues to Heat Up

She followed him to Minneapolis when he was a first-round selection (No. 13 overall) by the Minnesota Timberwolves in the 2014 NBA Draft.

The couple moved to Chicago when LaVine was traded to the Bulls in a deal that included sending Kris Dunn, Lauri Markkanen, and LaVine to the Windy City for Jimmy Butler and Justin Patton.

As a Bull, LaVine has become the team’s top offensive option.

In April 2020, in the early days of the coronavirus pandemic and COVID-19 outbreak, the NBA player decided he was ready for the next step in his romantic life.

The American professional basketball player set up a photoshoot as a ruse for his proposal. He got down on one knee and popped the question with a modest diamond ring. They shared the news on social media.

“My everything?? I love you with all of me. It?s been a long time coming, been together since I was 17 !!! My first love and my FOREVER love. U with me forever ??”

Their dog, Grizzly, kept watch magnificently. He’ll have to get his parents a special Valentine’s Day present next year.

Zach LaVine was born on March 10, 1995 in Renton, Washington to CJ and Paul LaVine. CJ was a softball player and Paul played professional football in the USFL and NFL.

In his senior year at Bothell, the shooting guard averaged 28.5 points, 3.4 rebounds, and 2.5 assists per game. A four-star recruit, he had interest from Arizona, Cal, Gonzaga, Oregon State, Washington, and Washington State before choosing UCLA.

The Bulls star earned his most lucrative payday as a restricted free agent when the Sacramento Kings offered him a four-year, $80 million deal during the 2018 offseason. The Bulls matched the offer and he remained in Chicago.

The shooting guard has become a high-volume scorer with the Bulls.

Whether in North Carolina to face the Charlotte Hornets, in Massachusetts to face the Boston Celtics, in New York City to face the Knicks, or in the nation’s capital to square off against the Washington Wizards, LaVine is geared for primetime on ESPN.

MORE: Jayson Tatum is a Young Father Playing for His Family