The NBA Slam Dunk Contest is the high-flying staple of NBA All-Star Weekend. Saturday night becomes a stage for the best dunkers in the game to showcase their slamming ability with some added panache. Mascots, cars, birthday candles and Superman impressions -- everything is in play.

The dunking crown isn't something that's worn lightly. In your championship reign, every time someone tells you to dunk you have to do it. Full uniform and all. Those are the rules. It's best advised to pull a Clark Kent and keep the uniform under your clothes.

The competition first took place as we know it today in Denver, Colorado in 1984. Since then, we've had quite a few terrific performances. Here are the best of all time, plus the list of winners. 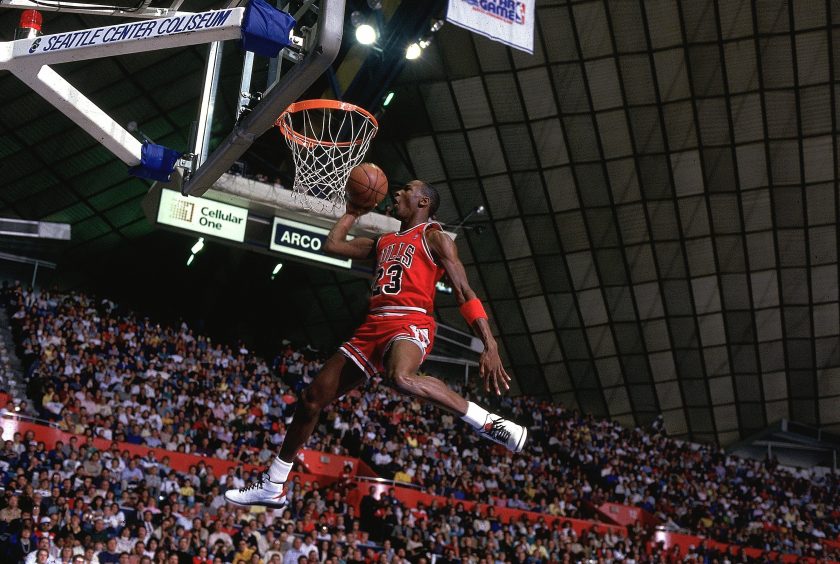 Several legends have held the dunking belt in their career (there's still time, LeBron). Here are all the winners and the contest's location:

Turn your phones to airplane mode. Jones throws down with authority.

I'm not sure what more Aaron Gordon has to do to win this thing.

The guy jumped over a car.

Much better than his performance against Jake Paul.

Wilkins bested Julius Erving for this one. He's called the Human Highlight Film for a reason.

LaVine sprung onto the scene and wiped the floor with his competition. He makes it look effortless.

The Timberwolves guard contentiously defended the title in 2016. Aaron Gordon had some of the greatest dunks in the contest's history that year.

Standing 5-foot-7, Webb can do more than simply dunk. He put on a spectacle in front of his hometown of Dallas.

From the free-throw line.

Was there ever a doubt about who would claim the top spot?