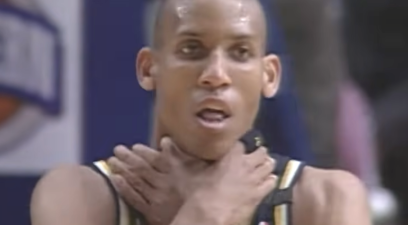 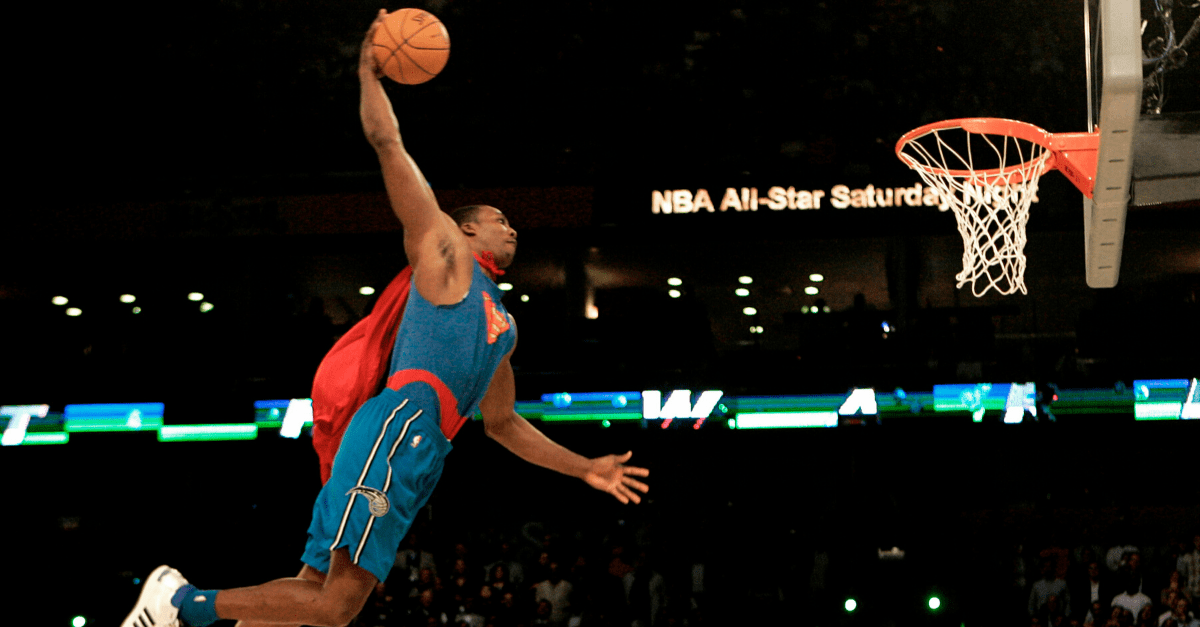 The NBA Slam Dunk Contest is the highlight of All-Star Weekend. The game’s highest flyers congregate for a display of athleticism and showmanship that makes the entertaining event a centerpiece of the NBA season.

The 2008 Contest was a lot of fun. The participants were Rudy Gay of the Memphis Grizzlies, Jamario Moon of the Toronto Raptors, and Gerald Green of the Minnesota Timberwolves. However, it was Orlando Magic center Dwight Howard who stole the show.

That night in New Orleans, the now Los Angeles Lakers center Dwight Howard showed why he’s a danger to rims everywhere. His combination of athleticism and size gave birth to a new Superman and a Dunk Contest performance forever cemented in NBA fans’ minds.

Here is a breakdown of every Dwight Howard dunk back in 2008:

Howard made his mark on the contest from the get-go. The arena was in bewilderment when he set up shop behind the backboard. The fourth-year NBA player calculated his dunk, then bounced the ball off the backboard and attempted a windmill. The ball clanked off the back of the rim.

On his second attempt, Howard finished the dunk cleanly and with authority, ducking to avoid hitting his head. The crowd exploded with the “Ooohhhhs” that have become a staple of the contest, and Lakers star Kobe Bryant smiled in amazement. Judges Karl Malone, Magic Johnson, Julius Erving, Dominque Wilkins, and Darryl Dawkins awarded Howard with a 50; a perfect score.

On his second dunk, Howard made it seem like he had rockets for legs. He used a white piece of tape to mark his launching point a few feet in front of the free-throw line. He then enlisted the help of Magic teammate Jameer Nelson, who dawned the Superman cape upon him. Howard removed his Magic jersey to reveal a cutoff with the Man of Steel logo. You could say the crowd was a little hyped.

Nelson tossed the ball over the backboard, and Superman took flight and threw it down, literally. The crowd went wild and the judges gave Howard another 50. The Superman theme song rang through the arena as Howard soared across the court in celebration.

The Orlando superstar continued to wow with his third dunk. He tossed the ball from just in front half-court, caught it near the restricted area, gave it a nice kiss off the glass, and flushed it down. The dunk looked effortless and required a second look to process what happened.

Howard also put his passing abilities on display by recording not one, but two assists on the dunk. Don’t count out Dwight Howard the point guard.

Howard’s final dunk was met with some creativity. He set up a miniature Orlando Magic hoop on the bottom right corner of the backboard to hold the ball. His plan: take the ball from the mini-hoop, dunk, be a Slam Dunk Contest champion. Simple.

Howard completed the first two steps but was unable to finish the dunk on his first attempt. The second attempt went according to plan. He cleanly finished the dunk to complete an electric show.

The fans had the final say on who would be named the winner. It was no contest. Howard walked away with 78 percent of the fan vote and was crowned Slam Dunk champion.

Howard’s display at the 2008 Dunk Contest is one for the books. The former Hawks player’s performance ranks among the best along with Zach Lavine in 2016. He captured what the dunk contest is all about: fun, entertainment, and friendly competition.

One week away and @DwightHoward is already in Dunk Contest mode 💥💥💥

Lakers center Dwight Howard looks to claim another Slam Dunk Contest belt this year prior to the All-Star Game. He’s now the old bull of the group. He’s joined by younger guys such as Derrick Jones Jr. of the Miami Heat, Aaron Gordon of the Orlando Magic, and first-time participant Pat Connaughton of the Milwaukee Bucks. He joins teammates LeBron James and Anthony Davis as participants in NBA All-Star Weekend.

We’ll look to the skies to see Superman take flight in Chicago.

MORE: Luka Doncic?s Mom is The Real MVP of His Basketball Journey