Magic Johnson’s Net Worth: How Rich is the NBA Icon Today? 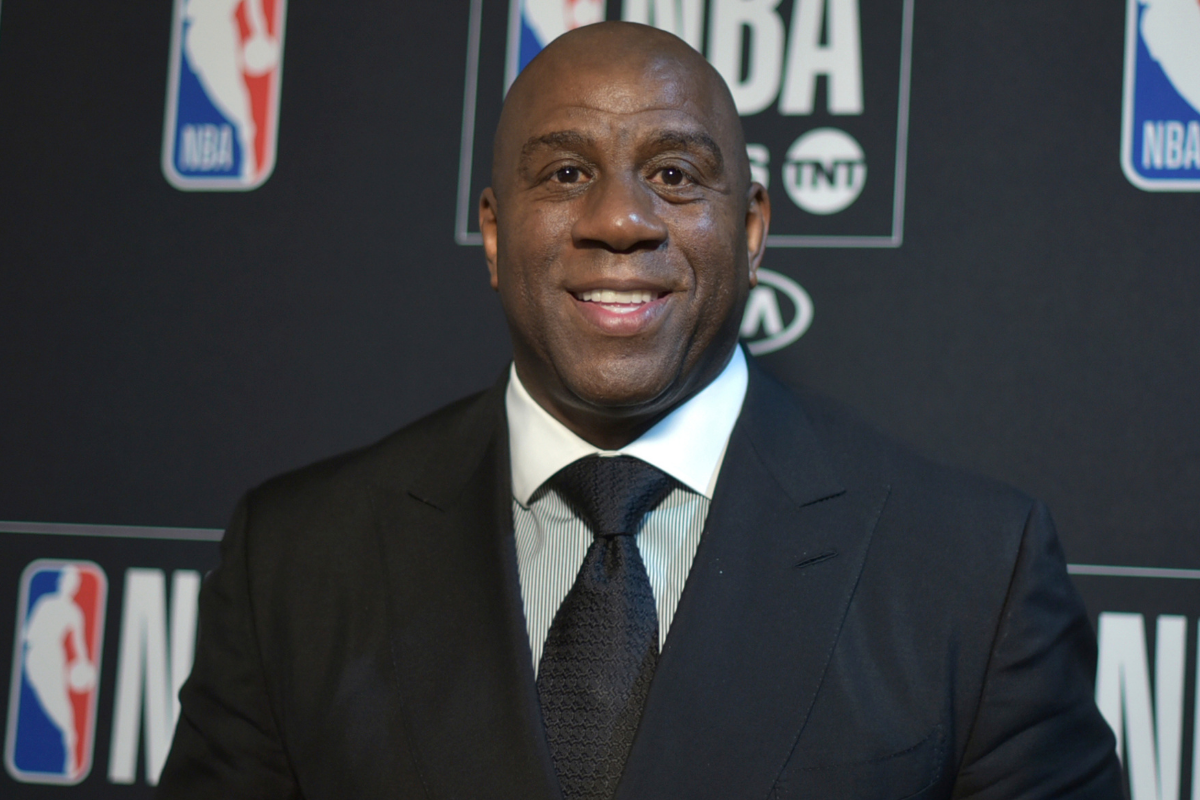 Earvin ?Magic? Johnson Jr. is one of the greatest players in NBA history. Among the pantheon of basketball legends, Johnson deserves credit for reigniting excitement in the NBA alongside career rival Larry Bird. His size and unique skill set redefined the point guard position.

Born as Earvin Johnson Jr. in Lansing, Michigan, the 6-foot-9 basketball player was dedicated to the game from an early age. He earned the nickname ?Magic? as a sophomore at Everett High School after recording a triple-double of 36 points, 18 rebounds, and 16 assists.

The basketball icon then went on to have a well-decorated career ? both in college and the National Basketball Association ? that places him among the sport?s greats.

Magic?s talent extends beyond ESPN highlights and into business. From movie theaters and Starbucks to sports franchises and 24-hour Fitness clubs, Johnson has been involved in several successful business ventures in his post-basketball career.

Just how much is the Magic man worth?

It?s hard to quantify the impact Magic made on both collegiate and pro basketball. Suffice to say the Hall of Famer was as important to the growth of the game as any player in history.

Here is a short list of his accomplishments on the floor:

? No. 33 Retired at Michigan State University

The Lakers legend also won an Olympic gold medal in 1992 as part of the United States? ?Dream Team? ? arguably the greatest basketball team ever assembled. Johnson and Michael Jordan headlined the star-studded group.

Two years removed from his rookie season, Magic signed a 25-year, $25 million contract, the largest in sports history at the time. The contract made the Michigan State University product a Laker for life and set him up for future business endeavors.

In 1992, Lakers? owner Jerry Buss gave Johnson a contract for $14 million per year in return for all the years he wasn?t the highest-paid player in the league. This contract allowed Johnson to coach the team on an interim basis ? at Buss?s request ? for a 16-game stint during the 1993-94 season for no additional compensation. He resigned from coaching at the end of the season with a 5-11 record.

Buss also encouraged Magic?s intrigue in business and taught him the details of Lakers? contracts and how the organization functioned. Buss eventually sold an ownership stake to Johnson in 1994, which he sold in 2010.

The life-long Los Angeles Laker officially ended his NBA playing career after a brief comeback during the 1995-96 season. Johnson?s five NBA titles put him in elite company, as only 25 other NBA players have reached that number.

RELATED: Hakeem Olajuwon?s Net Worth: How ?The Dream? Built a Staggering Fortune

Johnson formed Magic Johnson Enterprises in 1995 when he purchased an equity stake in a movie theater in Baldwin Hills?a suburb of Los Angeles. Since then, the business empire?s portfolio has grown immensely and includes ventures in T.G.I. Fridays, health clubs, movie theaters, real estate, and a promotional marketing company.

The Lakers? star gained notoriety as a businessman in 1998 when he bought over 125 Starbucks locations. The stores thrived by focusing on the urban market. He enjoyed success through Starbucks until he sold his stores back to the company in 2010.

Magic entered the real estate game in 2001 when he formed the Canyon-Johnson Urban Fund in alliance with hedge fund Canyon Capital. The fund?s goal is to develop real estate in urban communities. The collaboration has developments in 13 states and Washington D.C.

Magic Johnson Enterprises is reported to be valued at over $1 billion.

In March 2012, the retired professional basketball player led an ownership group that purchased a majority stake in the Los Angeles Dodgers for $2 billion. The MLB team has enjoyed success under Johnson?s ownership. They?ve won three National League pennants and the NL West division every year since 2013. In 2020, they won the World Series.

The NBA legend purchased the WNBA?s Los Angeles Sparks in 2014. The Sparks won the WNBA championship in 2016. Additionally, Johnson is a part-owner of the Los Angeles Football Club, an expansion Major League Soccer team and second in the LA market. LAFC played its first game in 2018.

Johnson returned to the Lakers in 2017 as president of basketball operations. The highlight of his tenure was signing superstar LeBron James. The former point-guard abruptly resigned from his role in April 2019. The Lakers failed to reach the NBA playoffs during Johnson?s front office tenure.

Johnson is married to Earlitha “Cookie” Johnson. They have a son named Earvin III and a daughter named Elisa, who was adopted in 1995. Magic’s oldest son Andre is from a previous relationship with Melissa Mitchell.

The couple lives in Beverly Hills and has a vacation home in Dana Point, California.

The NBA icon announced his retirement from professional basketball after revealing he was HIV-positive just days before the 1991-92 NBA season. He’s active in HIV/AIDs prevention and education.

According to Celebrity Net Worth, Magic Johnson has a net worth around $600 million.

The basketball star turned businessman doesn?t look to be slowing down anytime soon. He?s open to new ventures and has proved he?s equipped with the business knowledge to be successful.

This post was originally published on January 28, 2020 before updating.