LeBron James is the greatest basketball player on the planet. Debate all you want about whether Michael Jordan is the greatest of all time, but even at 37 years old, King James continues to show the rest of NBA teams why he's still a superstar.

Four NBA Championships, four NBA MVP awards, four NBA Finals MVP awards, 18 NBA All-Star appearances and two Olympic gold medals are only part of why James is still the king of basketball 19 years into his NBA career. The 6-foot-9 power forward has been a threat to other NBA players since the Cleveland Cavaliers selected him No. 1 overall in the 2003 NBA Draft from St. Vincent-St. Mary High School of Akron, Ohio. No one in the United States had ever seen a prospect of his magnitude, and "The Chosen One" has lived up to the hype.

The King currently ranks third all-time on basketball's all-time scoring list ahead of Jordan and Kobe Bryant. He could overtake Kareem Abdul-Jabbar for No. 1 when his career is all said and done. He's accomplished pretty much everything one can in the NBA, and all that's left is playing with his son, LeBron James Jr., in the league one day.

King James has made a boatload of cash over his 19-year career, and he stands to make more on the court than anyone ever has. Michael Jordan may be a billionaire, the highest-paid athlete ever and undoubtedly the GOAT of professional athlete income, but James reached the 10-figure mark faster than MJ. It's not out of the question LeBron has more in his bank account when it's all said and done.

Let's take a look at how LBJ has built his enormous fortune throughout the years. 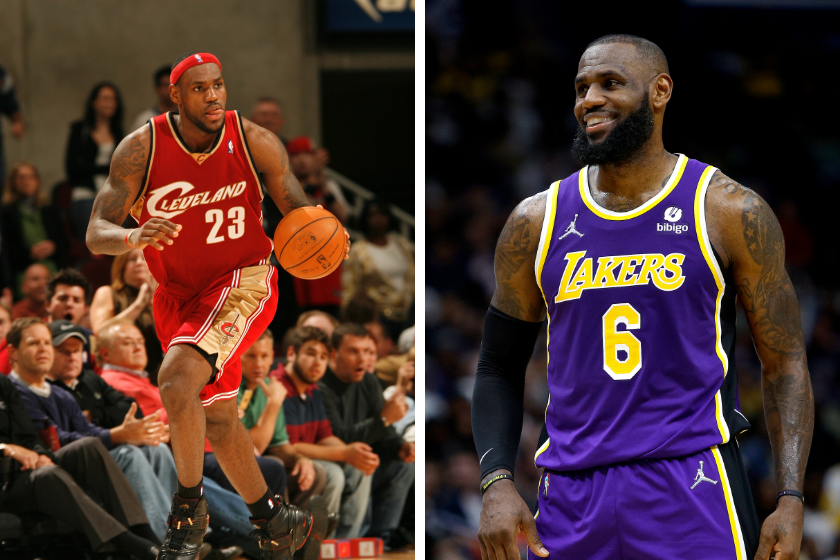 At 19, James won the NBA Rookie of the Year after averaging more than 20 points per game for the Cavs. Ever since his production has been off the charts, and he's been compensated well for his work in re-writing NBA history.

According to Spotrac, the All-Star has made more than $387 million to date in career earnings playing basketball. That figure is spread across 11 seasons with the Cavaliers, four with the Miami Heat (after he joined Dwyane Wade as a free agent), and four with the Los Angeles Lakers. He'll have made close to $500 million in basketball earnings alone when he finally decides to call it quits.

In 2018, James decided to trade in Cleveland for Hollywood and joined the Lakers on a $153-million four-year contract. He could stay in California alongside Anthony Davis for the remainder of his career, as his son plays near Sierra Canyon School in Chatsworth, Los Angeles.

In 2020, the 37-year-old reached his 10th NBA Finals after the Lakers defeated the Denver Nuggets. The NBA superstar led the Lakers to his fourth championship in the NBA Finals, a 4-2 victory over the Miami Heat. He signed a two-year, $85 million contract extension in December 2020.

James has one more year on his deal before entering unrestricted free agency in 2023. He's publicly stated he wants to play at least one NBA season with his oldest son Bronny, who is entering his senior year of high school. So, we can expect James for at least three more seasons, which would absurdly make him 40  and in his 22nd year in the league. That's the absolute earliest we can expect, Bronny, too -- assuming he's a one-and-done college guy. LeBron isn't human though, so it won't be shocking when he inevitbaley laces them up with Bronny on the same basketball team, whenever that may be. 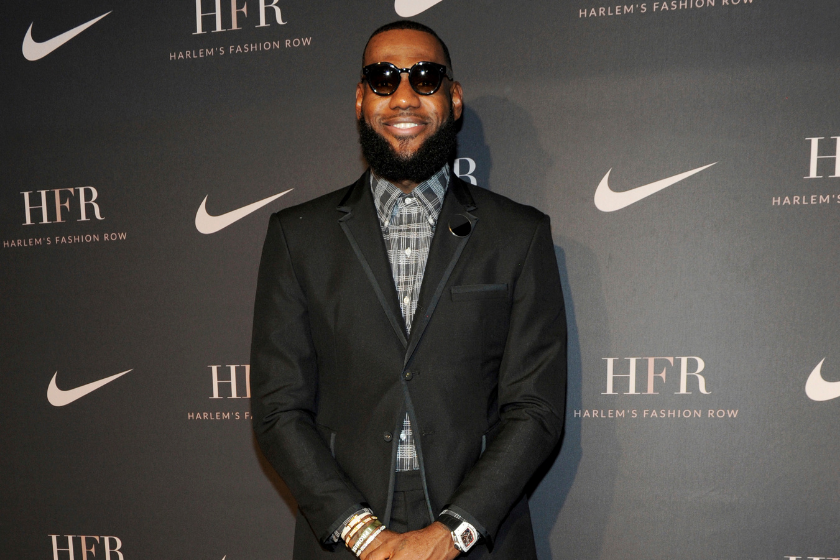 James signed his first significant shoe deal as an 18-year-old in 2003, opting for $87 million from Nike rather than a much more considerable amount Reebok was willing to offer him. That decision has paid off for James, who signed a billion-dollar lifetime deal with Nike in 2015. The lifetime endorsement deal is expected to pay him $1 billion by the time he turns 64.

The Nike deal is just a snippet of James' diversified business portfolio.

LeBron has done sponsorship and endorsement deals with companies like McDonald's, Microsoft, State Farm, Walmart, Beats by Dre Headphones, Coca-Cola, Dunkin Donuts, Baskin Robbins, Samsung, KIA Motors, 2K Sports and others. When Beats Electronics was sold to Apple for $3 billion, James cashed on his one-percent stake in the company and took home $30 million from the sale.

He purchased an ownership stake in English Premier League soccer club Liverpool F.C. after the Fenway Sports Group acquired the team in 2010. He and his partners own numerous Blaze Pizza franchises scattered around Chicago and in Florida.

James also launched a media company, Uninterrupted, that received a $15.8 million investment from Time Warner in 2015. The entrepreneur has also teamed up with Cindy Crawford, Arnold Schwarzenegger and Lindsey Vonn to start a health and wellness company called Ladder.

James has done plenty for local communities and given back a great deal of his wealth. In 2018, the LeBron James Family Foundation opened an elementary school, the I Promise School, aimed at at-risk children. He plans to spend $41 million to send these children to college. 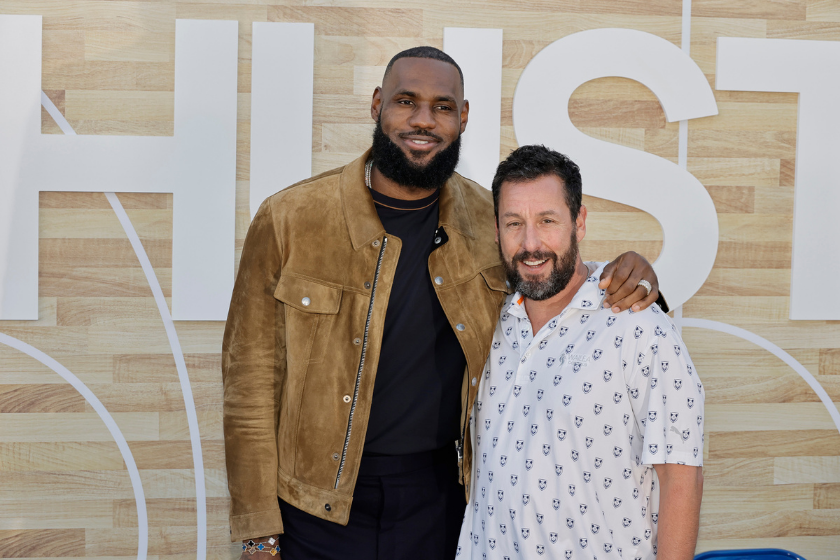 Beyond a pizza chain, the four-time NBA champion and his business partner Maverick Carter formed production company SpringHill Entertainment, which has produced shows like "The Wall", "Space Jam 2" and the Netflix film "Hustle", which stars Adam Sandler. In June 2020, SpringHill Entertainment signed a two-year deal with ABC Studios for scripted series.

RELATED: LeBron James' Wife Fell in Love With Him in High School

LeBron's wife is Savannah James. They met each other in their hometown of Akron, Ohio. Their first date was a basketball game followed by a delicious meal at Outback Steakhouse. They've been strong ever since.

The Jameses didn't tie the knot until 2011, seven years after Savannah gave birth to their first child, LeBron James Jr., in 2004. They welcomed a second son, Bryce Maximus James, in 2007. In 2014, she gave birth to their third child and first daughter, Zhuri Nova. 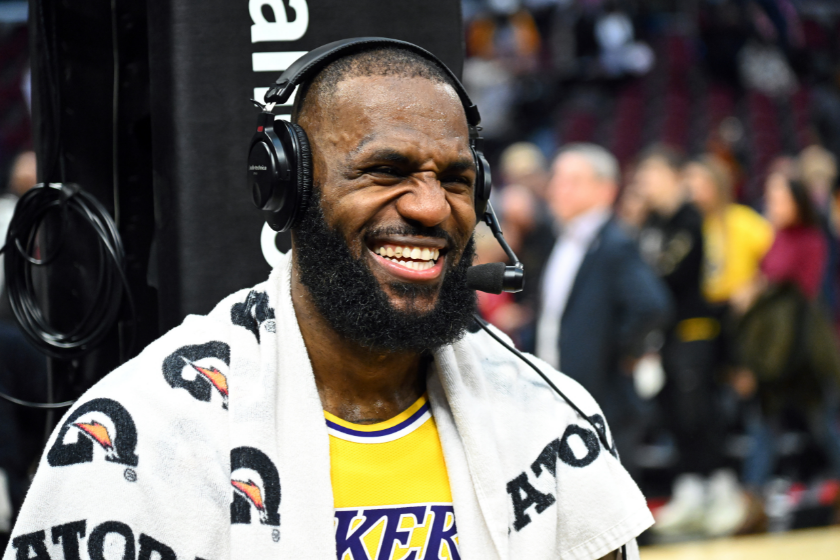 King James is more than a professional basketball player -- he's the king of cash and the colossus of the coin. He's a businessman, father and husband. He's used his money, power, and influence to do right.

According to Forbes, LeBron James became a billionaire in 2022, making him the first active NBA player to surpass the ten figure-mark. LeBron has the speed in which he made his fortune over fellow billionaire hooper Michael Jordan, who didn't hit a billion until he had been retired for 11 years. James is set to make a cool $121.2 million this year, making him the second-highest paid athlete in the world behind only soccer star Lionel Messi.

This article was originally published on January 16, 2020 but has been updated.

MORE: Michael Jordan's Net Worth Makes "His Airness" the Richest Athlete of All Time