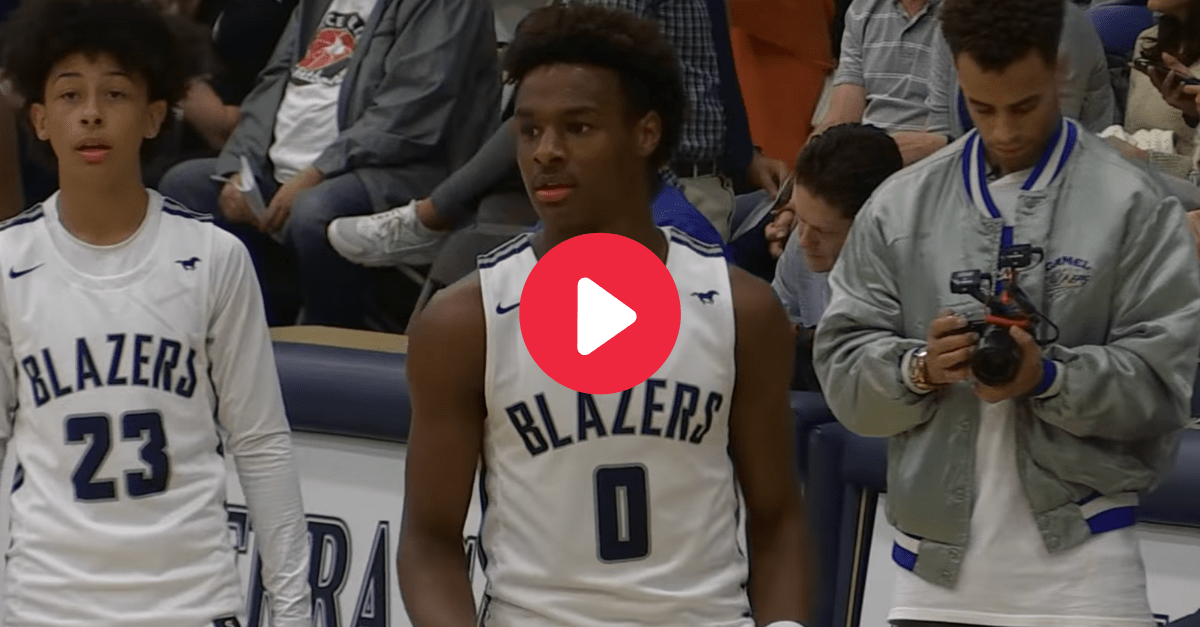 No matter where Sierra Canyon High School plays this season, the crowds, celebrities, media, and cameras will all follow. Everyone wants a glimpse of high school?s current version of The Beatles, and understandably so. The roster is stacked with top-tier talent, and there?s a certain freshman fans are lining up to see.

Welcome to the world of Bronny James. The son of Los Angeles Lakers superstar LeBron James is just a freshman, playing in his first few games, but he?s already making gymnasiums buzz across the country. Tuesday night in Chatsworth, California was no different.

After a handful of road games, including in San Diego and the Thanksgiving Hoopfest in Texas, Sierra Canyon finally had its home opener against Granada Hills Charter and young Bronny got his first-career start.

Needless to say, it didn?t take him long to get the crowd, and social media, going.

In the opening minutes of the game, and the Trailblazers already out to a 6-0 lead, the outlet pass went to BJ Boston ? a five-star Kentucky signee ? with a streaking LeBron James Jr. on the other side of the court.

Boston saw his teammate immediately, took one dribble, and threw the lob. The rest is history.

Bronny James threw down the alley-oop. In his first career start. In the first few minutes. It was special, but the dunking didn?t stop there.

The scene was like a movie, but the game itself was nothing to write home about. Other than Los Angeles Rams running back Todd Gurley in attendance, it was exactly how everyone thought it would play out.

Without Zaire Wade ? the son of former NBA superstar Dwyane Wade ? in uniform, Sierra Canyon cruised to an 87-35 win over Granada Hills.

Terren Frank led the way with 17 points, while Boston had 17 points and five rebounds by halftime.

LeBron James wasn?t able to make it to the game. The King and Anthony Davis were helping the Lakers get a road win against the Denver Nuggets. However, his son Bronny put on a show.

It was far from his first dunk, but it?s the one people are talking about right now as he continues to grow in playing for one of the best basketball teams in the country.