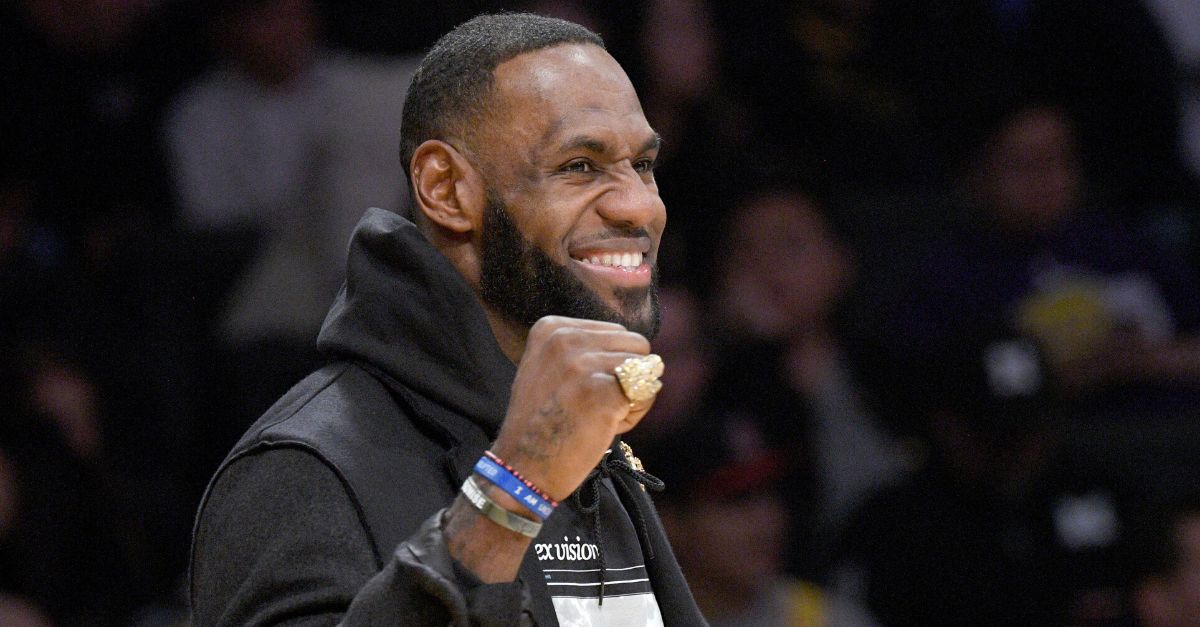 Los Angeles Lakers superstar LeBron James never went to college, but his favorite college football team is no secret. He loves the Ohio State Buckeyes and is very vocal about it on social media. What he did before the College Football Playoff proved his allegiance again.

Before the Buckeyes face the Clemson Tigers at the Fiesta Bowl in the CFP semifinals, King James, an Akron, Ohio native, used some of his massive earnings to send a special gift to the entire Ohio State football team in Columbus.

Everyone on OSU head coach Ryan Day?s squad received new Beats by Dre headphones before the big game. Naturally, video of the gifts has spread across the Internet.

Thank you @KingJames for the holiday gift of @beatsbydre, but more importantly, the motivational words that came with it ‼️ We always appreciate your support!#GoBucks #ToughLove pic.twitter.com/M3tD1lAFoO

RELATED: The Highest-Paid Athletes of the Decade Totaled $6.1 Billion

Of course, many people think the gift of new headphones is an NCAA violation, but let?s think about this for a second. Neither party would agree to it if was illegal. The NBA star knows better and definitely wouldn?t put his favorite team and football players in hot water with a bowl game gift.

After all, NFL star Odell Beckham Jr. gifted the LSU Tigers a special pair of Nike sneakers on Christmas Day ahead of their semifinal game against the Oklahoma Sooners, too.

Ohio State players did get a special motivational message with them, however.

?YOU GUYS ARE HERE FOR A REASON SO JUST ENJOY THE MOMENT AND MAKE THE MOST OF IT! DON?T SETTLE FOR NOTHING LESS THAN GREATNESS.

The pair of headphones won?t change the result of the semifinal, and whether or not OSU plays in the national championship game. It?s definitely a cool gift, though, and provides even more hype leading up to Saturday night?s showdown with Dabo Swinney and the defending champions.