Clemson’s Travis Etienne Repeats as ACC Player of the Year 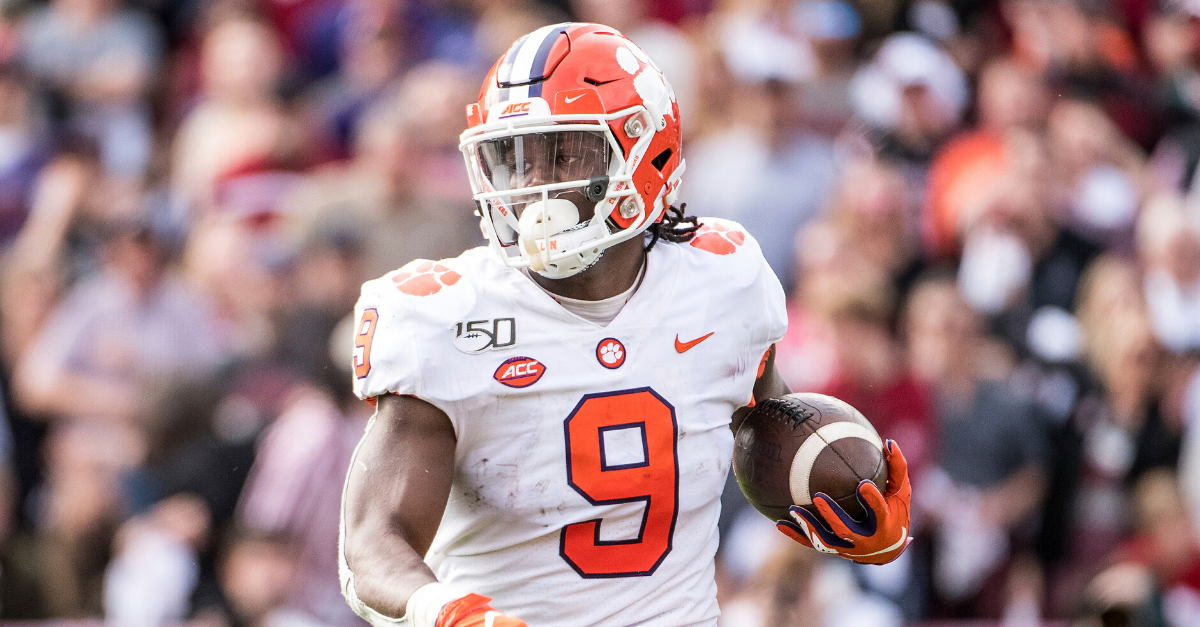 But throughout the year, no one really talked about the defending national champions in Clemson, South Carolina. Dabo Swinney’s team started slow, sure, but the Tigers hadn’t lost a football game since January 1, 2018. With 27-straight wins heading into the program’s fifth-straight ACC Championship Game, it’s time to acknowledge how dominant the Clemson Tigers have become.

Let’s start on defense. Led by First-Team All-ACC linebacker Isaiah Simmons ? likely a top-10 pick of the 2020 NFL Draft ? Clemson ranks No. 1 nationally in scoring defense (10.1 points per game). The Tigers are No. 1 in pass defense, allowing a mind-bogglingly low 126.5 yards per game. The team is second in total defense, seventh in turnover margin, and first in first downs allowed.

Now, how about the offense? Averaging 541.8 yards of total offense per game (3rd) with a two-pronged attacking running and throwing the football, the Tigers score 45.3 points per game (4th). Clemson scored at least 50 points six times during the regular season ? only LSU and Ohio State matched that number ? and beat 10 of its opponents by at least 21 points.

ACC Player of the Year

The ACC Offensive Player of the Year ranks No. 1 nationally averaging 8.25 yards per carry, ninth with 18 total touchdowns and 10th with 1,386 rushing yards. In Clemson’s final game against South Carolina, the 210-pound running back became the ACC’s all-time leader in career touchdowns (57) and rushing touchdowns (53).

In addition, safety-turned-linebacker Isaiah Simmons was nearly unanimous as ACC Defensive Player of the Year, earning 42 votes while no other player had more than four.

Isaiah Simmons is the #ACCFootball Defensive Player of the Year!

He owns a team-high 83 tackles and ranks sixth among ACC defenders with 14 tackles for loss.

Not surprisingly, Clemson’s dynamic duo were two of 16 Tigers named to an All-ACC team, which doubles any other program.

The conference awarded North Carolina quarterback Sam Howell ACC Rookie of the Year for his record-setting first season. Miami’s Gregory Rousseau earned ACC Defensive Rookie of the Year after racking up 14 sacks, which trails only Ohio State’s Chase Young for the national lead.