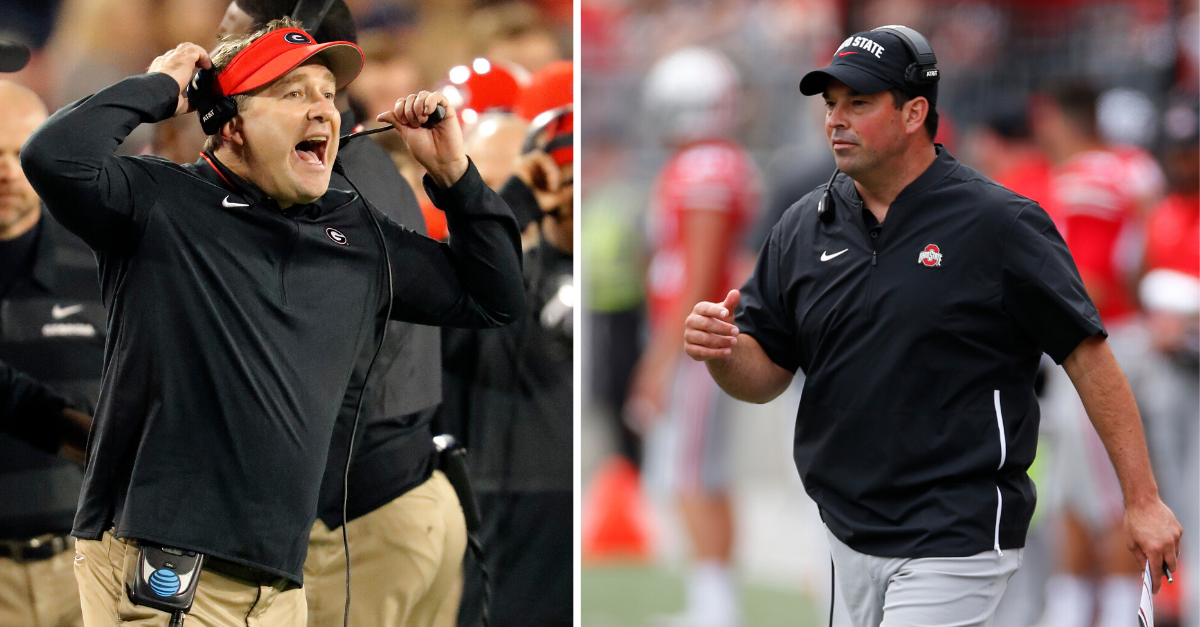 As long as the College Football Playoff remains at four teams, Power 5 programs are going to frantically try to stack their schedule with marquee non-conference matchups. Elite schools are looking to play each other more now than ever, and two of the biggest names have officially agreed to play each other.

The Georgia Bulldogs and Ohio State Buckeyes ? two teams heavily in the CFP mix each year ? announced a home-and-home series.

The first game will be at Sanford Stadium in Athens, Georgia in 2030, then the Bulldogs will travel to Ohio Stadium in Columbus, Ohio in 2031.

RELATED: After 60 Years, Florida State and Georgia Will Play a Big-Time Football Series

There?s nothing better than big games on the national stage, and this home-and-home football series does so much for the student-athletes and fans. It?s seriously great to see.

?Our fans have asked for SEC opponents, and we want to create these impactful contests,? Ohio State Deputy Director of Athletics Diana Sabau told The Columbus Dispatch.

According to The Dispatch, it?s been over 30 years since OSU has played an SEC team in the regular season, when they played the LSU Tigers in the late 1980s.

Strangely enough, OSU and UGA have only played once before, when the Bulldogs took down the Buckeyes at the 1993 Florida Citrus Bowl in Orlando.

In addition to the great players on the field, this high-level matchup will assuredly bring even more national attention to each program. There?s also a good chance it could shake up the playoff rankings if the format remains the same.

So get ready. In a decade, we will finally see Georgia football and Ohio State football on the gridiron once again.