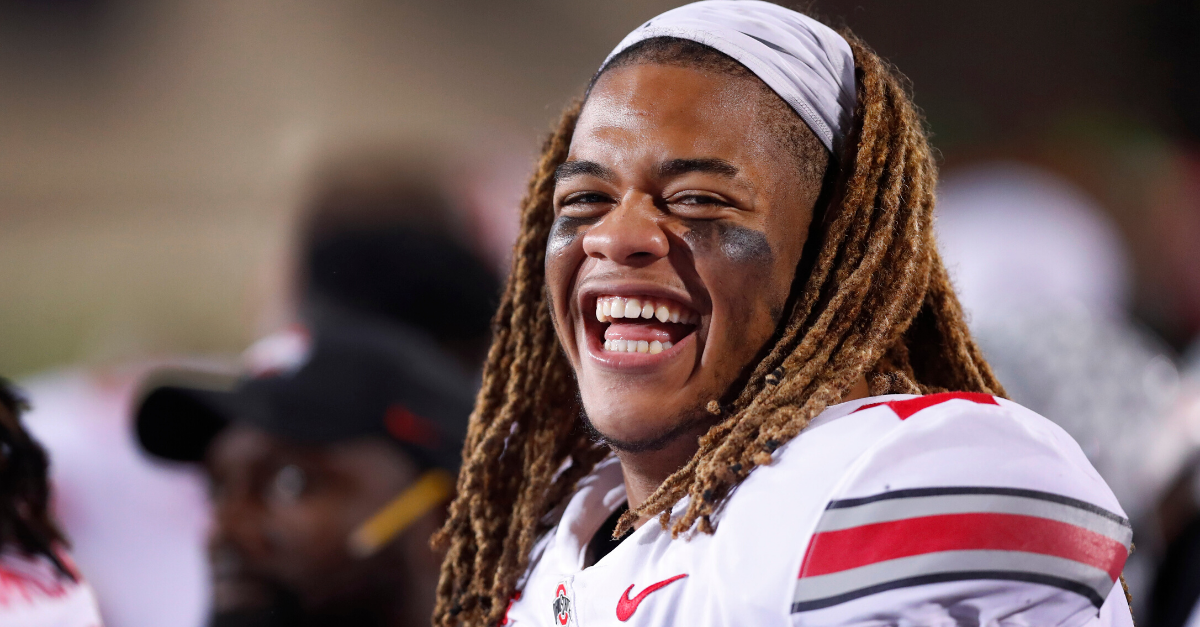 Do yourself a favor and listen to a few NFL play calls. They are, in a word, absurd. From the formation to offensive line protections to routes run by every wide receiver, tight end and running back, things get messy in a hurry. Sometimes, having a catchy word or phrase to signify a special play makes things run a lot smoother it’s time to make the call.

You know, a play titled something easy like “Bama.”

Ohio State Buckeyes head coach Ryan Day revealed that part of his team’s preparation for their game against Wisconsin added extra focus to all three phases, including potential missed field goals. Any time a team attempts a long field goal that could fall short, the opposing team can catch and return the missed kick.

In Ohio State’s case, the verbiage for that opportunity to return a missed field goal is called “Bama.”

Day said OSU does have a play in which they try to return a missed long field goal. It's called "Bama." (Auburn beat Alabama with the famous "Kick Six" several years ago.)

In case your memory is cloudy (or you’re an Alabama fan who’s blocked the moment from your mind forever), the special play call is an ode to 2013 Iron Bowl matchup, when Auburn’s Chris Davis caught a missed 57-yard field goal by Alabama and returned it 109 yards for a touchdown with no time left to win the game.

As college football fans celebrate the 150th season of action, this (honestly) hilarious ode to one of the game’s greatest finishes ever takes the cake. You better believe when the Big Ten and College Football Playoff contender trots out onto the field and this play call gets brought up, thousands of Auburn fans will love reliving Chris Davis’ iconic return along with the Buckeye faithful.

Meanwhile, Alabama Crimson Tide fans will be busy buying, and burning, as much “Kick-Six” memorabilia as they can.