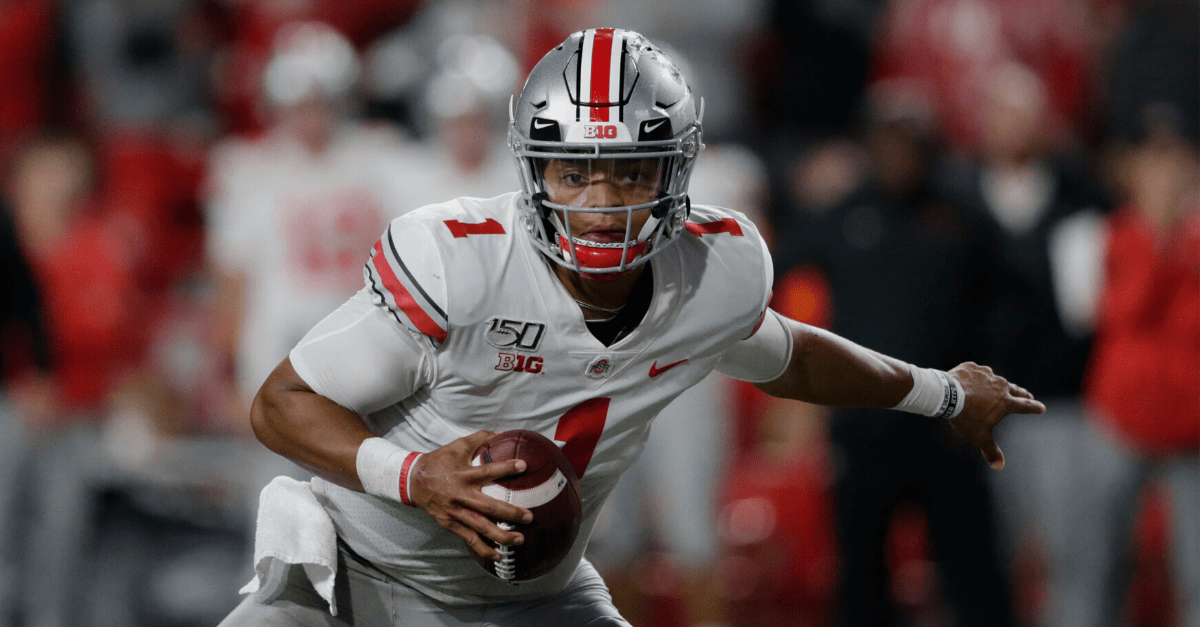 The Big Ten Conference holds a reputation as a smash-mouth, grind-it-out league for good reason. When cold, winter winds blow over those states, real football comes out to play. This league isn’t the Pac-12 out West or SEC in the South, where mild temperatures and rain highlight your late-November forecasts. Despite how the Big Ten is perceived around the country, the conference churns out some serious offensive firepower.

Two-time Big Ten Offensive Player of the Year winners like Purdue’s Drew Brees and Penn State’s Saquon Barkley are rewriting the NFL record books. Heisman Trophy winners like Michigan’s Desmond Howard, Wisconsin’s Ron Dayne and Ohio State’s Troy Smith took home conference hardware and showed out on a national stage. The list goes on, but 2019’s winner could be one of the league’s best ever before he’s done in Columbus, Ohio.

Ohio State quarterback Justin Fields received the Big Ten’s Graham-George Offensive Player of the Year honor, as well as earning the Griese-Brees Quarterback of the Year award, for the 2019 season. The First-Team All-Big Ten quarterback leads the nation’s No. 1 scoring offense and ranks third in college football with 282 points responsible for ? that latter number trailed only Jalen Hurts and Joe Burrow during the regular season.

Despite sitting for stretches of blowouts on the College Football Playoff committee’s top-ranked team, Fields leads the Big Ten in passing efficiency (192.1), ranks second in total offense per game (260.3 yards), and his 10 rushing touchdowns rank fourth heading into the Big Ten Championship Game on December 7 in Indianapolis.

The 2019 college football season was the year of Ohio State. Ryan Day was named Big Ten Coach of the Year via the media vote ? Minnesota’s P.J. Fleck won the coaches vote ? and Chase Young won both Defensive Player of the Year and Defensive Lineman of the Year.