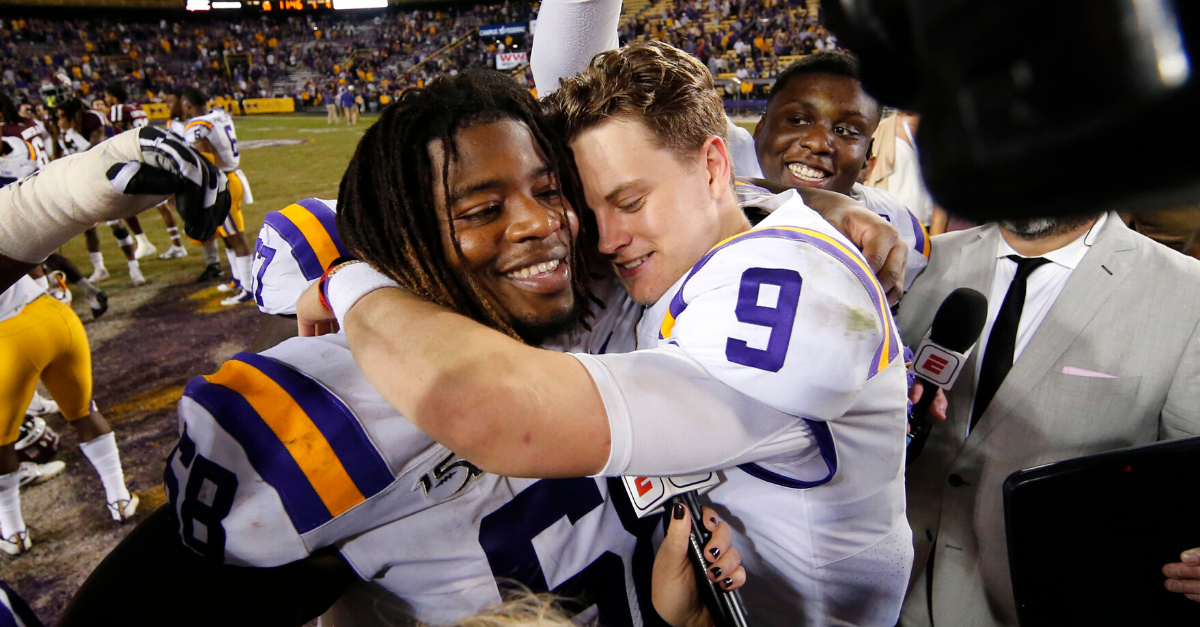 Johnny Unitas was the original quarterback. Despite the University of Louisville product being a ninth-round pick, cut by the Pittsburgh Steelers, and relegated to semi-professional football, “The Golden Arm” became one of the greatest players in NFL history. From 1956 to 1973 ? all but one year was with the Baltimore Colts ? Johnny U reached 10 Pro Bowls, was named the NFL’s Most Valuable Player three times, won three NFL championships, then won Super Bowl V. He quarterbacked “The Greatest Game Ever Played” and set an NFL record by throwing a touchdown pass in 47-straight games, which stood for 52 years.

Those incredible accolades and on-field accomplishments are not what the Johnny Unitas Golden Arm Award is all about, though.

The Johnny Unitas Golden Arm Foundation created this award to honor the nation’s top quarterback who exemplifies everything it means to be a leader in college football. The award is presented to young men who are college seniors or fourth-year juniors.

“The winner of the Golden Arm Award is recognized not only for his athletic accomplishments, but also for his character, citizenship, scholastic achievement, leadership qualities, and athletic abilities,” says John Unitas Jr., who serves as president of his father’s foundation. “Despite my Dad?s outstanding accomplishments, he never forgot his humble beginnings, and this won him a permanent place in the hearts of all who ever knew him.”

Check out all the action from the 2018 Johnny Unitas Golden Arm Award Presented by @AOSmithHotWater with @GardnerMinshew5 taking home the spoils. A deserving winner who will honor the legacy of this award in the best way possible. Congrats Gardner!
.#InnovationLeaders @WSUCougFB pic.twitter.com/VFu1Ki4Npz

The 2018 winner, Washington State’s Gardner Minshew, is proving his leadership and work ethic during a breakout rookie season with the Jacksonville Jaguars. Following in his footsteps, another graduate transfer quarterback who exploded onto the national stage is taking home the hardware in 2019.

Where to begin with the impact of LSU quarterback Joe Burrow in his final season in Baton Rouge? Here are a list of the senior’s accomplishments leading up the SEC Championship Game against the Georgia Bulldogs:

On top of that, Burrow is a finalist for the Davey O’Brien Award, Maxwell Award, and is the heavy favorite to bring the first Heisman Trophy back to Louisiana State University since Billy Cannon in 1959.

Off the field, the pride of Athens High School in Ohio found a home in Baton Rouge, showed his love for the LSU community on senior night, has an entire documentary tracking his legacy, and is one of the most beloved LSU players of all time.

Burrow is the first LSU quarterback to win the prestigious award.

Burrow will be honored on December 11 in Baltimore, Maryland. The award ceremony is hosted by the Johnny Unitas Golden Arm Educational Foundation, Inc. and A. O. Smith Corporation, and 2012 winner and Kansas State University legend Collin Klein will be this year’s keynote speaker.