Andrew Luck Retired. Now, Shut Up and Stop Calling Him a “Quitter” 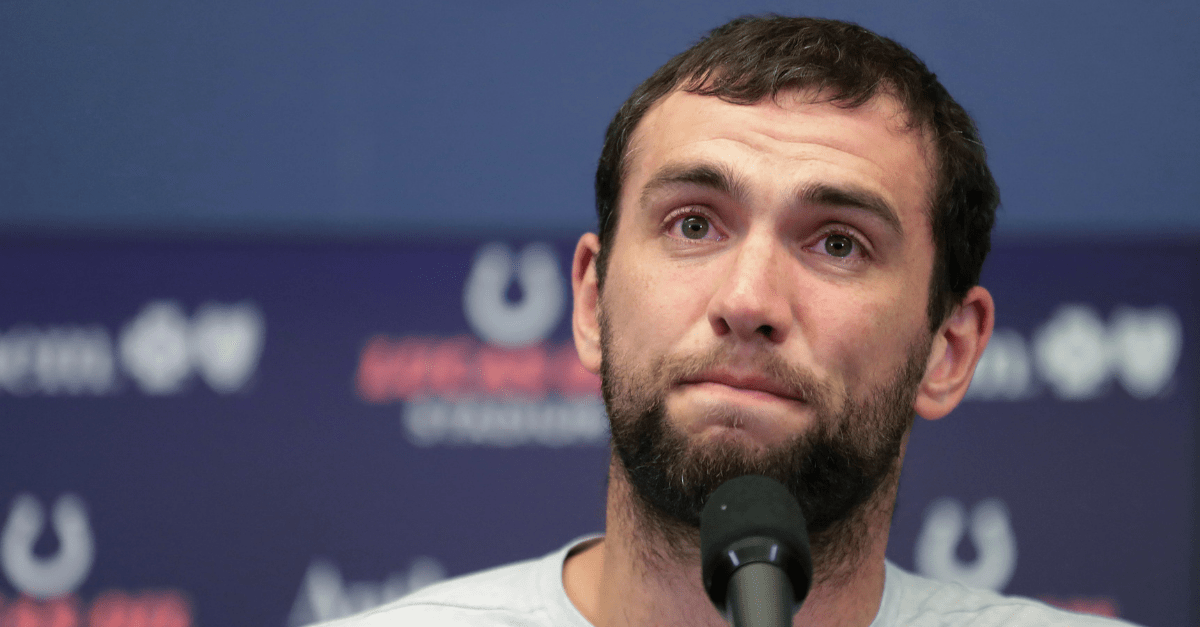 That is how former Indianapolis Colts quarterback Andrew Luck began an emotional press conference announcing his sudden and surprising retirement from the NFL. After being selected as the No. 1 overall pick in the 2012 NFL Draft, the two-time First-Team All-American from Stanford proved how transcendent a talent he was by making four Pro Bowls, winning NFL Comeback Player of the Year last year, and setting numerous records, including breaking Peyton Manning’s single-season mark for passing yards with the Colts (4,761).

Beneath an unrivaled mind, enough charisma to fill five locker rooms, and being the best leader in pro football, Andrew Luck was killing himself.

Why Did Andrew Luck Retire?

In 2015, he suffered a shoulder injury and had torn cartilage in his ribs. Later that year, he suffered a lacerated kidney and was pissing blood. In 2016, he sustained a concussion and only missed one game. In January 2017 came the shoulder surgery that would cause him to go on injured reserve and miss an entire season. During training camp this preseason, a mysterious calf strain and “small little bone” injury kept him on the sidelines.

ESPN’s Adam Schefter reported the news, saying in a tweet that Luck was simply “mentally worn down.”

“I know that I am unable to pour my heart and soul into this position, which would not only sell myself short but the team in the end as well,” Luck said, fighting back tears.

Filed to ESPN: Andrew Luck has informed the Colts he is retiring from the NFL, per source. There will be a press conference Sunday to make it official, but Luck is mentally worn down, and now checking out.

This man, literally, gave his body to the city of Indianapolis. He was once the highest-paid NFL player in history and still had three years left on his six-year, $140 million contract. If he were to play that out ? he’d be 32 when his next contract came ? Luck could easily have received a new contract in the ballpark of 40 to 50 million dollars per year.

Still, some Colts “fans” and football “fans” crucified Luck’s impromptu life decision on social media. Not only that, after news of his sudden retirement came out, booing rained down on Luck as he left Lucas Oil Stadium for the final time following Indy’s 27-17 NFL preseason game loss to the Chicago Bears on Saturday night.

Only one word comes to mind: pathetic.

This is sickening. This guy gave seven years and decided to retire due to injuries, his health & his wellbeing. Yet, fans still boo? No one knows what Andrew Luck has been through except Andrew Luck. We should all respect & understand his decision.pic.twitter.com/s7tKGLVRnC

Honestly, I don’t give a shit about Andrew Luck’s health. He knew what the NFL was all about prior to draft day. He’s just a quitter who hasn’t done anything special on the field.

Folks, Andrew Luck IS a quitter. He selfishly bailed on his teammates who had Super Bowl aspirations. Quit on fans who paid his salary for years. Abandoned a franchise and set them back 3 years. People have a right to be upset about that. Doesnt make him wrong. Both are true.

It’s pathetic that fans who sit on their couches eating pork rinds and drinking PBR on Sunday afternoon’s could trash a beloved player making a decision to save his body. It’s pathetic Luck’s legacy is even in question considering he single-handedly carried the Colts to four playoff appearances, led 20 game-winning drives (fourth-most since he entered the league) and was sacked 174 times across 86 career starts.

Andrew Luck deserved better than that. As for those Indianapolis Colts fans who are burying him and burning his jersey, they deserve a decade of losing football. Maybe then they’ll appreciate just how great Andrew Luck really was.

Owner Jim Irsay, coach Frank Reich and new starting quarterback Jacoby Brissett are left to pick up the pieces for the AFC South contenders. Only time will tell how much of an impact Andrew Luck’s retirement will have on the franchise.