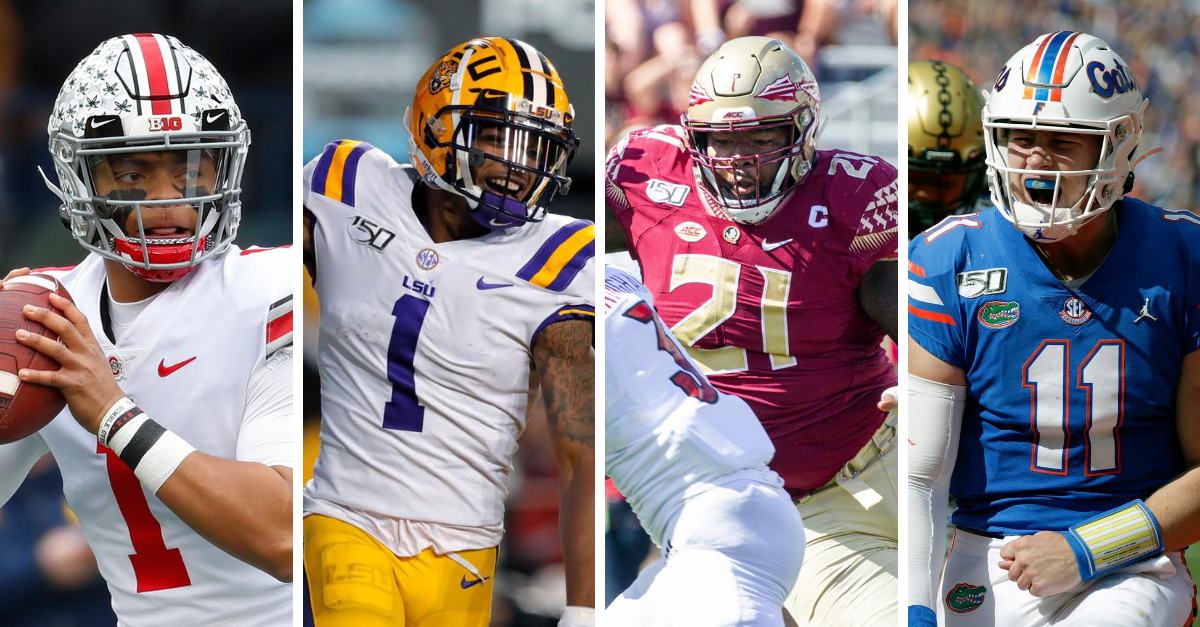 Aside from the Heisman Trophy, The Maxwell Award is college football’s most prestigious individual honor. Current NFL stars like Cam Newton (2010), Derrick Henry (2015) and Baker Mayfield (2017) were named Maxwell Award winners during their careers as college player of the year. It’s safe to say that the “Other Award” took on a life of its own as the headlining honor at ESPN’s annual Home Depot College Football Awards Show.

Just beyond the mid-way point of every season, the club announces the semifinalists for the Maxwell Award, then trims their selections down a small handful of finalists as the most dominant players in college football. From Oregon to Clemson and everywhere in between, these players make up an incredible batch of talent.

The award is named after Robert “Tiny” Maxwell, an All-American player at Swarthmore College who became a renowned coach, referee, reporter and champion of the game in the early 20th century. He was posthumously inducted into the College Football Hall of Fame in 1974.

The Best Player in America

Touchdown-tossing quarterbacks, workhorse running backs and immovable defenders dominate the first Maxwell Award preseason watch list. Here are the 90 outstanding players to watch out for from all across the country headed into a coronavirus-laden schedule for the 2020 college football season.

The 2020 Maxwell Award Watch List has dropped! Check out some of the best players in college football! #maxwellaward #maxwellfootball #ncfaa pic.twitter.com/r0yZIEM62g