Herschel Walker Voted the Greatest College Player of All Time 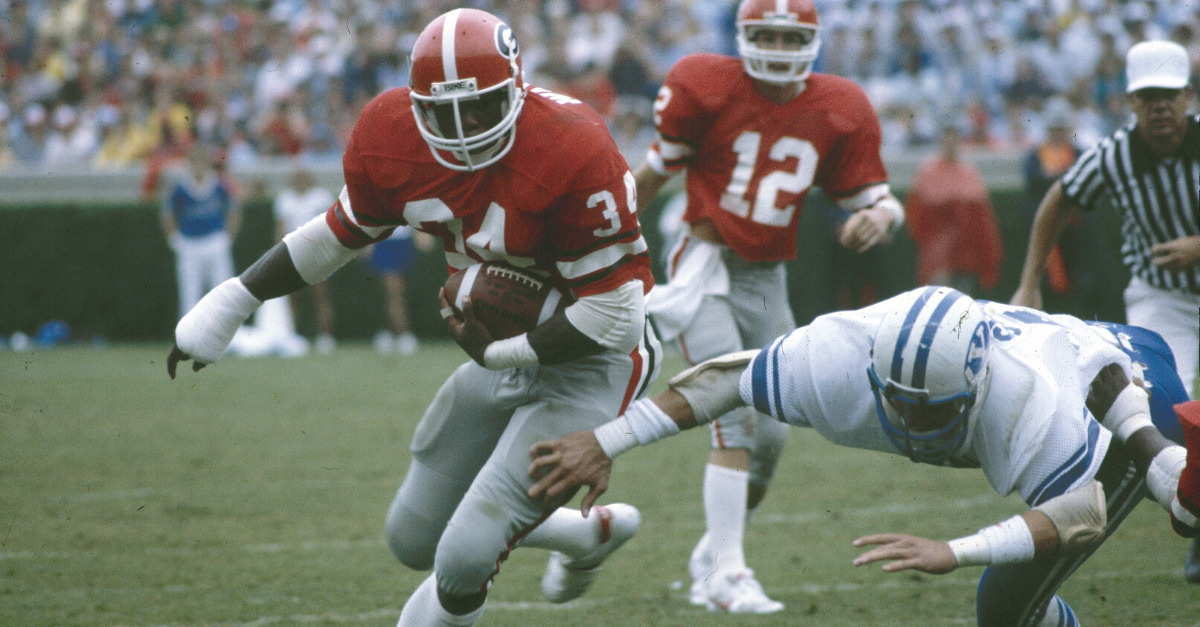 The greatest college football player of all time is definitely subject to debate. Some believe it’s Barry Sanders. Others might think it’s Tim Tebow or even Bo Jackson. There really is no true correct answer, but that hasn’t stopped anyone for compiling their own GOAT lists.

According to Sporting News, which conducted a poll of 54 voters featuring former players and media members, the greatest college football player ever is none other than former Georgia Bulldogs running back Herschel Walker.

Before he was a USFL and NFL superstar, Walker was an absolute stud in Athens. It’s hard to argue against this selection, especially considering the numbers he posted during his college days.

For three seasons at UGA, Herschel Walker terrorized opposing defenses. The 6-foot-1, 225-pound running back compiled 5,259 rushing yards and scored 53 total touchdowns. He was a three-time Consensus All-American, three-time SEC Player of the Year, won a national championship in 1980 and the Heisman Trophy, Maxwell Award, and Walter Camp Award in 1982.

He’s even the first and only player to ever take a live mascot to the Heisman Trophy ceremony.

There’s no doubt Walker is deserving of any award, and Sporting News named him the best of the best in NCAA college football history.

54 great college football minds, including former players and media members, voted on the best players of all time.

That list to decide the best college football player is completely stacked. It features several Heisman Trophy winners and Hall of Fame selections. Yet, it’s Walker who was tabbed the greatest player of all.

From NCAA records to becoming a Heisman winner, there wasn’t much Herschel Walker didn’t do for his Georgia football team every single season. His career will never be forgotten.