Alabama’s Best Clean Up at the College Football Awards 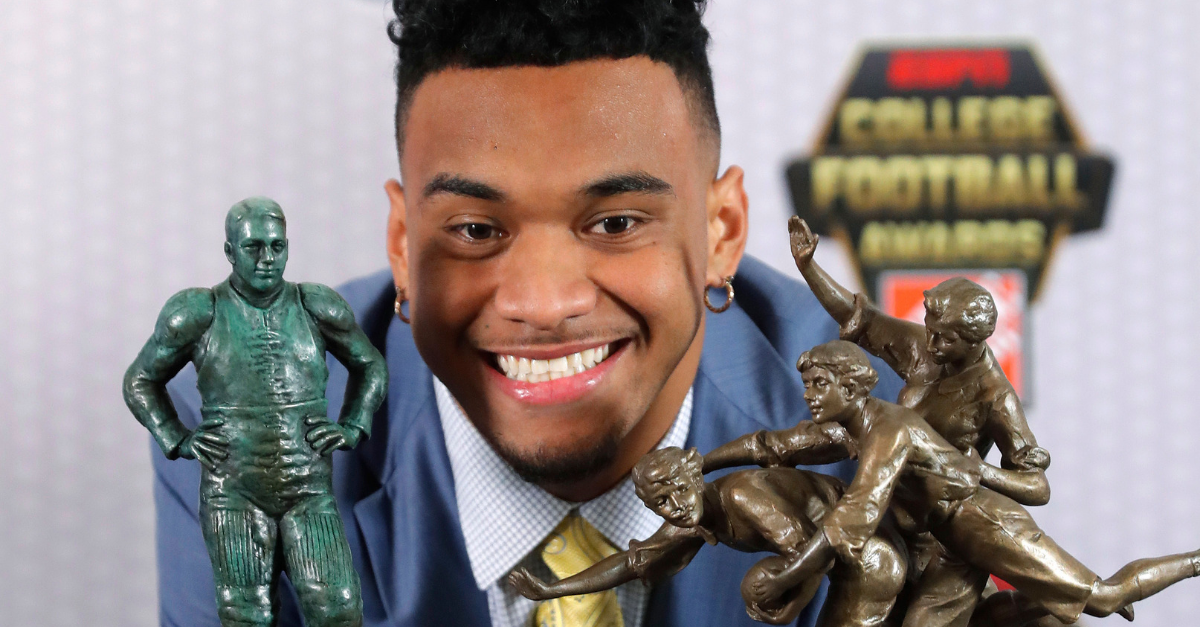 After an undefeated regular season, their fifth SEC Championship in seven years, and yet another berth in the College Football Playoff, it’s safe to say the Alabama Crimson Tide football team is the toast of Tuscaloosa once again.

At the yearly College Football Awards ceremony in Atlanta, the honors were presented to the top players at their respective positions, college football’s coach of the year, and as well as a few others. Of the 14 awards given, the Crimson Tide led the way with six finalists, and they took home four of the awards, the most of any program in 2018.

Given to the nation’s most outstanding interior lineman, there was probably no one more deserving based on sheer impact than the 6-foot-4, 295-pounder from Birmingham.

Williams burst on the scene in 2018 to rack up 66 tackles, 18 tackles for a loss, and eight sacks during his first year as a full-time starter. Williams’ draft stock is rising, and he beat out Clemson defensive tackle Christian Wilkins and his teammate, junior right tackle Jonah Williams, who Quinnen called “the best player I’ve ever played against” in his acceptance speech.

While he wasn’t given the Davey O’Brien Award as the nation’s top quarterback, the sophomore from Ewa Beach, Hawaii came away with the Maxwell and Walter Camp Awards, both given to the college football player of the year as determined by NCAA head coaches, sportswriters, and the Maxwell Football Club and Walter Camp Football Foundation.

Tua Tagovailoa takes home both awards over players like Oklahoma quarterback Kyler Murray and West Virginia quarterback Will Grier. The Crimson Tide’s star quarterback shined all season, and he accepted the awards wearing a walking boot as he recovers from a high ankle sprain. He is “right on schedule” in his rehab process and expects to return for the CFP semifinal against Oklahoma on December 29.

For reference, the last four Maxwell Award winners went on to win the Heisman Trophy.

Aside from the Crimson Tide athletes who took home hardware, here are the rest of the honorees from Thursday night’s ceremony:

Description: College Punter of the Year

The Home Depot Coach of the Year