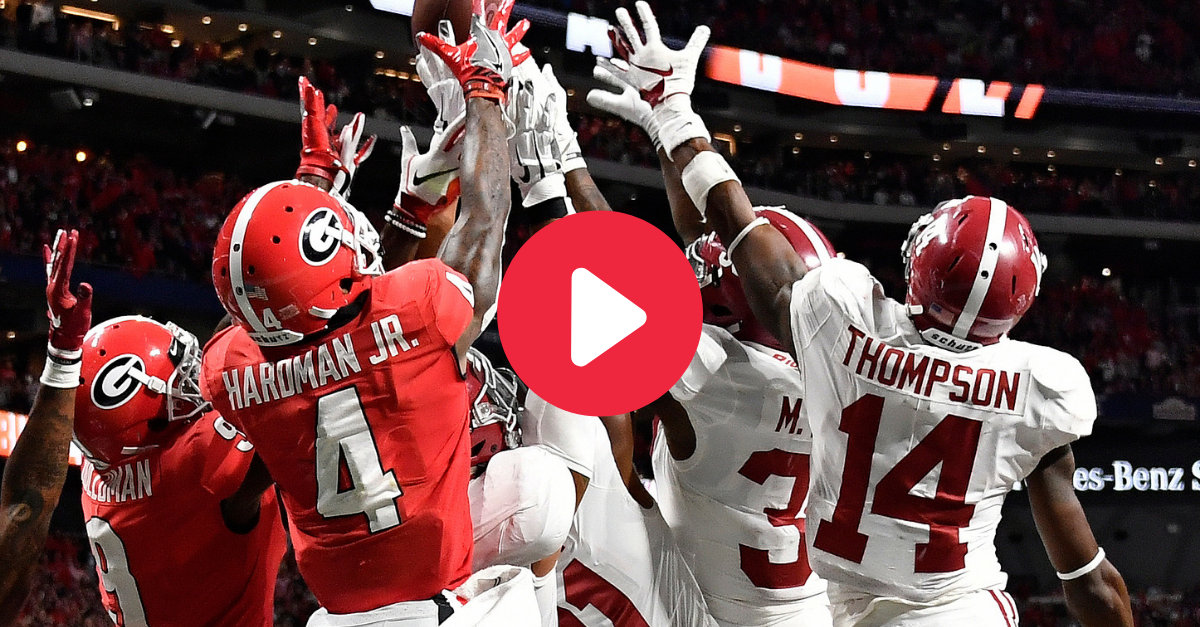 It’s not hard to find heated college football rivalries all across the country. Whether in-state bragging rights are on the table or two states battle it out for supremacy of the region, there really is nothing like a good rivalry.

In the Southeastern Conference, two programs stand head and shoulders above the competition. Since 2000, both the Georgia Bulldogs and Alabama Crimson Tide have won a share their respective divisions nine times. They’re the cream of the crop in the SEC, and the shows these giants put on the last few seasons is becoming nothing short of the most important rivalry in all of college football.

After meeting almost every regular season up until 1965, and bouncing between Birmingham and Athens, the Georgia-Alabama rivalry gave the Crimson Tide a 40-25-4 advantage as of the 2018 SEC Championship game.

With both programs not likely to fall off any time soon, prepare for this rivalry to just keep getting better. Alabama coach Nick Saban is under contract through 2025, and Georgia head coach Kirby Smart is tied to the Bulldogs’ program until 2024, so these teams are going to keep improving and will likely continue to meet for the SEC championship.

After one of the most exciting title games in recent memory, when Alabama survived in overtime to beat Georgia, 26-23, in the 2018 College Football Playoff national championship game, these two backed it up with Alabama’s come-from-behind win, 35-28, to take home the 2018 SEC title in Atlanta at Mercedes-Benz Stadium.

These two years featured must-see games boasting two of the best rosters in the country, and one fan put together a hype video that’ll have you on the edge of your seat waiting for the next installment of this massive rivalry.

RELATED: Georgia RB Trucks Sideline Reporter, Then Asks Her on a Date

About 275 miles separates Tuscaloosa, Alabama and Athens, Georgia. In 2020, the Bulldogs and Crimson Tide will square off in a massive regular season SEC game that will play a huge role in determining who gets the committee’s praise for a berth in College Football Playoff, and who will likely take the lead in the race for another national title.

Forget Auburn-Alabama. You can keep Florida-Georgia. If recent history is any indication, the newest and most important SEC rivalry is Alabama-Georgia, and it’s only getting better.

This article was originally published December 6, 2018.

MORE: Alabama’s 2020 Schedule Isn’t What the Tide Are Used to Seeing