Think Tua Tagovailoa Lost the Heisman Trophy? Not a Chance. 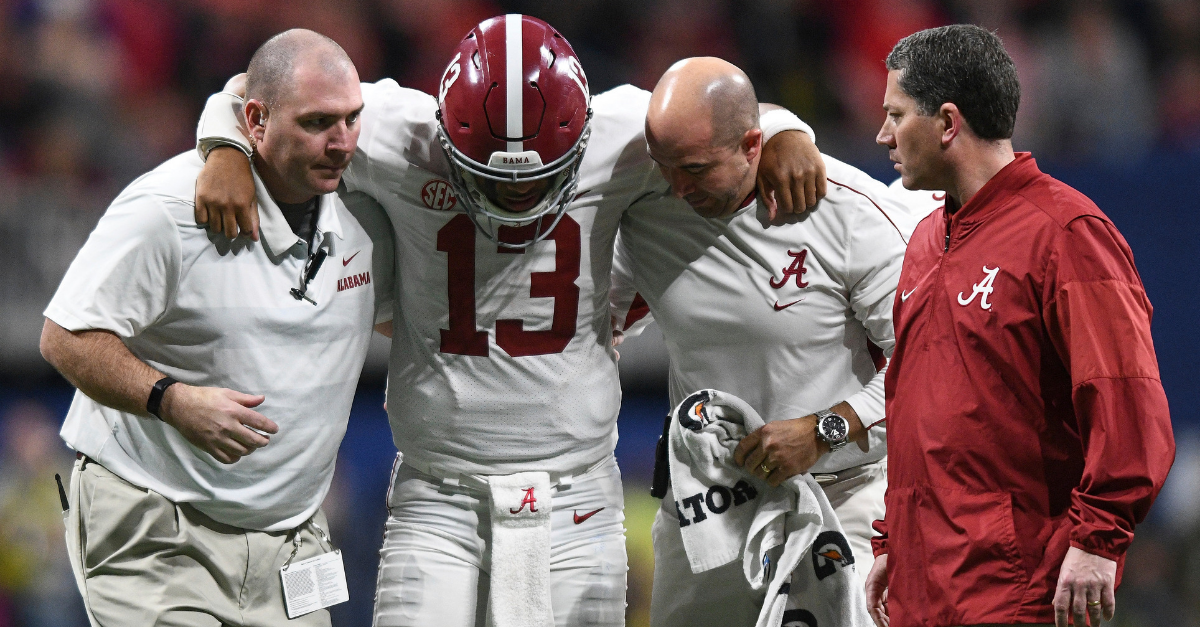 Ever since he entered the College Football Playoff national championship game back in January, Alabama quarterback Tua Tagovailoa set the world on fire with his powerful arm, incredible efficiency and a personality that is hard for anyone to dislike. The kid from Ewa Beach, Hawaii came a long way to Tuscaloosa, and he’s done it in grand style.

After a rough showing in the SEC Championship game, when Jalen Hurts played the hero this time around, the lasting image of Heisman voters is going to be Tagovailoa’s two interception performance, and the star quarterback limping off the field with an ankle injury. If that’s going to diminish what this sophomore did during the regular season, then the system is flawed, because Tua deserves it more than anyone.

Do you know what quarterback has the most games in one season in college football history with a passing efficiency rating over 200.0? That’d be Tua Tagovailoa’s 2018 season with NINE — For reference, the all-time single season record by that metric is 198.9 last year by Baker Mayfield.

Nine times the Crimson Tide scored more than 40 points, five times Tagovailoa finished a game with four or fewer incomplete passes, and he completed a pass longer than 40 yards in 10 different games this season.

Need more proof of how impressive Tagovailoa was this season? His statistics in the fourth quarter for the ENTIRE year are this: 4-for-8 passing for 69 yards and one touchdown pass.

Translation: this Alabama Crimson Tide quarterback is so good, he didn’t even need to play in an entire game this year.

When you compare Tua to the other Heisman Trophy finalists, Oklahoma quarterback Kyler Murray was almost equally as efficient, but he played the Big 12 Championship game against a Texas defense that allowed 401.2 yards per game this season. On the other side, Ohio State quarterback Dwayne Haskins trumps both of them in total numbers, but a bad loss to Purdue basically throws the Big Ten champion too far out of the picture.

When you look at the impact of one player, take into account what Tagovailoa did for head coach Nick Saban’s team in just one season, regardless of total numbers and one bad game against the Georgia Bulldogs.

The flying Hawaiian made Alabama something it wasn’t in the past: an offensive juggernaut. When you look back on how incredible of a season he had, and the fact that he only had to play an entire game once against the LSU Tigers, this kid is absolutely the Heisman winner and deserves to hoist the trophy on Saturday night in New York.

The case can be made against him, but to judge him based on one bad game where he played injured against Georgia, is a discredit to how incredible Tua Tagovailoa’s season actually was.

If Tagovailoa doesn’t takeover as Heisman winner following former Sooners QB Baker Mayfield, then all eyes will be on the playoff semifinal between No. 4 Oklahoma and No. 1 Alabama when the best player will be decided on the field.