Gardner Minshew’s Mustache Song was the Start of ‘Minshew Mania’ 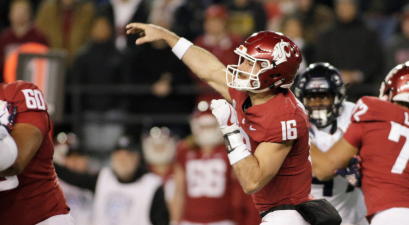 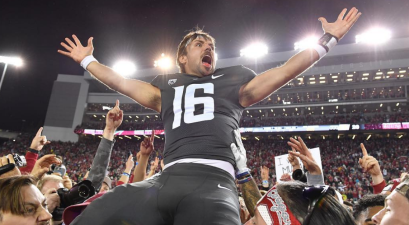 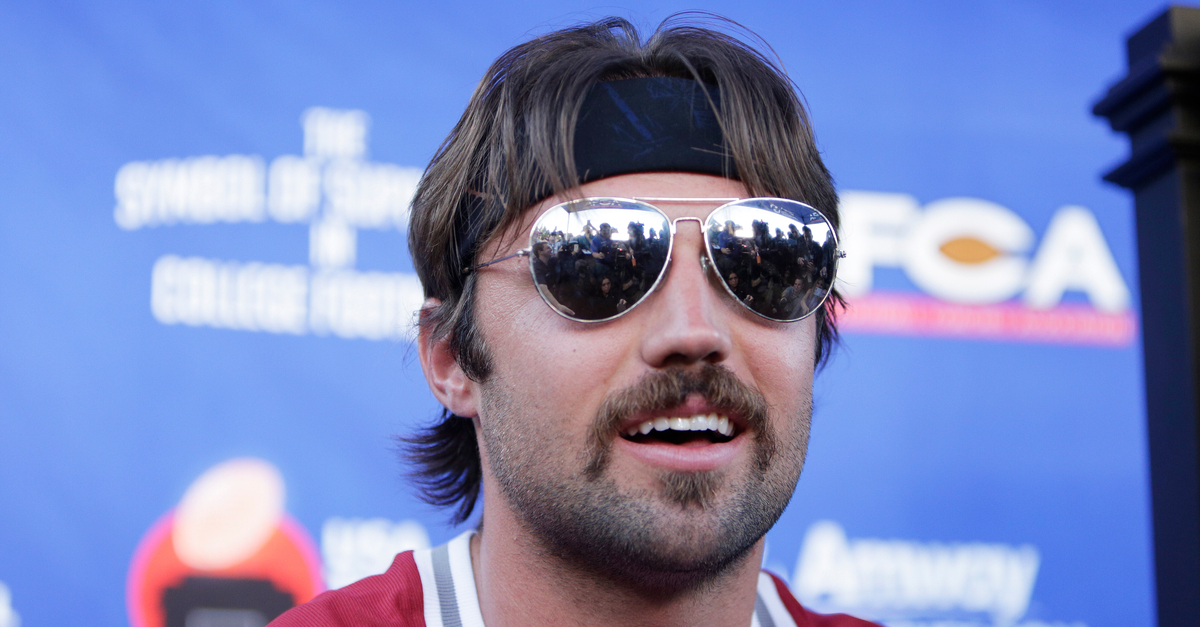 In case you did not pay one ounce of attention to college football last year, Washington State quarterback Gardner Minshew became the gridiron hero nobody knew we needed. The senior graduate transfer filled up box scores, tallied some impressive wins, and had the Cougars in the hunt for a College Football Playoff berth.

It would have been hard to predict the 6-foot-2, 220-pound signal caller as a legitimate Heisman Trophy candidate before the season, but it happened. He completed over 70 percent of his passes for 4,325 yards with 36 touchdowns and just seven interceptions in leading No. 8 WSU to a 10-1 mark before facing the No. 16 Washington Huskies in their Pac-12 season finale.

Oh, and Minshew has a phenomenal mustache and was given a tribute song ahead of the Apple Cup. Seriously, the “Mississippi Mustache” song is a real thing thanks to Seattle Mariners public address announcer Tom Hutlyer.

As if the hype and hysteria of College GameDay going to Pullman wasn’t crazy enough, or if listening to Washington State head coach Mike Leach share incredible and hilarious insights on a weekly basis wasn’t wild enough, the college football world was awarded an official song dubbing Minshew as the “crimson’s Superman” who can lead the Cougars to victory over the in-state rival Huskies.

“His right arm is a cannon, he’s nimble on his feet.

When he gets a-rollin’ there’s no way he can be beat.”

And more gems in the second verse:

“He beat the Buffaloes and Cowboys in the high thin mountain air.

The Ducks and Beavs and Cardinal, the Wildcats and the Bears.

He even got ol’ coach Mike Leach to wear that famous ‘stache.”

Really, the whole song is worth listening to just once because there are some hilarious lyrics throughout the folk song dedicated to the Flowood, Mississippi native and former quarterback of Brandon High School, Northwest Mississippi Community College and East Carolina.

Unfortunately, WSU lost the Apple Cup to Washington, 28-15, but the Mississippi Mustache song still lives on.

Minshew Mania in the NFL

Minshew Mania certainly continued to the NFL, too. After an injury to starting Jacksonville Jaguars quarterback Nick Foles, Minshew, who was selected in the sixth round of the 2019 NFL Draft, took the league by storm as a rookie.

After being thrust into action in Week 1 against the Kansas City Chiefs, Minshew used his air raid talent to pick up his first-career NFL win against the Tennessee Titans in Week 3. His first official start came against the Houston Texans.

From touchdowns to ESPN features, Gardner Minshew II is now a household name down in Florida with his new football team, and it all really came to life with a random song last year.

This post was originally published on November 21, 2018 before it was updated to include Minshew’s rise in the NFL.