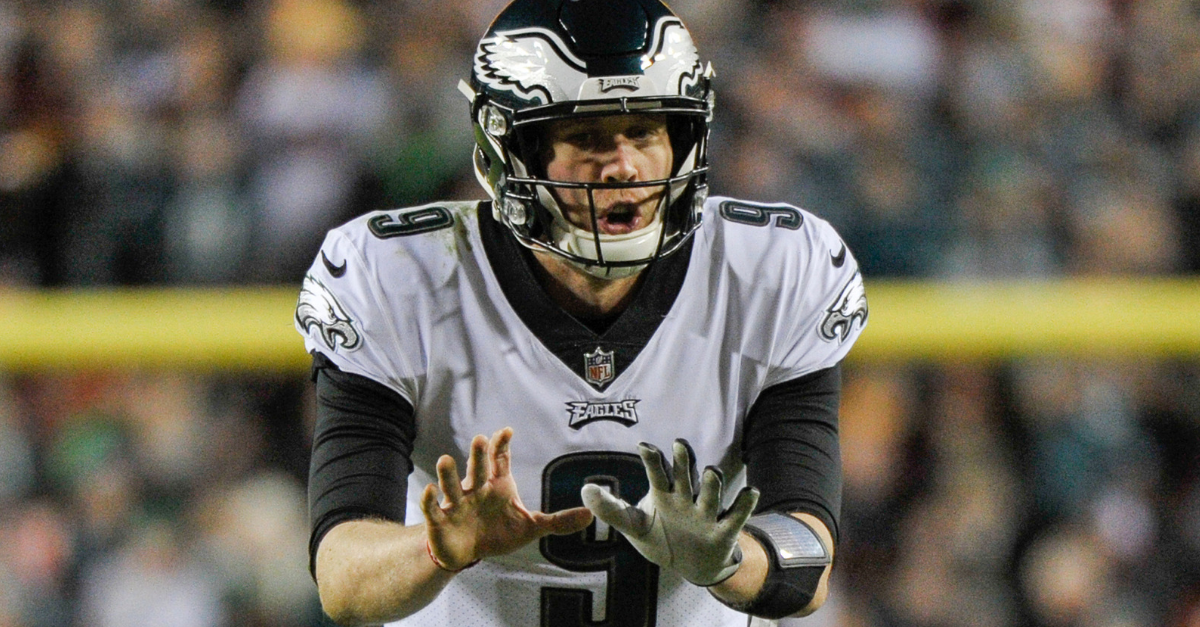 On the very first day of NFL free agency, teams tossed money around like they were playing a casual game of NFL-opoly. It?s no surprise the top players were getting paid in rather ridiculous fashion, but it?s still outrageous to think about all of the bank transactions that happened within a few hours.

It was only a matter of time before former Philadelphia Eagles quarterback Nick Foles would find his new team and it came within hours of the free agent market officially opening. The former Super Bowl MVP will take his talents to the Jacksonville Jaguars next season.

On Monday, Foles and the Jags agreed to a four-year, $88 million deal with over $50 million guaranteed. Not too shabby, huh?

This was obviously a massive get for Jacksonville, which is very over the Blake Bortles Experiment, and it helps the 30-year-old Foles hit the reset button and have the opportunity to be the clear-cut franchise quarterback.

A former third-round pick in the 2012 NFL Draft by the Eagles, Foles also had stints with the St. Louis Rams and Kansas City Chiefs before returning to Philadelphia and delivering one of the most iconic plays in NFL history ? The Philly Special.

As long as he stays healthy, the football world gets to see what a Nick Foles-led team looks like from start to finish. He?s obviously proven he can win big games, but he?s never really been that guy at all times with having to live in the shadows of quarterback Carson Wentz.

The #Jaguars are expected to release QB Blake Bortles when QB Nick Foles’ deal is official and signed, I’m told. Will be a few days. But Bortles will be free.

In 2018, Foles, an Austin, Texas native, completed 72 percent of his passes for 1,413 yards with seven touchdowns and four interceptions. Most notably, he went 4-1 as a starter last year.

Now, Foles gets the keys to a new offense under head coach Doug Marrone. He has some nice weapons, too, including running back Leonard Fournette and wide receiver Dede Westbrook.

It?s going to take some time to adjust, for sure, but Nick Foles definitely gave up a franchise tag and free cheesesteaks for life for a big pay day and a beach. Nobody should blame him, either.