Thanks to This New Statue, The “Philly Special” Will Now Never Go Away 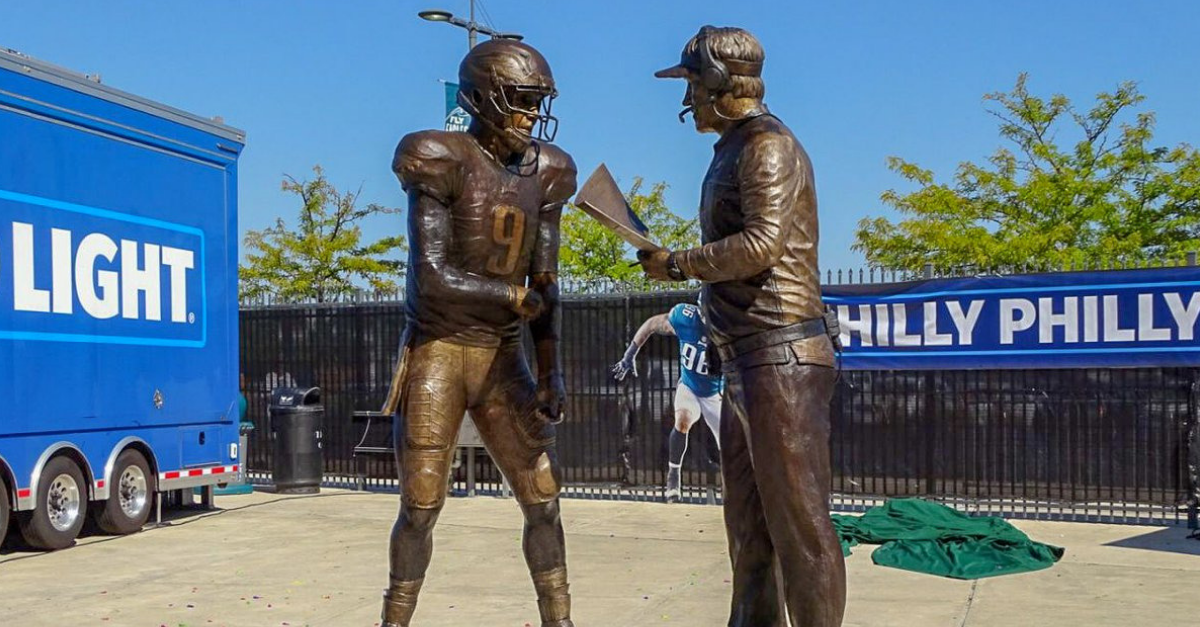 When your team wins the Super Bowl, you can do whatever you want. Philadelphia Eagles fans have proven that to the football-watching world after their beloved team beat the New England Patriots in Super Bowl LII to hoist the Lombardi Trophy.

Rewatch the game randomly in the streets a good six months later? Sure. Make your gender reveal a replica of the game?s most iconic play? Of course. Put up billboards to troll the opposing fan base right outside their own stadium? Why not?

If this whole celebration wasn?t already out of hand this summer, the legendary ?Philly Special? conversation between quarterback Nick Foles and head coach Doug Pederson is now in the form of a statue inside the Headhouse Plaza at Lincoln Financial Field in Philadelphia, Pennsylvania.

Thank you, Bud Light. The world needed another reminder of that trick play on fourth down that helped the Eagles take a double-digit halftime lead and capture their first-ever NFL championship.

The best part? The conversation is at the base of the statue, just in case any Philly, Philly fans forgot it and needs to include it in their wedding vows this fall.

.@NFoles_9 made the call, made the touchdown and made history. #PhillySpecial

What?s scary is this statue will remain outside the Linc ?for at least this season,? according to NBC Sports Philadelphia, with the possibility of it being a permanent fixture.

Seriously? It?s awesome the Eagles won and all, and they have every right to celebrate, but the fact this might be a permanent statue so soon is mind blowing. Chances are it will be, too.

It has taken the San Fransisco 49ers over 35 years to put a statue of ?The Catch? outside of Levi?s Stadium as a fantastic memorial to the late Dwight Clark. And on the iconic scale, ?The Catch? is certainly higher up than the ?Philly Special.?

It?s officially time to give the ?Philly Special? a rest for a little bit. Thank goodness the NFL regular season starts this week.