The early days of college football on college campuses didn’t look much like the modern football games that Americans watch today. The games were unregulated and brutal. Although the Nov. 6, 1869 game between Rutgers University and College of New Jersey (Princeton University) is largely viewed as the first college football in American history, the game used modified London Football Association Rules. The first game that looks like today’s football games wasn’t played until years later. Popular rivalries such as Harvard and Yale, and Alabama and Auburn formed shortly thereafter.

From injury statuses of key players, breaking news regarding coaches, commentary from popular sports analysts and more, FanBuzz keeps college football fans up to date on what’s going on with their favorite teams, how their rival teams are doing and more. From commitment announcements to Heisman contenders, keep up with important college football news and highlights here. 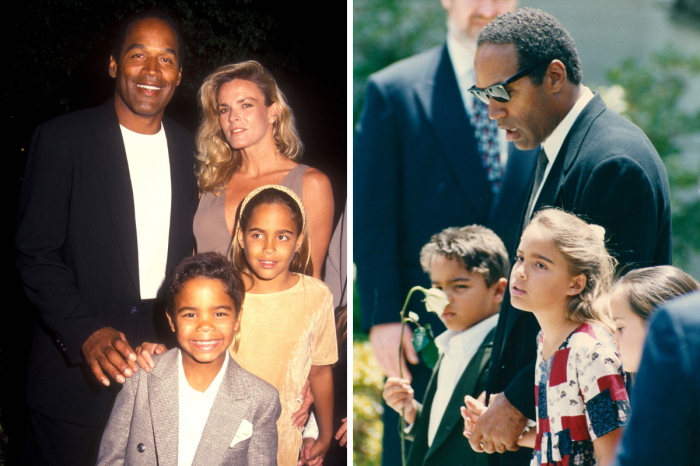 College Football What Happened to O.J. Simpson’s Kids & Where Are They Now? Karl Rasmussen, The League 7:55pm, May 14

The infamous story of O.J. Simpson is one every sports fan has heard. The former USC and Buffalo Bills running… 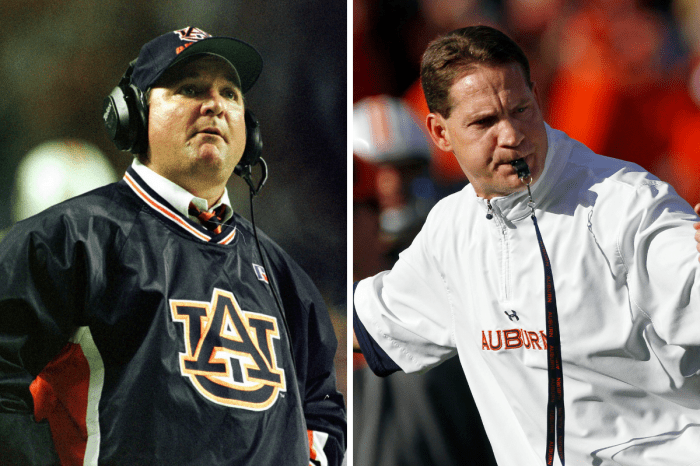 Gus Malzahn's time as the head coach of the Auburn Tigers has concluded. The man who first rose to prominence… 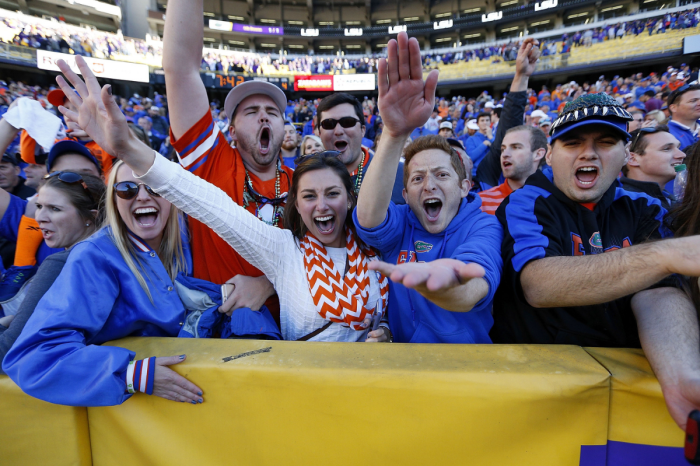 The University of Florida is home to some of the SEC's greatest traditions and pastimes. Nothing pumped up the crowd… For the Auburn Tigers, the 2010 college football season was magical and historic. From quarterback Cam Newton winning the Heisman… 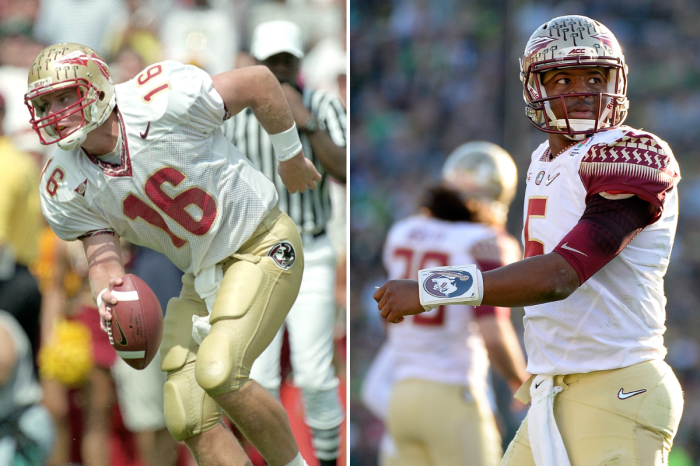 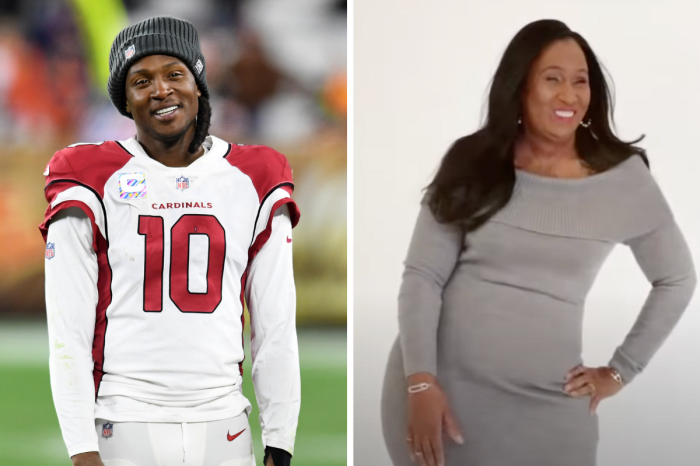 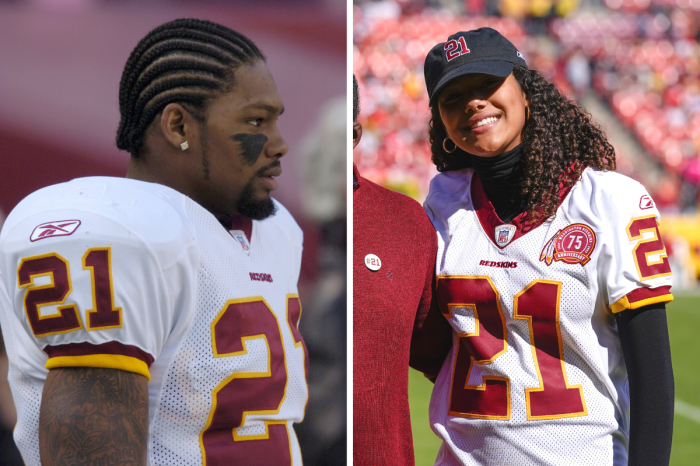 College Football Sean Taylor’s Daughter Jackie is Carrying on His Athletic Legacy Daniell Marlow, The League 10:30am, May 1

Nearly 14 ago, Washington Commanders, then-Redskins, free safety Sean Taylor left this world too soon. When an act of violence… 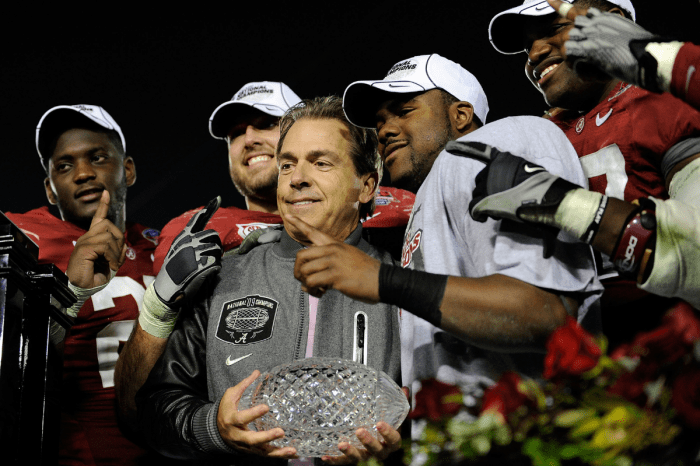 Alabama “If I Had to Pick One…” Nick Saban’s Favorite Alabama Win is One of His Best John Duffley, 1:06pm, April 30 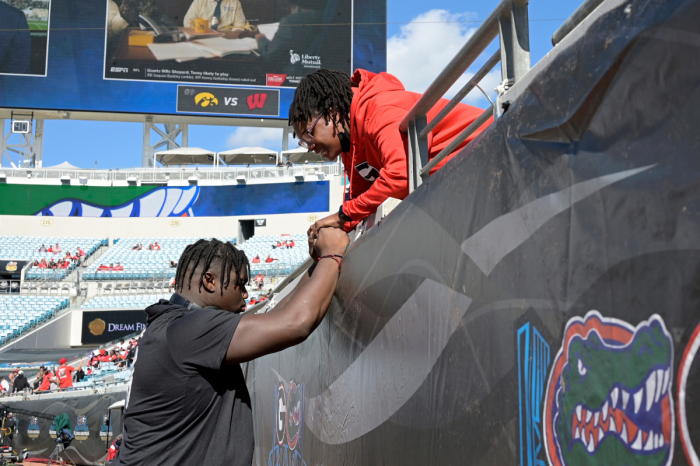 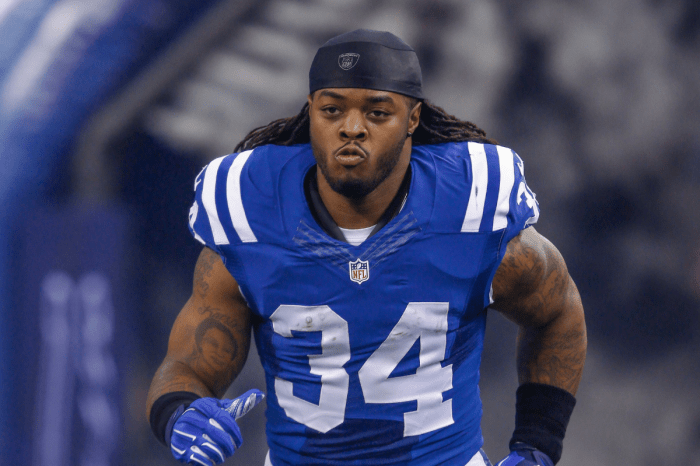 Alabama Trent Richardson Was An NFL Draft Bust, But Where Is He Now? Patrick Pinak, Staff Writer 2:00pm, April 27

At the height of his playing career, Trent Richardson was unstoppable. The 5-foot-9 running back resembled a bowling ball when… The last game that defensive tackle Jordan Davis played in was a victory in the CFP National Championship against Alabama.… 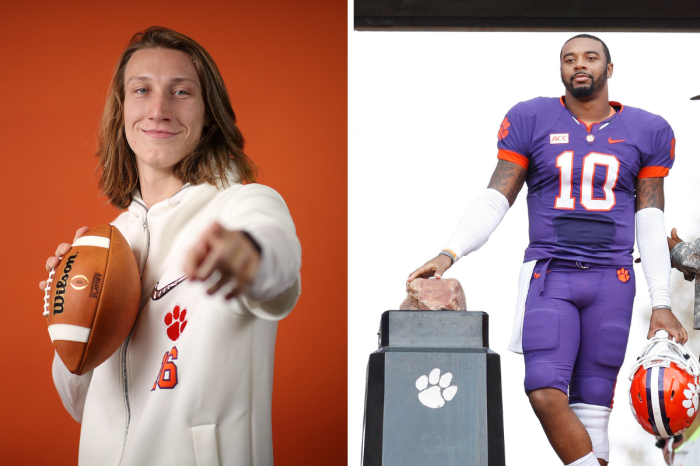 Ever since Dabo Swinney arrived in South Carolina to take over Clemson football, the landscape changed. The Tigers have become… College Football The Dip Behind the Drip: How Sauce Gardner Got His Nickname Patrick Pinak, Staff Writer 3:45pm, April 26

When he's off the field, Ahmad Gardner is a reserved kid who admits he's never smoked or drank alcohol. When… 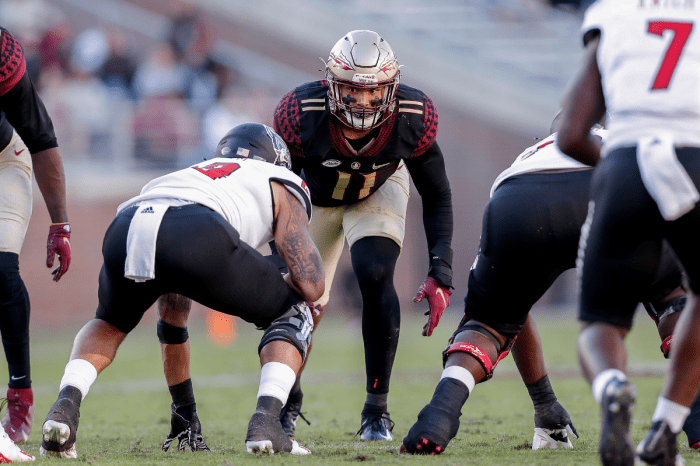 It’s been a long and winding road through college football, but defensive end Jermaine Johnson II has put himself in… 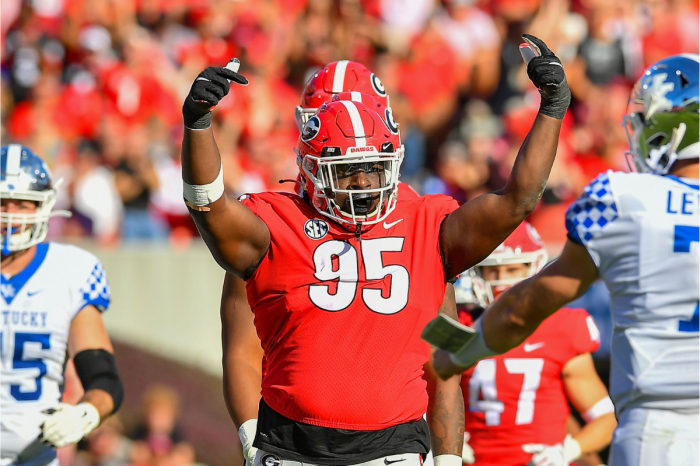 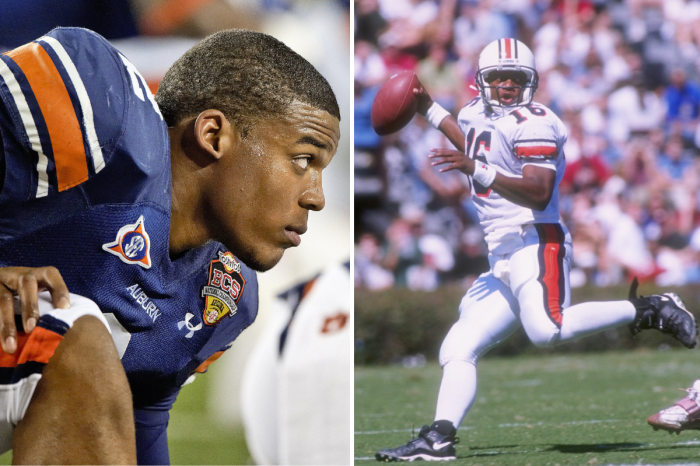 By now, it's no secret. Auburn University has produced some of the greatest quarterbacks in SEC and college football history.… Ole Miss quarterback Matt Corral had college football fans asking "Who is this kid?" left and right during the first… 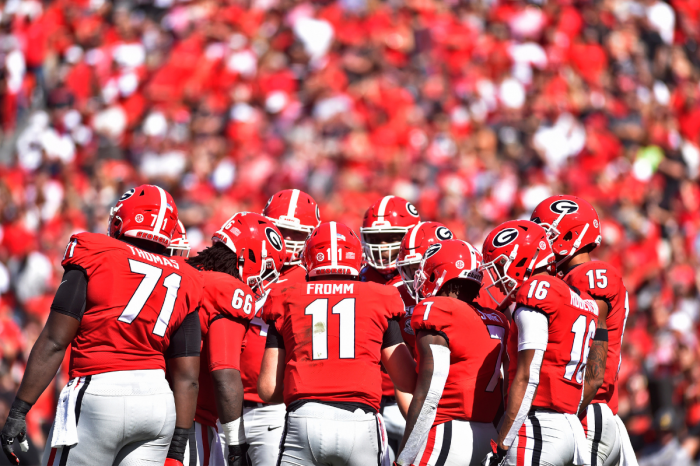 There are certain pieces of information every true Georgia Bulldogs fan should have memorized. The University of Georgia being established…

Alabama “If I Had to Pick One…” Nick Saban’s Favorite Alabama Win is One of His Best John Duffley, 1:06pm, April 30 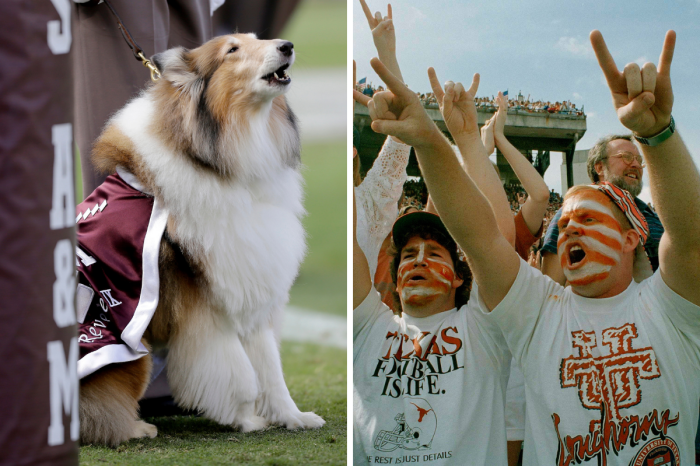 The best college football mascots are live mascots. Change my mind. From the adorable Uga the bulldog that roams the sidelines on University of… LSU What Happened to JaMarcus Russell and Where is the Former NFL QB Now? Chris Picaro, The League 11:34am, April 14

Anyone who knows football remembers the name JaMarcus Russell. The former No. 1 overall pick is considered to be one… The Florida State Seminoles have a plethora of terrific and talented players in their history. Thinking about some of the great…

The University of Florida is home to some of the SEC's greatest traditions and pastimes. Nothing pumped up the crowd… 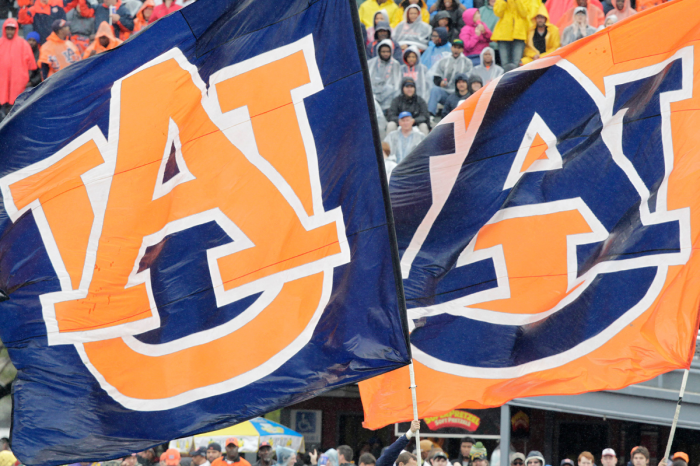 The Southeastern Conference is full of history, traditions and rivalries. Mascot thievery and degrading chants are just a way of…

By now, it's no secret. Auburn University has produced some of the greatest quarterbacks in SEC and college football history.…

There are certain pieces of information every true Georgia Bulldogs fan should have memorized. The University of Georgia being established… 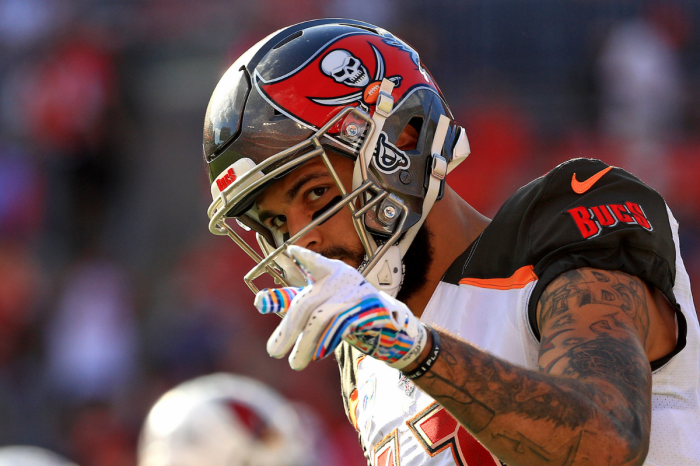 The best part about sports aren't the conference titles and national championships a team delivers. (Although those are pretty nice,…

The 2017 Florida Gators basketball team wasn't a team of destiny quite like the 2006 and 2007 national championship teams.…