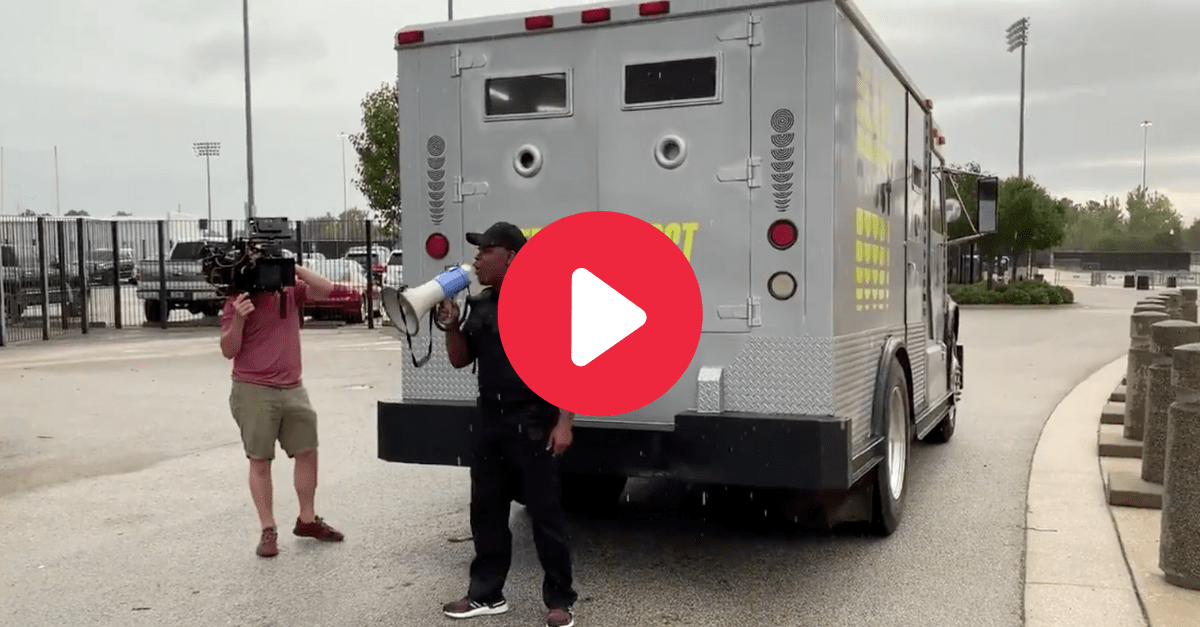 No one’s ever confused Jacksonville Jaguars cornerback Jalen Ramsey for being soft-spoken. Last summer, the two-time Pro Bowl selection gave his opinion on every quarterback in the league, and he sure didn’t hold back. The fifth-overall pick in the 2016 NFL Draft is one of the league’s top defenders, evidenced by his peers voting him the 17th best player in the NFL during the 2018 season.

And with two years remaining on his rookie contract, Ramsey isn’t pulling any punches. The outspoken defensive back is in the market for a new deal, and he made sure the Florida-based franchise know he’s ready to be paid like the lockdown corner he is with an elaborate arrival at Jaguars training camp on Wednesday.

A fake, gray Brinks truck pulled up outside TIAA Bank field. With the words “Feel The Boost” painted in neon green lettering along the back doors, a man dressed in full armored truck driver gear stepped out with a megaphone. As onlookers gathered around, the hype man (played by comedian Ha Ha Davis) gave an introductory speech for the ages.

Afterwards, who should step out of the back of the faux-money truck? None other than Jalen Ramsey.

“Y’all know what time it is! This man’s coverage is so good, he could have his own cell phone service. The man’s so good, they’re finna give him his own jail, called Jalen Towers, because these receivers are on 24-hour lockdown. If you check his pockets, he got eight master locks in his pockets. They are locked down all season. The man, the myth, Jalen Ramsey.”

There have been some wild training camp entrances in the past, but this year, the award for “Most Creative” goes to the two-time All-American at Florida State University.

Since entering the league, Ramsey’s started all 48 regular season games for the Jaguars, recording 44 passes defended (4th-most in NFL) and nine interceptions in that span. Only two veteran All-Pro selections ? Los Angeles’ Casey Hayward and Detroit’s Darius Slay ? match those numbers over the last three seasons.

Ramsey is owed $3.6 million in base salary, plus another $3.8 million in signing bonus money this season. The Jaguars already exercised the fifth-year option on his contract and owe the 24-year-old $13.7 million during the 2020 season. And if a deal doesn’t get done, NFL teams will be lining up with massive new contracts during free agency in 2021.

The way NFL players are choosing to sit out and bet on themselves these days, the writing is on the wall for Ramsey to potentially do just that if Jacksonville doesn’t sign him to a long-term contract extension. And for the work he’s put in during his young NFL career, the Jags might need a real Brinks truck in order to keep their superstar cornerback happy for the foreseeable future.