Jalen Ramsey Fires Off Shots at Nearly Every NFL Quarterback 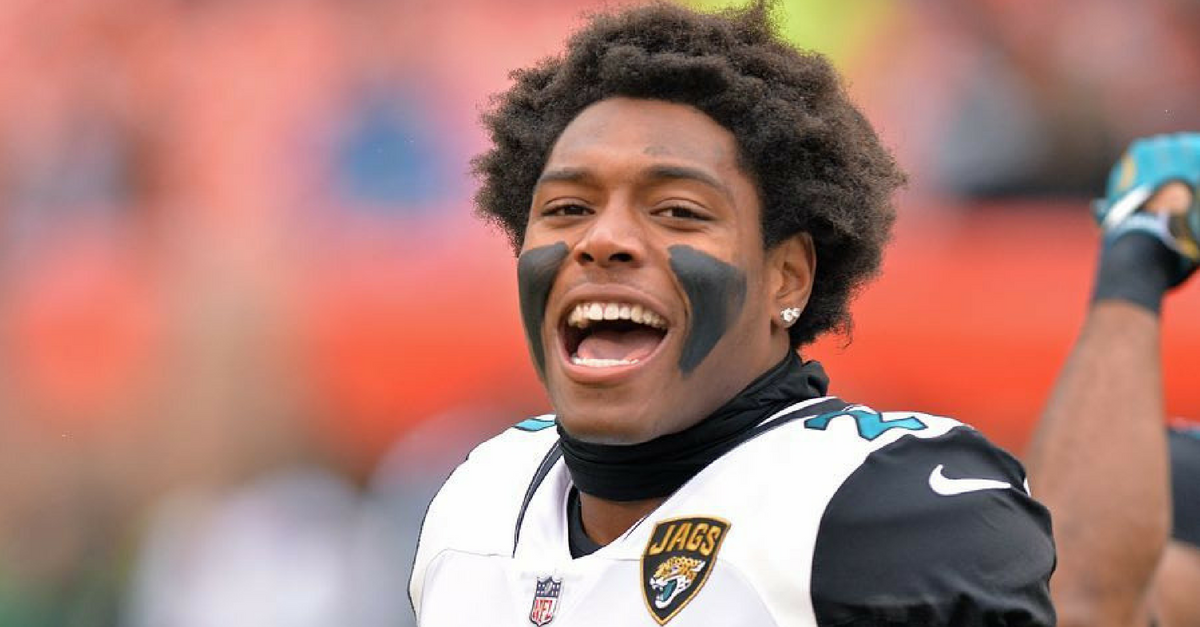 BREAKING: Jacksonville Jaguars cornerback Jalen Ramsey is really good. He was named first-team All-Pro last year and was voted the No. 17 player in the league by his peers in NFL Network’s Top 100 Players of 2017.

The 23-year-old is never shy to speak his mind, including when he was suspended earlier this week after calling out a local reporter for a fight that happened at Jaguars training camp. In a recent interview with GQ magazine, Ramsey let us know exactly what he thinks about each quarterback in the NFL.

The Florida State Seminoles alum, who is a two-time first-team All-ACC selection and was a consensus All-American in 2015, knows a thing or two about quarterbacks.

The fifth-overall pick in the 2016 NFL Draft has recorded 31 pass deflections and six interceptions in two NFL seasons and is making the case that he is the premier cornerback in the game. He’s a quarterback’s worst nightmare, and he’s the best player on Jacksonville’s insanely talented defense.

When Jalen Ramsey has something to say, maybe we should just shut up and listen.

Excited to share a glimpse of how I got here & the people who made it all possible … & we still at it. -2.0 pic.twitter.com/4K2E26BIXW

In his interview with the lifestyle magazine, Ramsey offered up his opinion of quarterbacks from around the NFL. From someone who has seen more than his fair share of passers throwing his way, there are few opinions more validated than Ramsey’s.

From the Atlanta Falcons to the Buffalo Bills, take a peak at what he said about the quarterbacks from all around the NFL.

“If all those teams were wanting Baker [Mayfield] so bad ? Baker compares better with Lamar [Jackson] than any of those other quarterbacks. So if they want that type of quarterback?confident, get out the pocket, throw on the run, big plays, charisma ? then yeah, I understand Baker going number one.”

“I would’ve picked [Lamar Jackson] earlier than 32. I think he’s gonna do a good job. Especially with the [Baltimore Ravens’] offensive coordinator ? he likes running quarterbacks, likes that read option.”

“And just being honest about it, [Joe] Flacco sucks. I played him two years in a row. He sucks.”

“I think [Josh] Allen is trash. I don’t care what nobody say. He’s trash. And it’s gonna show too. That’s a stupid draft pick to me. We play them this year, and I’m excited as hell. I hope he’s their starting quarterback. He played at Wyoming. Every time they played a big school?like, they played Iowa State, which is not a big school in my opinion because I went to Florida State, and he threw five interceptions, and they lost by a couple touchdowns or something like that. He never beat a big school. If you look at his games against big schools, it was always hella interceptions, hella turnovers. It’s like: Yo, if you’re this good, why couldn’t you do better? He fits that mold, he’s a big, tall quarterback. Big arm, supposedly. I don’t see it, personally.”

“Aaron Rodgers does not [suck].”

“I think Tyrod Taylor is actually a better quarterback than he gets credit for, because he does not make mistakes. He’s honestly a Marcus Mariota type player, where he manages a game really well, always has them at least in position to be in the game late in the game.”

“Just cause when they beat us, his hype picked up. They were like, ‘He beat the number one defense.’ It was all schemes. He didn’t beat us. It wasn’t like he diced us up. It was literally all schemes… But if you know how to work within your scheme then it means you’re good. I guess you could say he’s good.”

“He’ll be the league MVP in a couple years. One hundred percent. There’s not even a debate about that. Him and Carson Wentz, for every year starting now until five to 10 years, it’s gonna be them two. They’re that good.”

“I think Russell is good. I think he’s just a really good leader, too.”

“I think he’s decent at best? It’s not Big Ben, it’s [Antonio Brown]. Big Ben slings the ball a lot of the time. He just slings it, and his receivers go get it. He has a strong arm, but he ain’t all that. I played him twice last year, and he really disappointed me. He’ll be in the Hall of Fame and all that.”

“I’m a fan of Drew Brees. I think Drew Brees really good, even at this age. He still runs. Everything.”

“I don’t really think he’s that good. Him and T.Y. [Hilton] had a connection in the past that made him stand out a little bit more, but I don’t think he’s good.”

“I don’t know much about him. I haven’t heard the greatest of stuff about him but I don’t know him personally so I can’t tell you. I don’t watch their games either.”

“I think Matt Ryan’s overrated. You can’t tell me you win MVP two years ago, and then last year, you a complete bust, and you still got Julio Jones? There’s no way that should ever happen. I don’t care. You know what that tells me? That tells me [Offensive Coordinator Kyle] Shanahan left, went to San Francisco… And now Garoppolo is a big name… Alright, well, was it really you, or was it your coach?”