Popular guy on the basketball team notices girl with glasses. Girl gets a makeover, takes off glasses and gasp she's beautiful. Guy asks girl out. They hit it off and learn there's more beneath the surface. They hit a roadblock but find out they truly care about each other. They reconcile and live happily ever after.

This is how I envision every high school relationship because that's what every teen drama from 1995-2003 outlined for me. I call that the golden era of romance.

For LeBron James and Savannah Brinson, their high school love story started with a simple date and turned into something sweet and lasting. Well, you can also add in a furniture line, a lifetime shoe deal, a mentorship program, a career as a philanthropist as well as photoshoots and spreads in Vanity Fair, Cleveland Magazine, and Harper's Bazaar. And we're not even talking about walking the red carpet for "Space Jam: A New Legacy."

I was floored. You're telling me the school's most popular girl didn't publicly embarrass the girl who's coming out of her shell? And the guy didn't have an emotional growth moment that made him realize his values are shallow?

I had to learn the origins of their story. 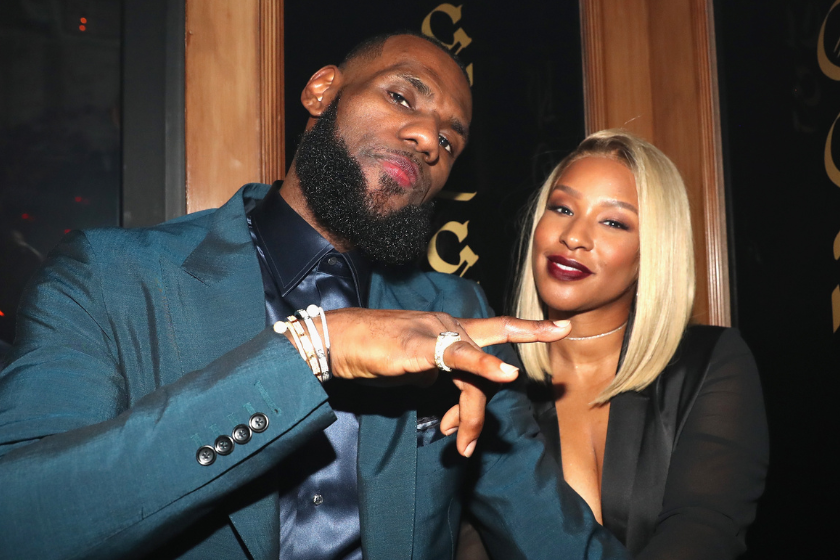 LeBron and Savannah met in their hometown of Akron, Ohio.

James famously exploded onto the national scene on the cover of Sports Illustrated while playing at St. Vincent-St. Mary High School. Savannah was a cheerleader and softball player at a crosstown school.

He asked her out to a basketball game followed by a meal at Outback Steakhouse. (The evidence is still filing in on whether LeBron made the absolute rookie move of ordering a Bloomin' Onion. Top-tier appetizer, first-date wrecker.)

The date went well and the couple started going steady. LeBron was drafted No. 1 overall by the Cleveland Cavaliers in the 2003 NBA Draft. The couple was able to solidify their relationship with James staying close to Akron. 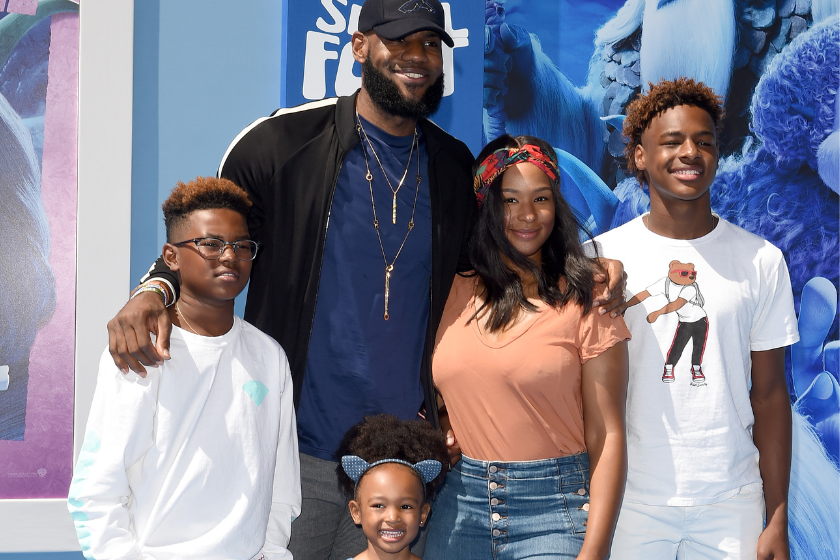 Following his rookie season, the couple welcomed their first child, LeBron James Jr., aka Bronny, on October 6, 2004. Three years later, their second son, Bryce Maximus James was born. The #JamesGang was rounded out in 2014 by daughter Zhuri Nova.

LeBron and Savannah can be seen sitting courtside at their children's games.

LeBron popped the question at a 2011 New Year's Eve party in France. He told Oprah Winfrey that proposing "felt like a Finals game."

"I had been thinking about it, you know, for a while but it just came to me one day and I was like 'this is a part of growth for me,'" he continued. "This is the lady and the woman I have been with through all the good and all the bad. She's been there for a long time and I wanted her to continue to be there with me, so I felt like at that moment it was time."

The weekend was capped by Beyonce and Jay-Z's full-band performance of "Crazy in Love."

LeBron and his wife Savannah make sure to give back to the community. With the support of his charity -- the LeBron James Family Foundation -- the NBA superstar opened the "I Promise School" in Akron in 2018 aimed towards helping at-risk children.

In 2019, Mrs. James launched "Women of Our Future", dedicated to female mentorship and academic support in Akron. The couple has been profiled by Vogue for their philanthropic work. 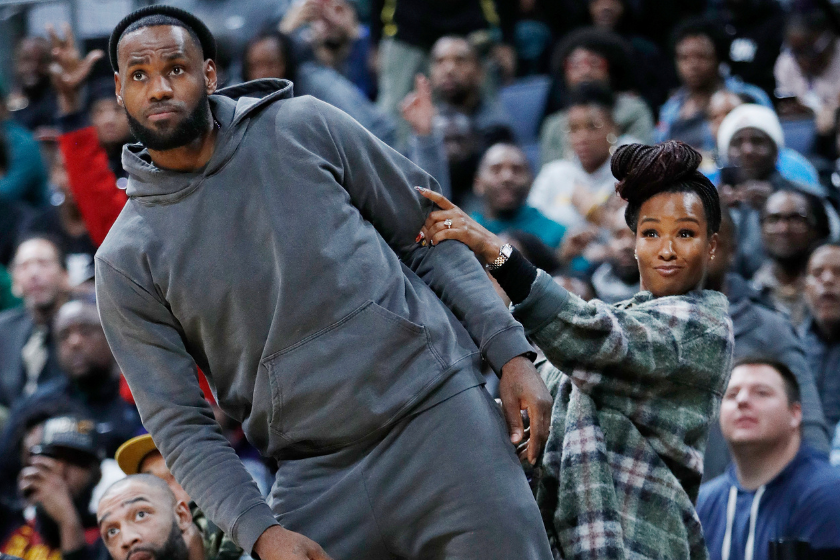 Savannah has been King James' rock through his entire rise to superstardom. The four-time NBA MVP and Los Angeles Lakers forward may be one of the best basketball players of all time and make the rules on the court, but Savannah is the rule-setter at home.

When LeBron isn't playing in the NBA Finals or being compared to Michael Jordan, you can find him goofing around with his family on social media and TikTok, brimming with excitement every #TacoTuesday.

To my amazement, I learned not all high school relationships end with a public confession of reciprocated feelings trailed by a slow clap from an onlooking crowd only for them to break up a month into college to find one's self.

It's refreshing to see a young love story subvert expectations.

This article was originally published April 27, 2020, and has been updated since.