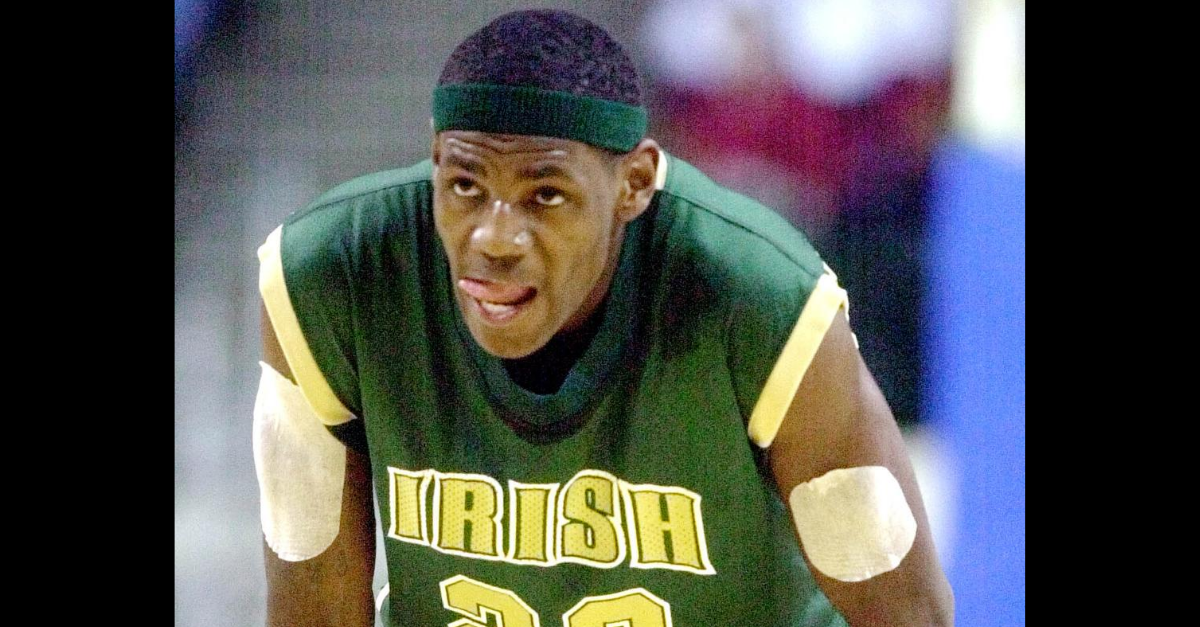 The proclamation was bestowed on the cover of Sports Illustrated.

LeBron James was a high school junior. Math tests were put aside. Homework became secondary. The 17-year-old became basketball’s prophetic savior. Following the SI cover story, the dynamic basketball player embraced his status by tattooing his new title across his back.

“Chosen 1,” it read. Talk about calling your shot.

Heavy Is The Head that Wears The 👑. Been that! And I’m Still Standing Upright & Strong!

Anything less than legendary would be seen as failure. Luckily, LeBron has been nothing but legendary. He’s exceeded expectations and grown into one of the greatest to ever do it, and he was sure of it as a teenager.

To commemorate LeBron’s eighth-straight NBA Finals appearance in 2018, a new Nike ad took us back to the day when the former Cleveland Cavaliers star publicized his new mantle. De-aging CGI brought the young LeBron James of St. Vincent-St.Mary’s High School back to life. The guy whose games attracted more fans than Akron University.

The ad induces hype about hype. The magazine cover was just the start. King James hasn’t slowed down since his oddly de-aged commercial self vowed to live up to his tattoo. Shortly after the commercial premiered, he recorded 51 points, 8 blocks, and 8 assists against the Golden State Warriors in Game 1, only for the Cavs to lose steam on a befuddled free-throw sequence. In the present, the Los Angeles Lakers superstar is primed to make another championship run.

Magic Johnson and Larry Bird reinvigorated the NBA. Michael Jordan made basketball a global phenomenon. Kobe Bryant is the closest to Jordan’s second-coming and the lethal Black Mamba.

“You sure this is what you want?” the tattoo artist asked.

If you aren’t sure, are you really the chosen one?

MORE: Anthony Davis’ Net Worth: “The Brow” Dunked His Way to Millions