Anthony Davis’ Net Worth: “The Brow” Dunked His Way to Millions 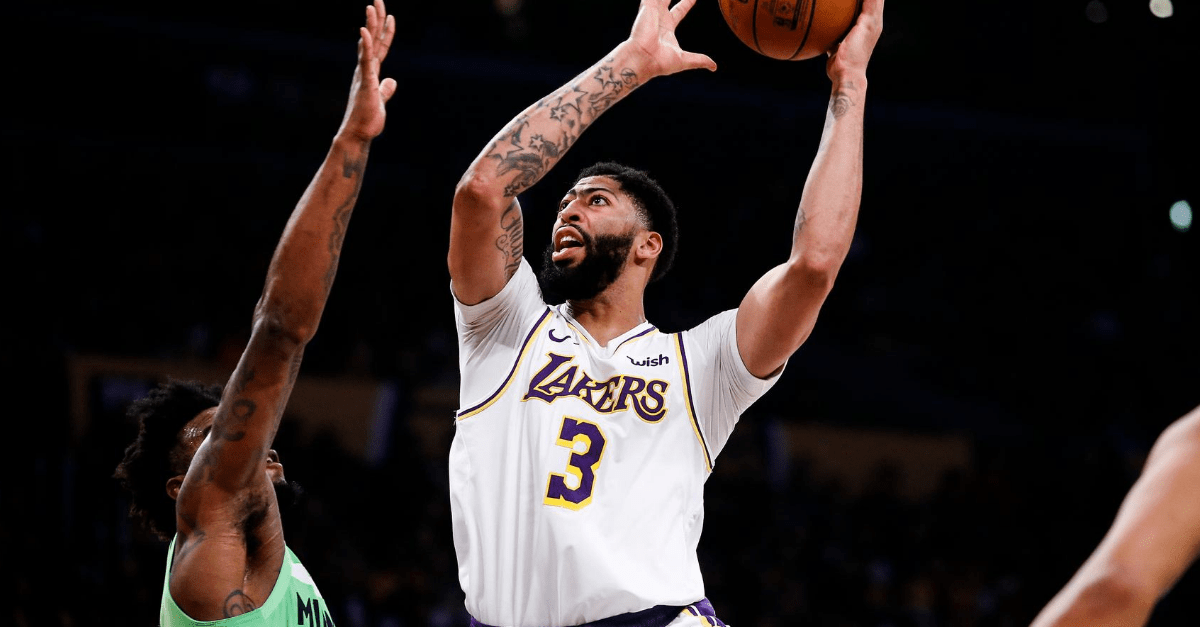 Anthony Davis has asserted himself as one of the best players in the National Basketball Association. His versatile offensive game is a worthy complement to a menacing defensive presence.

The Los Angeles Lakers power forward’s production on the court not only earned accolades but also fattened his bank account.

Davis was born on March 11, 1993, in Chicago, Illinois. He started his high school career at Perspectives Charter School as a guard and stood 6-feet tall at the end of his freshman season. A year later, he shot up to 6-foot-4. By the beginning of his junior year, he added another four inches, climbing to 6-foot-8 and gaining serious recruiting attention for his combination of size and backcourt skills.

Big-time colleges started calling. By the time his senior rolled around, he was a towering 6-foot-10 and a five-star recruit. He signed to play college basketball at the University of Kentucky under head coach John Calipari on November 10, 2010. The growth spurt machine ended his prep days playing in the McDonald’s All-American Game and Jordan Brand Classic, where he was named co-MVP with North Carolina’s James Michael McAdoo.

Davis’ freshman year performances and unibrow kickstarted a bright career. He anchored the Wildcats to the 2012 NCAA Championship behind impeding defense in the paint. After the season, Davis declared for the 2012 NBA Draft and was the first overall pick by the New Orleans Hornets. Later that summer, with Blake Griffin suffering a knee injury, he filled the last roster spot on the gold-medal winning USA National Team for the 2012 London Olympics.

The Brow continues to build an already decorated resume:

Per Spotrac, Davis has raked in $121,617,548 over eight seasons. A majority of those earnings come from a five-year, $145 million extension, with the final year being a player option, signed with the New Orleans Pelicans on July 9, 2015.

On January 28, 2019, the NBA player informed the Pelicans he would decline a contract extension the upcoming offseason and asked for a trade; He was fined $50,000 by the league for making his request public. On June 15, 2019, Davis received his wish and was traded to the Los Angeles Lakers in exchange for Lonzo Ball, Brandon Ingram, Josh Hart, and three future first-round draft picks.

The big man enters free agency this summer and reports indicate he’ll remain in Los Angeles. However, the coronavirus pandemic hindered the salary cap and Davis’ plans. According to The Athletic’s John Hollinger, he’s leaning toward a “2+1” three-year-max-deal with a player option after the second year worth an estimated $106.6 million. That positions the superstar for a lucrative five-year, roughly $250 million deal in 2022.

That would be the largest contract in NBA history.

According to Celebrity Net Worth, Anthony Davis’ net worth is estimated around $60 million. He’s primed to increase that number in the coming years. Meanwhile, he’ll concentrate on making a deep playoff run in Orlando by exposing defenses as half of a deadly pick-and-roll partnership with LeBron James.

MORE: LeBron James’ Net Worth: The King’s Wealth is Untouchable